Sharing a quick and simple recipe for a non-dairy milk alternative today: tiger nut milk, also known as horchata de chufa. It's creamy, delicious, and makes a wonderful alternative if you're looking for a nut-free, grain-free, coconut-free, and oil-free vegan milk.

I love making my own milks at home whenever I have the opportunity to. My body seems to enjoy them a lot more than the store-bought varieties (which have so much stuff added to them..) and plus then you can add lots of vanilla, cinnamon, a natural sweetener, etc. depending on how you're feeling. 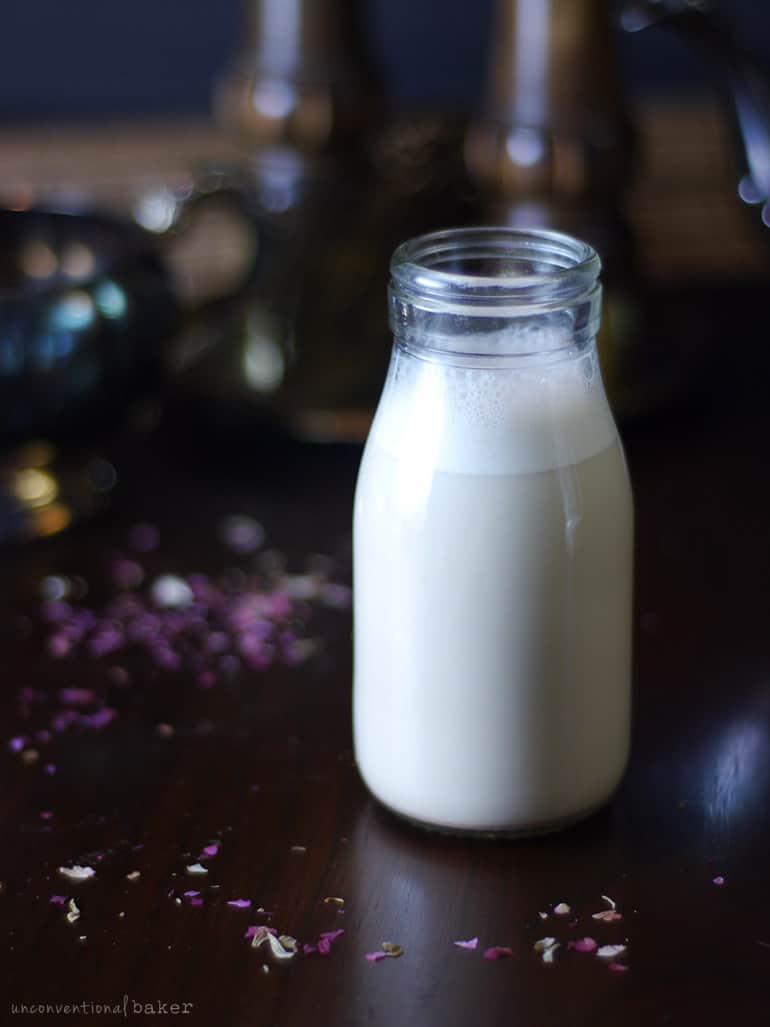 I've been using tiger nuts in recipes for quite a while now, though it wasn't until recently that I decided to start making plant milk out of them. These tigernut dessert bites from a little while back got me hooked on sliced tigernuts, which I've been using in all kinds of ways around the kitchen (like a breakfast topper, in baked goods, in unbaked goods.. :) . They're just so lovely, chewy, and naturally sweet. So it was only an instinctive next step to make a milk out of them. It turned out absolutely delicious. 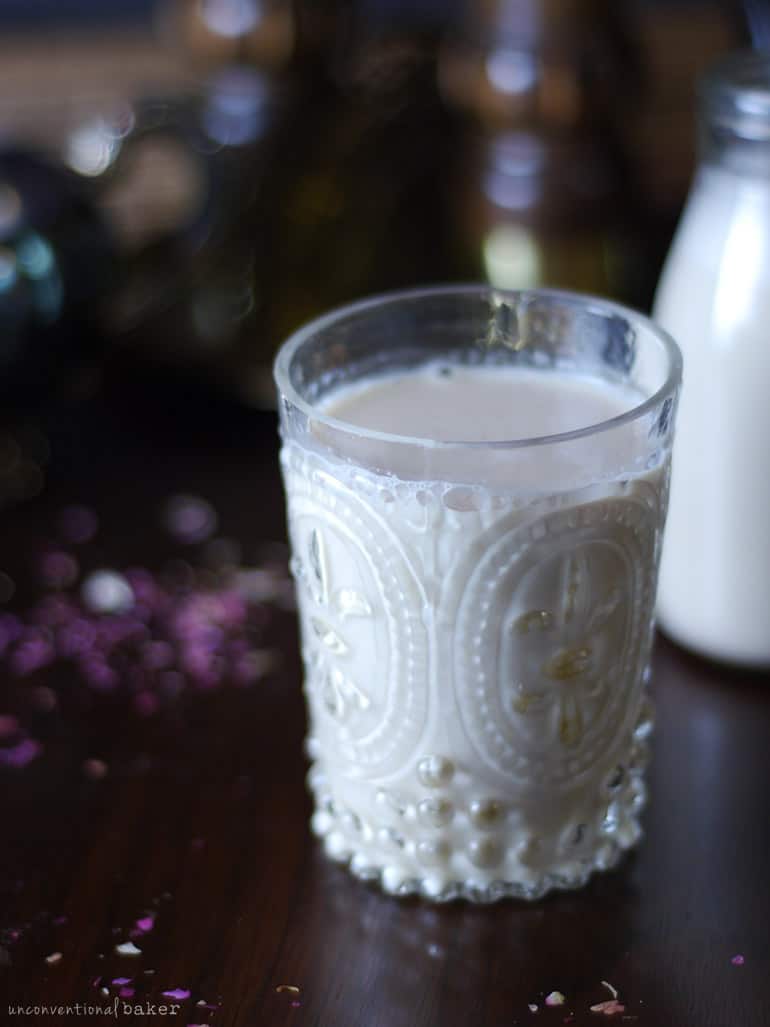 When I looked it up online I was surprised to discover it's actually a traditional drink. Surprised because I've never heard of it! Yet here I was drinking it. In case you were wondering what is horchata (in the recipe title) -- this is it! :) Well, sort of...

There are two different kinds of traditional horchata recipes. One is called "horchata de chufa," which like in the recipe below uses tiger nuts (the "chufa") as the base for a non-dairy milk. Then there is also a drink called Mexican horchata which is made with a base of rice, almonds, and regular milk -- a bit different to the recipe at hand here, but just thought to mention it to spare any confusion between these horchata recipe types.

So here I am thinking I'm being all creative and exploratory with my tiger nut milk, meanwhile people have been enjoying this traditional drink for centuries :P  Oh well, I figured it's worth sharing here anyways, in case anyone else has been living under a rock (like myself here), or maybe just to you a nudge to go on and make some horchata ;) 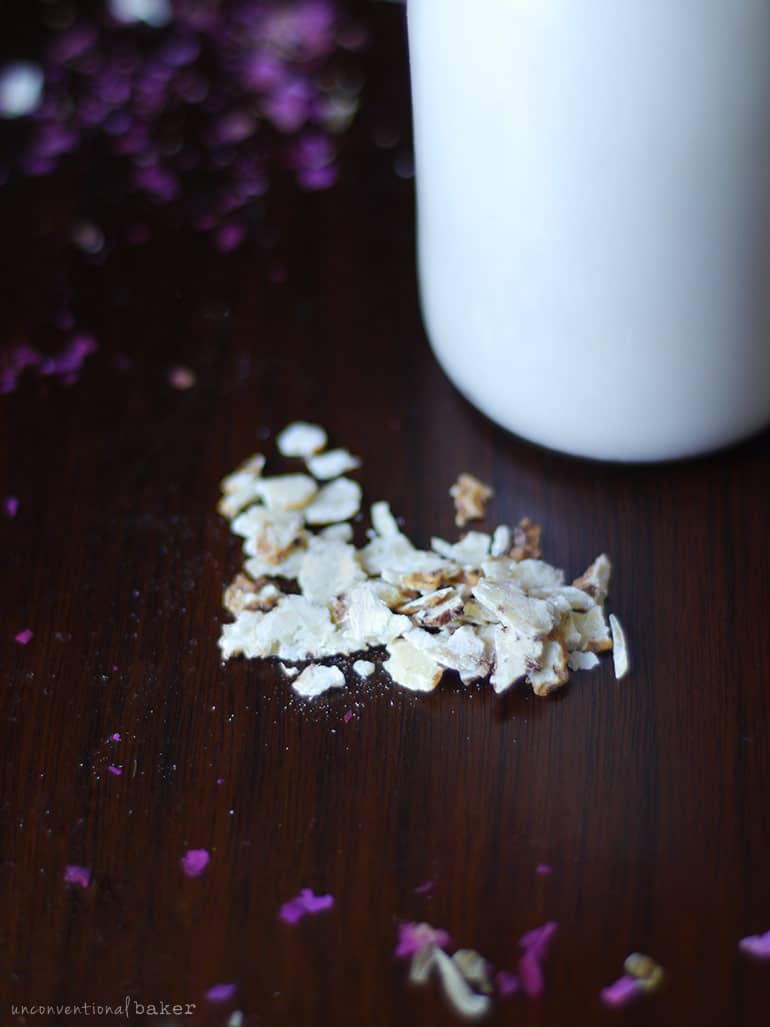 Horchata de chufa is made with tiger nuts, is usually made with cinnamon (which I feel is a lovely pairing with tigernuts in general), and is apparently traditionally served chilled with ice. I've been using it as my main plant milk these last few weeks, in smoothies, breakfast oats, etc.

I also borrowed a little from the Mexican horchata recipe idea I mentioned above, and combined tiger nuts with other nuts. One of my favorites has been a milk made from half tiger nuts and half walnuts -- same recipe base as below. So of course feel free to play around with other nut and seed combinations to your liking here. It's also great with cocoa powder + a bit more maple for a non-dairy chocolate milk version. 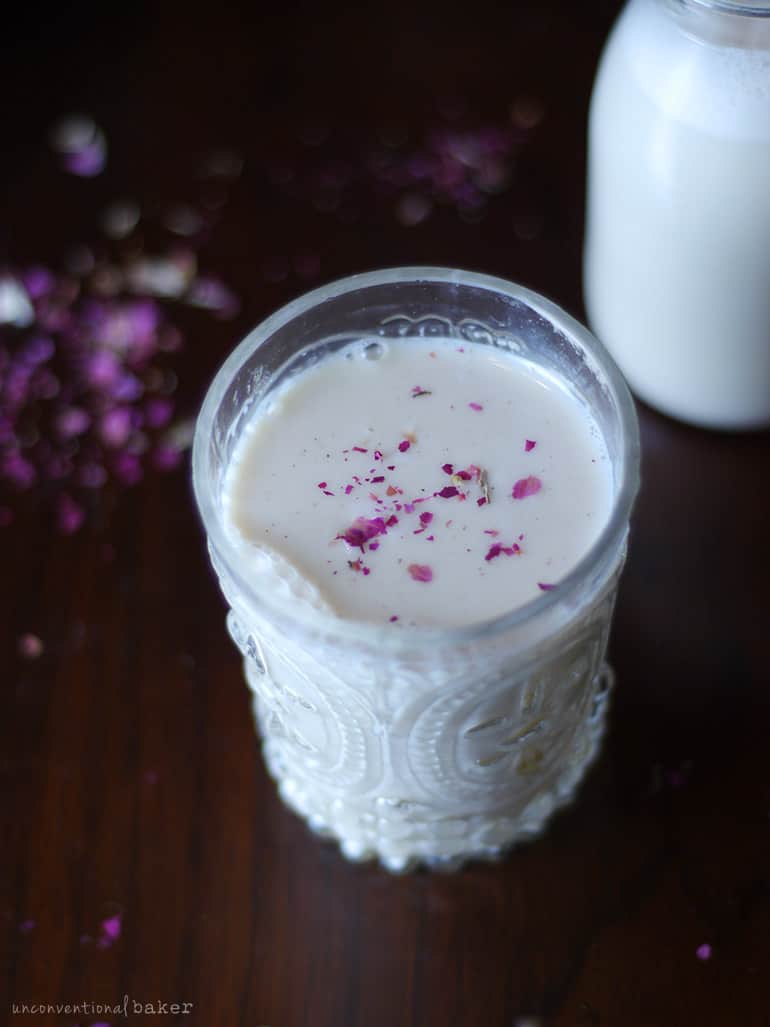 P.S. If you're looking for other plant milk alternatives, here are a few more recipes you can try out:

P.P.S. If you need any help or additional tips, a video tutorial, or just a more in-depth explanation for how it all works, what's the best equipment to use, etc. for making plant milks, there's a whole chapter dedicated to it in my book Unconventional Treats. 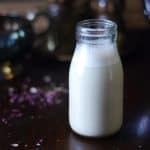 * You can also use whole skinned tiger nuts, though you'll need to use a bit less water (2 cups of water should be good). Note if using whole tiger nuts, or a mix of tiger nuts and regular nuts, I recommend soaking them longer (at least 3-4 hours).

*** I really like this milk with the maple syrup. It's sweetness gives the milk a delicious flavor and takes the edge of the palpable tiger nut flavor. Alternatively can sweeten with a soft medjool date or two as well if you prefer.

**** You can also freeze some of the tiger nut milk for later use if you prefer. Just make sure not to fill the storage container to the top when freezing to allow the frozen milk room to expand. For the refrigerated milk, note that there will be some sediment at the bottom of the jar / bottle after a day or so, which is normal -- just shake the milk up as best as you can and ignore the sediment. The other thing is that if you notice your milk develops a sour smell (like on day 4...), that's a sign it's gone off and it's time to make a new batch.