I originally shared this anti-inflammatory drink recipe on Instagram and Facebook just as something quick and easy (and delicious) I make when I'm feeling like my body needs a bit of an anti-inflammatory kick. It was just something I jotted down and shared with rough directions, and I had no idea this lemon ginger iced tea would become so in demand! So I decided to put it up on the blog here as well for reference -- things get buried away so quickly on social media, and I thought since so many were making this recipe or preparing to make it that it would be good to give it a little dedicated spot on the blog too. 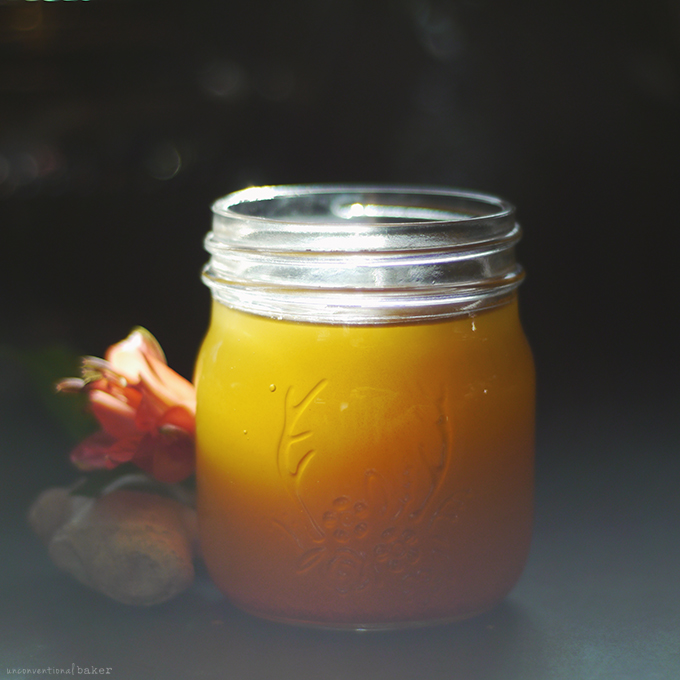 I first started making this iced tea at the recommendation of a naturopath as an anti-inflammatory aid and something to supplement and support the healing of the body. The recommendation given to me originally was to just boil some lemon and ginger together to then have as a natural tea. But... a). I'm not an herbal tea person, b). I'm not a big fan of ginger -- well I am, in certain dishes, and of course in dessert, but on it's own I can't enjoy the intense flavor, and c). I really detest drinking medicine of any kind... :S The bottom line is that when I don't enjoy something to that degree, I fail to make it a lifestyle, and even if I make it once or twice, it inevitably gets forgotten...

And what was even more of a surprise was how delicious it tasted the next day as an iced tea. I made too much of this stuff to drink in one go. My intention was to sip on it slowly through the day, and so I just cooled it and put it in the fridge. Once it completely chilled it turned out to taste AMAZING. And the perfect drink to sip on when your body needs a little TLC... Well, actually it's just a delicious drink period. If you like flavored drinks, iced tea, etc., I know you'll love this. If it helps with inflammation, I take it as a bonus :)

I know many of you probably already make similar things. My drink isn't exactly revolutionary :)  In fact that is why I didn't think to even share this recipe on the blog originally, but just as a quick social share. But since so many were excited to try it, and excited at the idea of it even, I want to give this recipe a more well-rounded presentation so you know exactly what you're getting and how you can tweak and modify it to suit your needs. 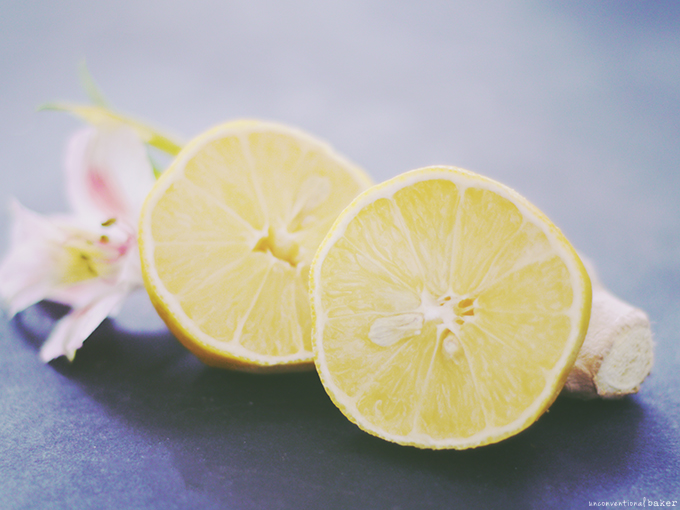 Lemons: considered capable of reduce inflammation and phlegm, act as a toxin flushing diuretic, act as an anti-bacterial, aid with digestion, reduce respiratory symptoms (asthma), help with headaches, reduce edema and bloating, reduce nausea, dizziness, help with blood pressure, and a million other things. So really, even if you're not making this tea, drinking lemon water is always a good thing to include in the day. Lemon is often a common ingredient in anti-inflammatory drinks. 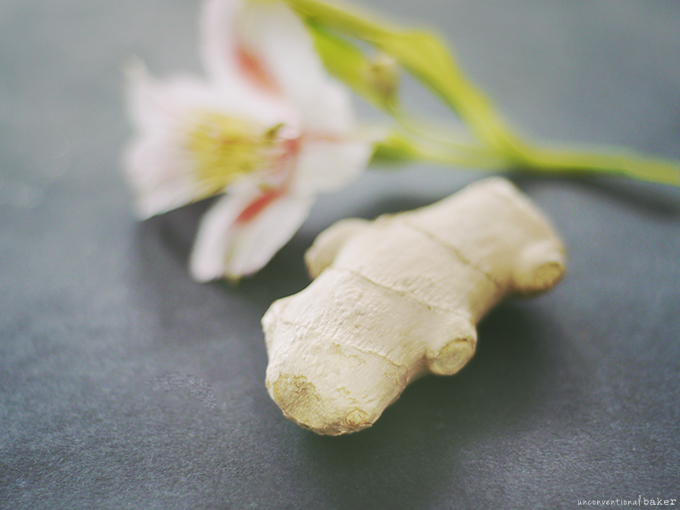 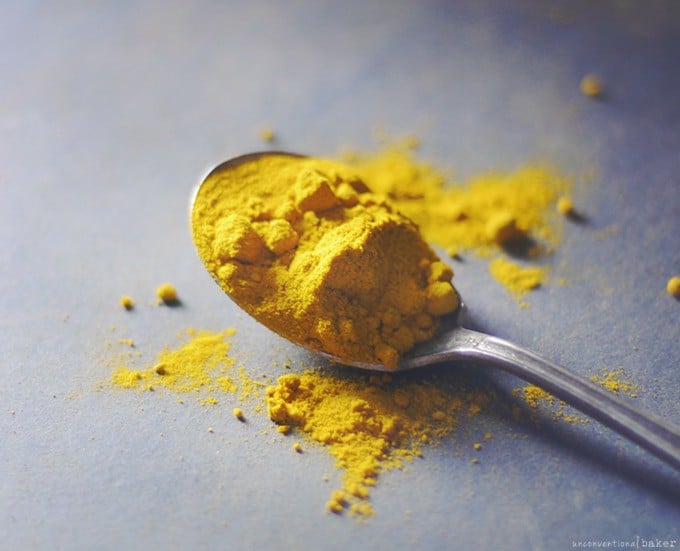 Turmeric: considered a super anti-inflammatory food, an immune-booster, and according to studies it's an amazing food for those suffering from auto-immune disorders such as IBS, IBD, & Crohns, and UC, arthritis, and many other auto-immune conditions, and moreover it's said to be a cancer fighter. It's believed to be a great anti-oxidant, anti-fungal, and I think I can really write an essay here based on all the studies done on this curing root, but you get the idea ;) No wonder turmeric is so common in recipes for inflammation and that there are so many turmeric recipes for pain relief. 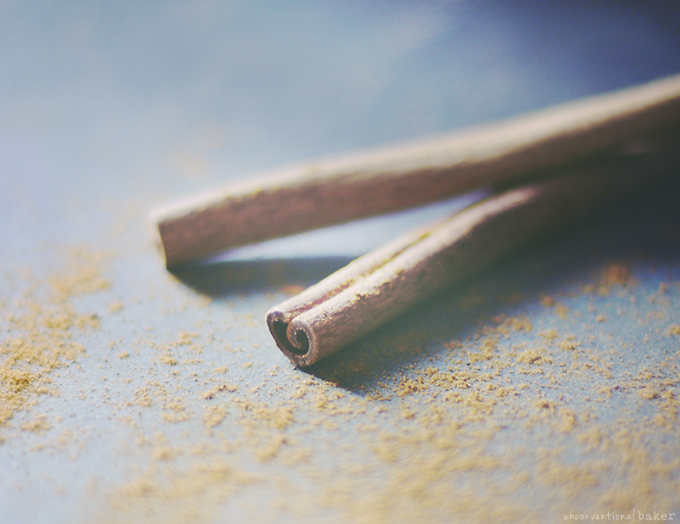 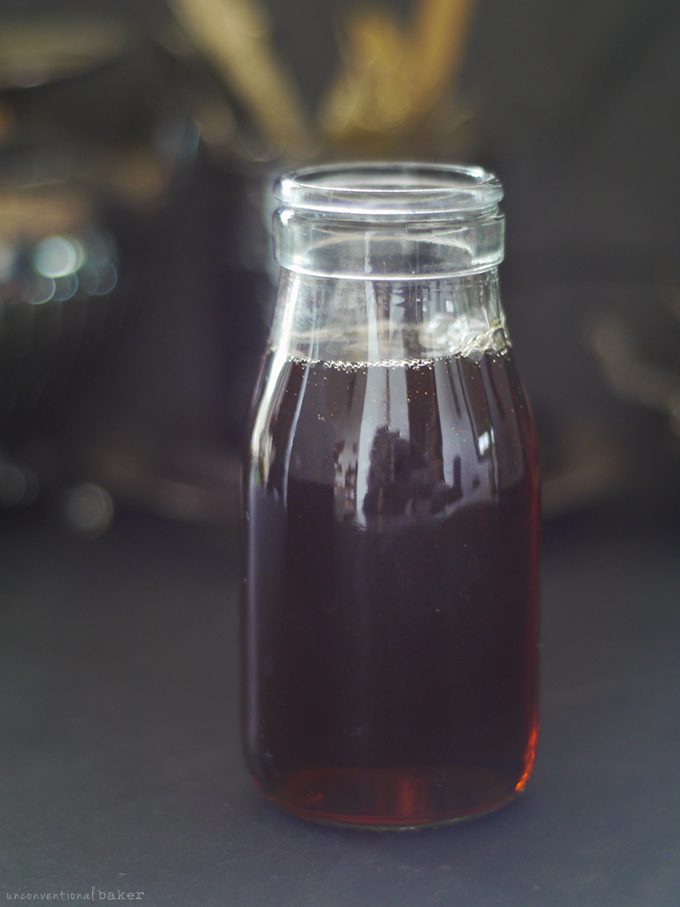 Maple: ok, I didn't include this one exactly for it's healing properties ;) ...more for flavor. Traditionally I know many people make this more like a turmeric cinnamon ginger honey tea. But being it's me -- maple it is! And yet, maple syrup does sport some great properties as well. It's considered an anti-oxidant, an anti-inflammatory agent that is particularly helpful to those with IBD, and is full of vitamins and minerals too. Sure drinking gobs of maple syrup isn't going to make anyone healthy... but I do personally consider it one of the healthier sweetener alternatives due to these factors (and the fact that it's delicious helps ;) ).

Note: I am not a nutritionist, doctor, or a scientist by any means and the above information is based on commonly available research and information about the general properties of these foods. So take it as a rough guide and please research any areas / ingredients you are unsure of or would like to know more about. I just added it with the hope it gives you an overall idea of the amazing things that you'd be consuming in this simple iced tea. 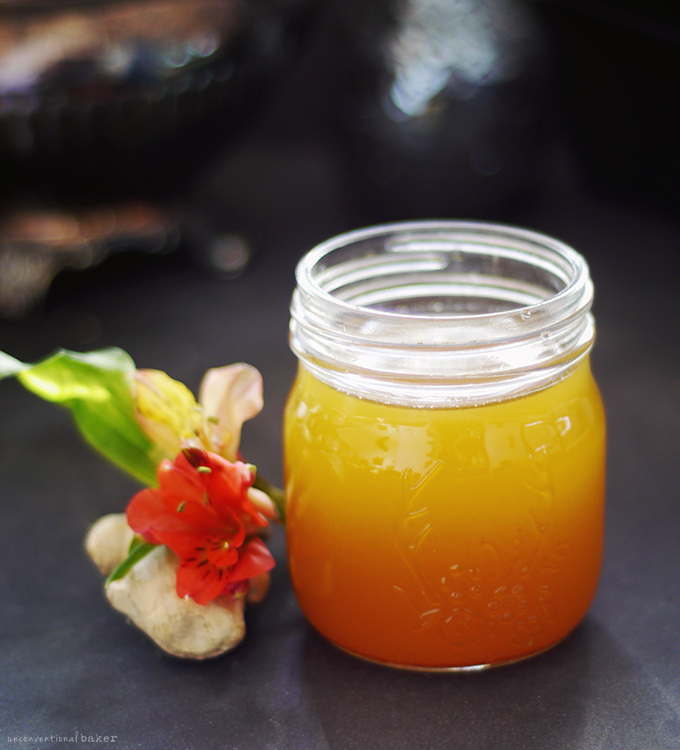 Before we dive into this turmeric drink recipe, just wanted to share that I normally don't measure the ingredients in this for myself. Just go with the flow and use what I've got. So you can adjust the flavors as you like, especially after your first trial of the recipe. Like a stronger lemon flavor? Add more in. A milder ginger flavor? Chop it very coarsely. Less sweetener? Go for it! Etc. You get the idea. Some people in the comments have also been sharing other ideas as well, like adding pepper, using fresh turmeric root, and so on, so feel free to experiment and explore with other flavors once you get comfortable with the recipe. 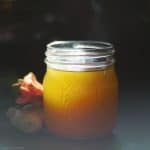 If you're planning on making a larger batch of this, just note that after a day or so in the fridge you'll need to shake it and then strain it through a sieve into your glass to avoid getting any residue in your cup.