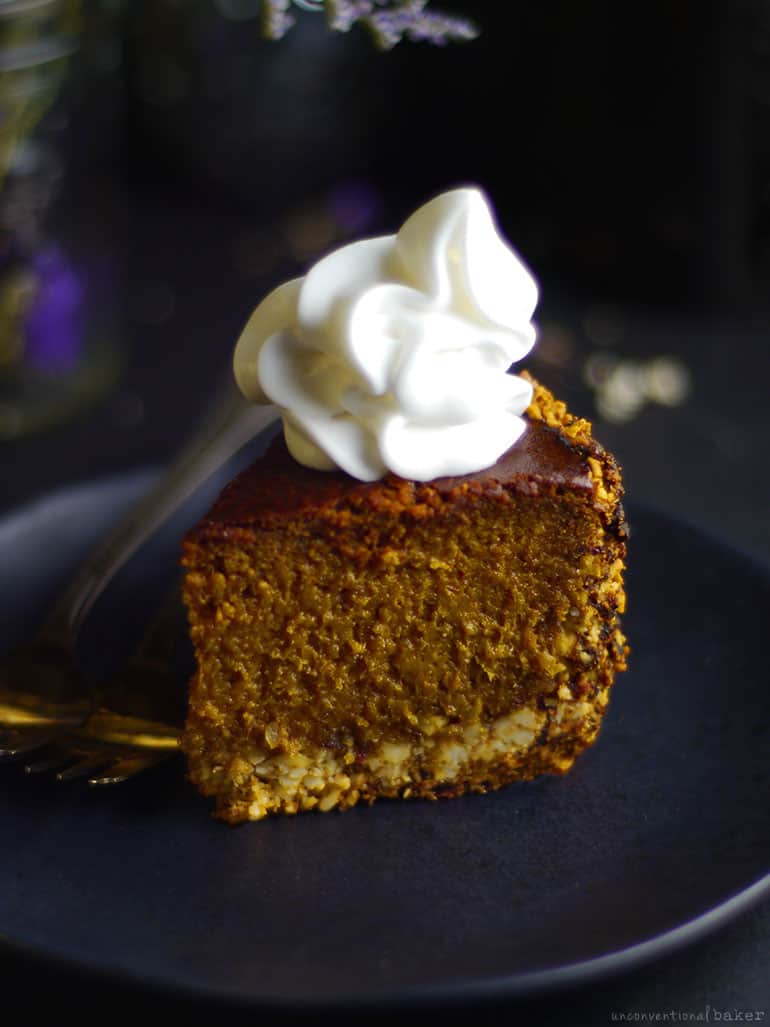 I can think of few things better than filling your entire house with the aroma of pumpkin, cinnamon, and sweet cozy autumnal undertones…

This blog is getting a wee bit crowded with all things pumpkin (in a good way, of course ;). Could there be a bad way to pumpkin anyhow?!)

Perhaps the king of fall is pumpkin cheesecake though — there’s a no-bake version floating around on the blog that is a huge reader favorite. This year I decided to add a baked version to the collection as well. No such thing as too much cheesecake or pumpkin, right?

Plus you could make both the baked and no-bake versions to, ya know, extend the pumpkin dessert season even longer… ;) 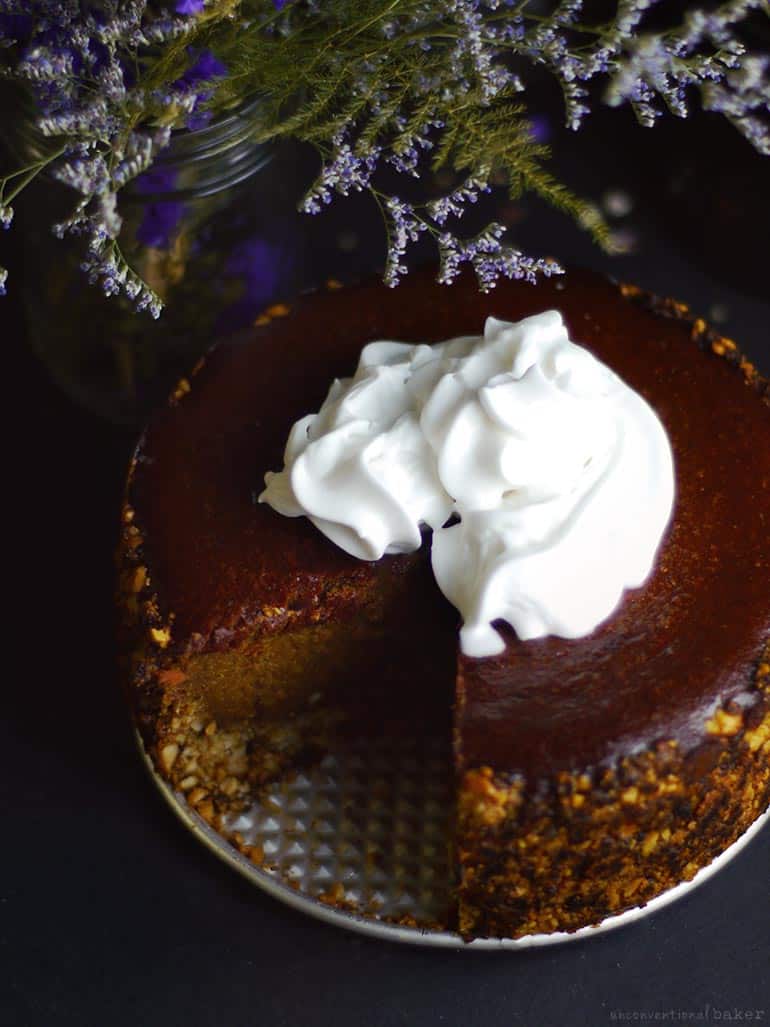 This baked version was inspired by my EASY BAKED CHEESECAKE recipe, which has become a huge blog favorite for many in the past year. There’s a nutty and a nut-free version, so I just adapted the nutty version to be pumpkin themed and was so pleased with the result.

It’s cozy and wonderfully comforting. And unlike a raw cheesecake it’s not freezing cold, ha! I love the frozen version of course, but sometimes you just want something baked, soft, and lush to tuck in to.

This cake can be kept at room temp (if eaten same day) or refrigerated and will keep its shape perfectly. I served it with some light coconut whip, though that is optional of course. Have it with a cup of warm coffee or tea, or with some fresh pumpkin seed milk on the side and you’re all set for pumpkin season in stride! 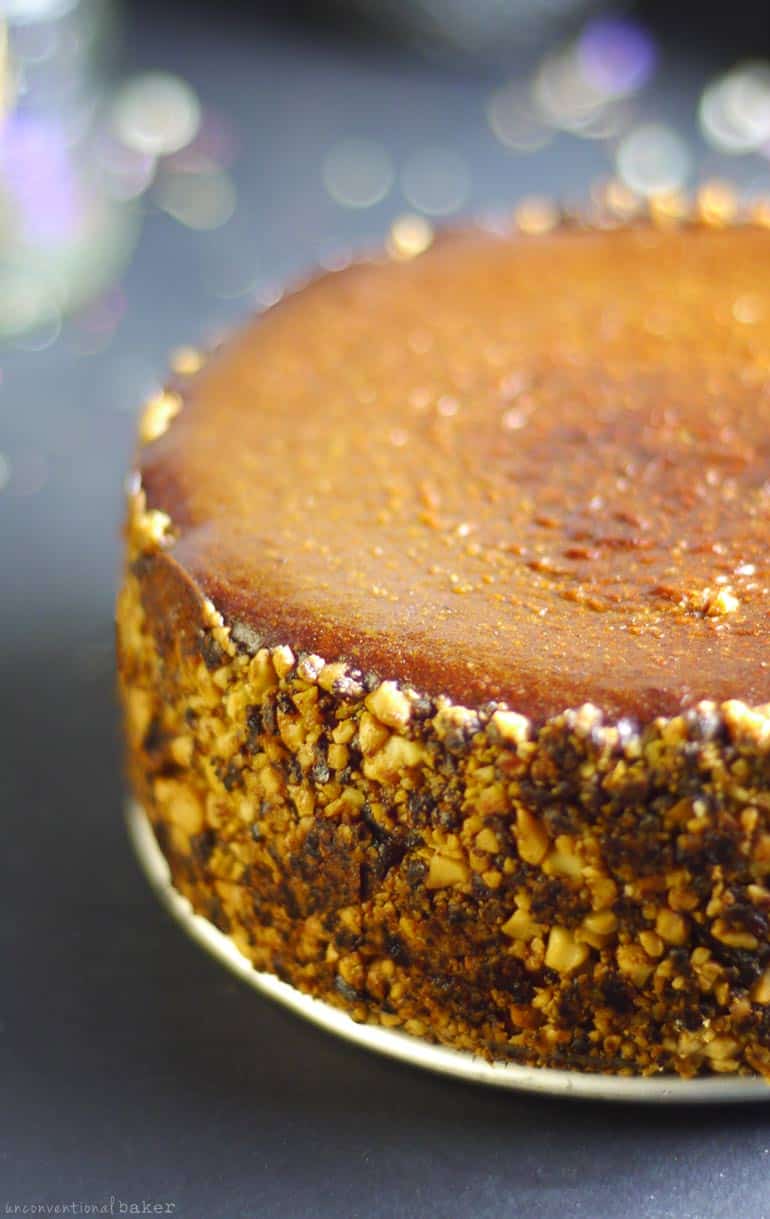 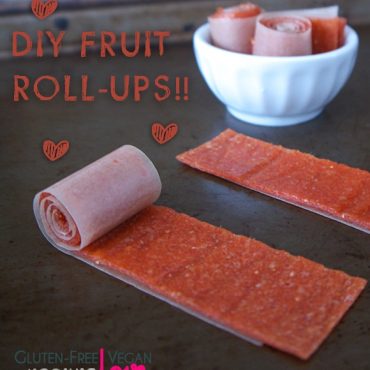 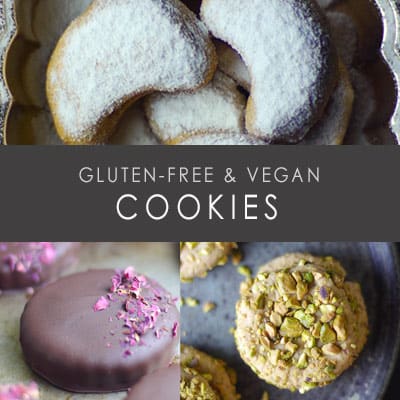