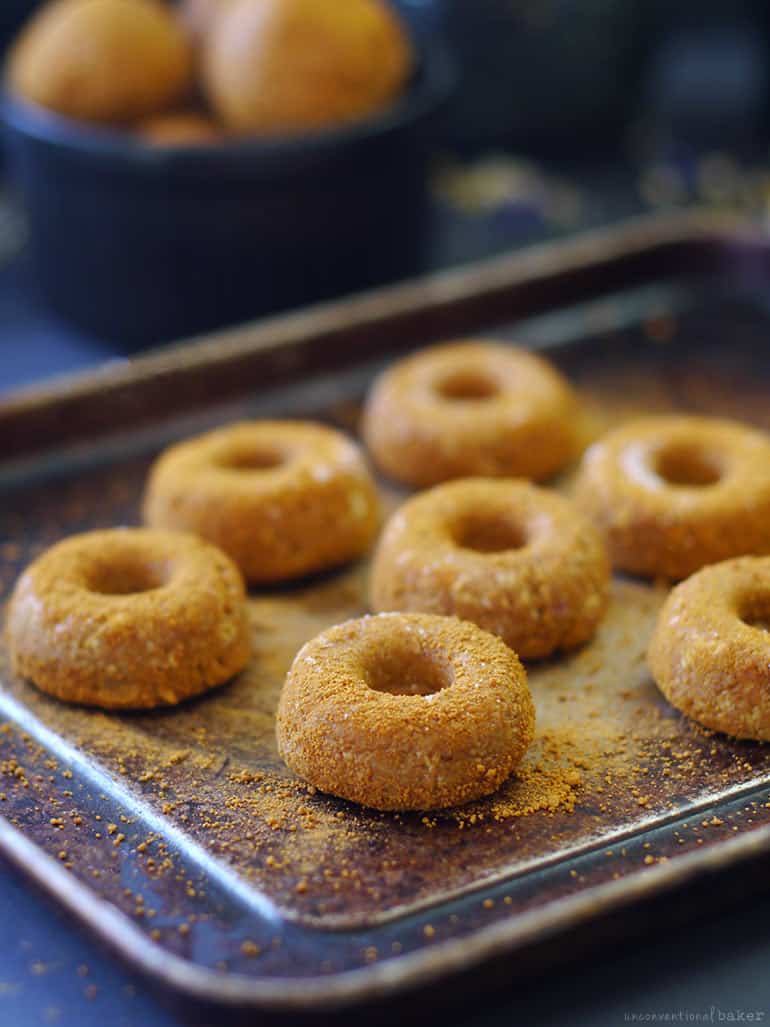 I made these itty bitty cinnamon oat bites the other day and they were so addictive I found myself making more and more batches. Super simple, sort of like cookie dough or oatmeal bites, super cinnamony, and very light. And sooooo good with almond milk or some coffee. I couldn't get enough ✨ 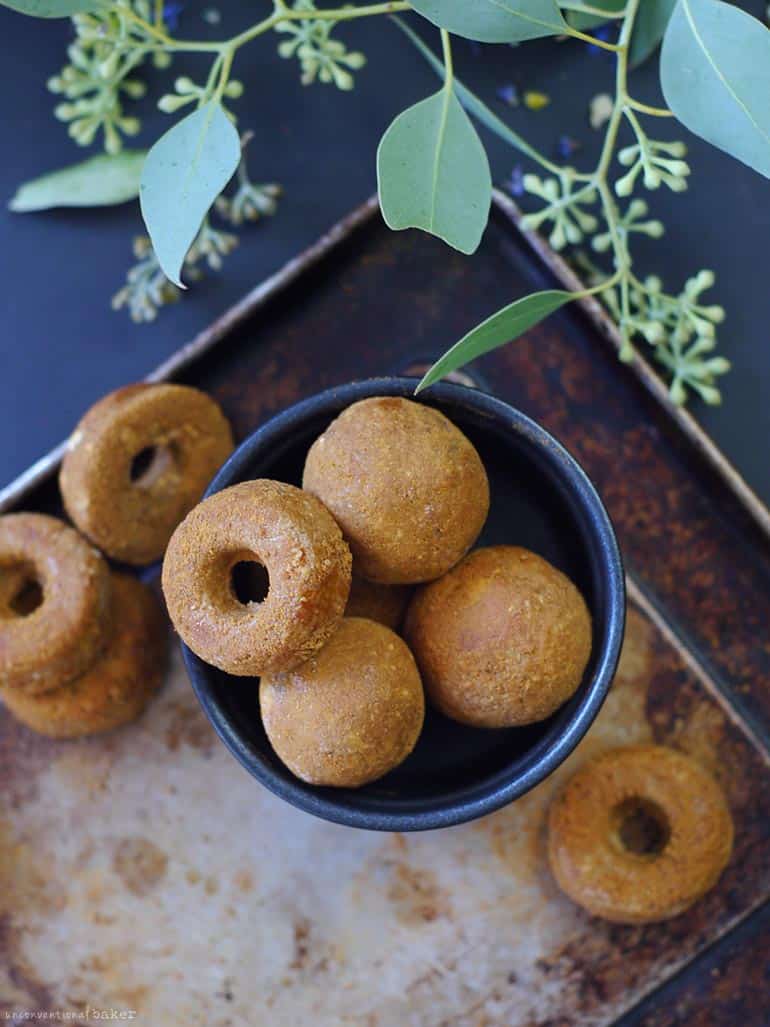 I say bites, but you see mini-donuts. You're probably wondering what's up..? Story time: one day a few weeks ago I decided I really needed a silicone donut pan to make some raw donuts. But I didn't want one of the really big ones, but the smaller sized pan (like this one) that makes these cute mini donuts -- the kind I see at the junky bakery aisle at the grocery store all the time (in fact that's where the hankering for donuts hit me! All those cute little sugar coated donuts in a package looked so enticing). 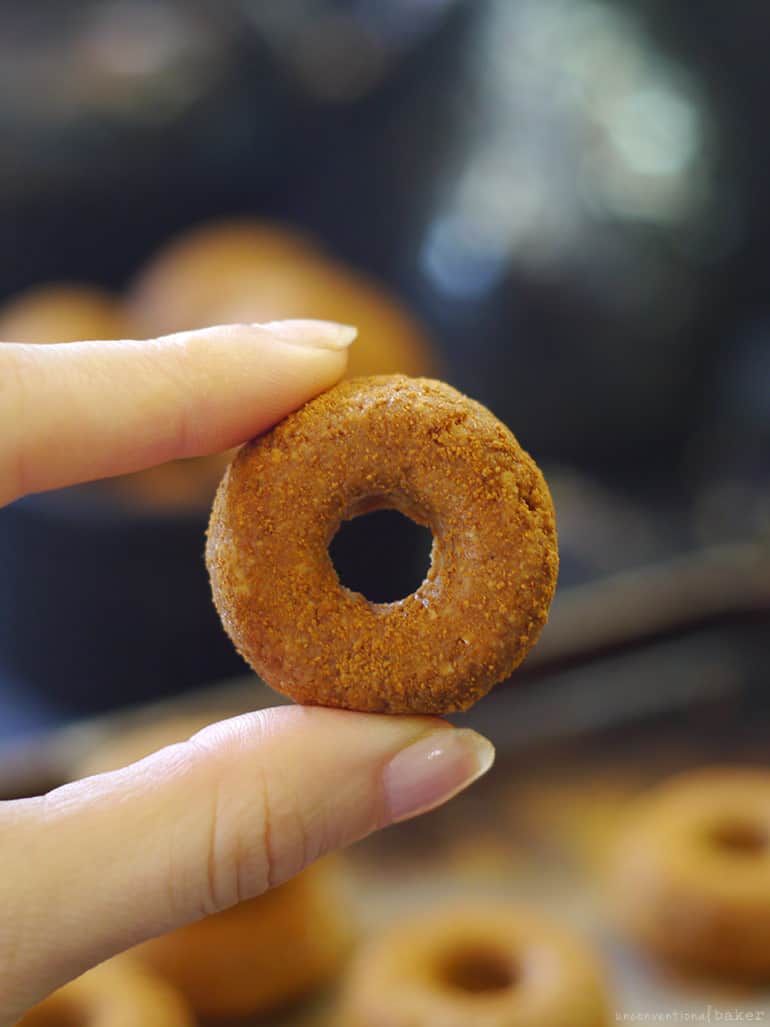 Who knew there's such a thing as a mini mini donut pan! I mean, this is pretty much candy chain-sized!

I honestly had no idea they come this small, and also had no idea what to do with the pan now that I had it. I mean it could be used to make chocolates or candy, but it's not exactly the shape I'd go for typically unless I was doing something themed...

Anyhow, when I went to make these cinnamon oat cookie dough bites, after rolling some into balls I thought, hey why not not make baby donuts while I'm at it... May as well do something with this completely unnecessary accessory in my pantry.

Well they turned out pretty cute. Whether you need the pan or not is entirely your call -- they taste good as little balls too. But there was something fun (or maybe the whole thing was just altogether funny to me) about eating these bitty donuts :) 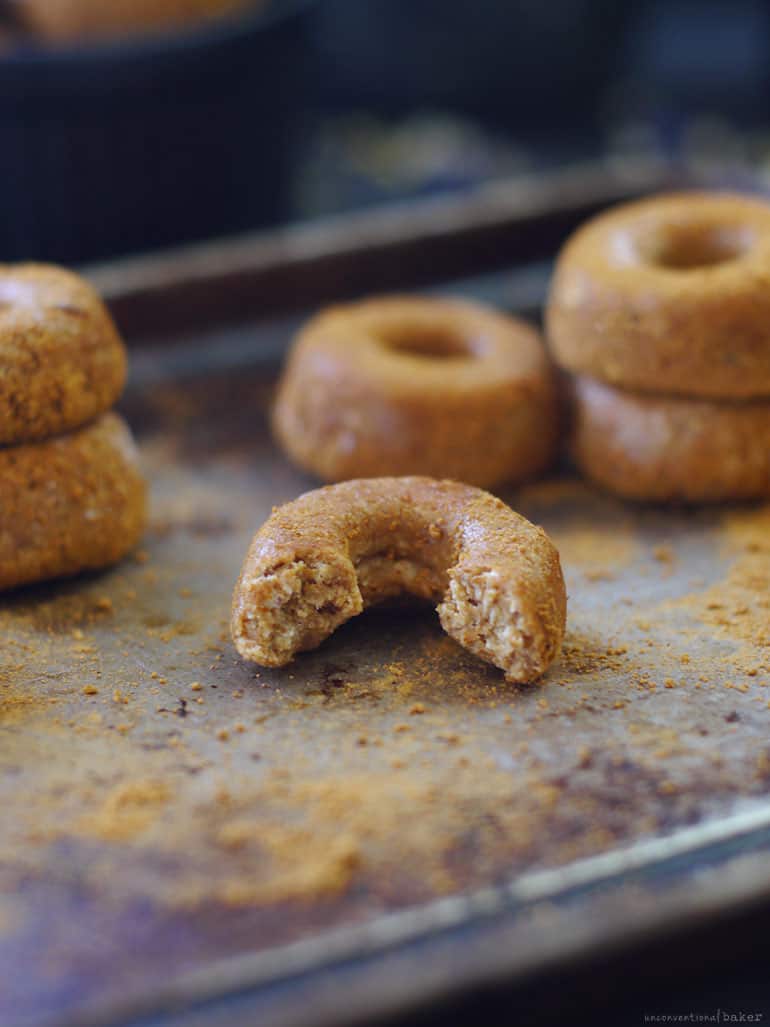 So back to these cinnamon bites.. they really are simple to make -- ready in no time and they last a good while. I had some at room temp, some in the fridge, and some frozen, and all were put to good use in the end. 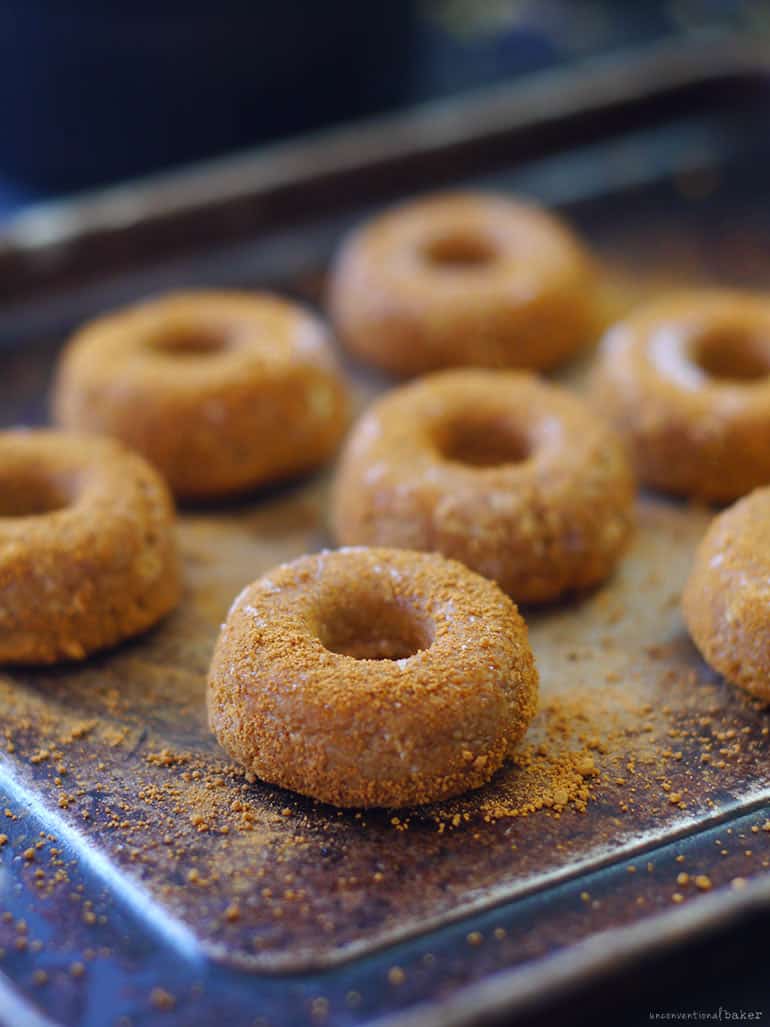 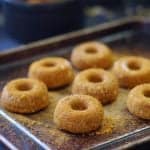