I got really inspired last week by a recipe I had seen on Real Food Forager for a paleo Decadent Black Cherry Chocolate Tart. Since black cherry season started I've been ever so tempted to make something with them, and that recipe pushed me over the edge. 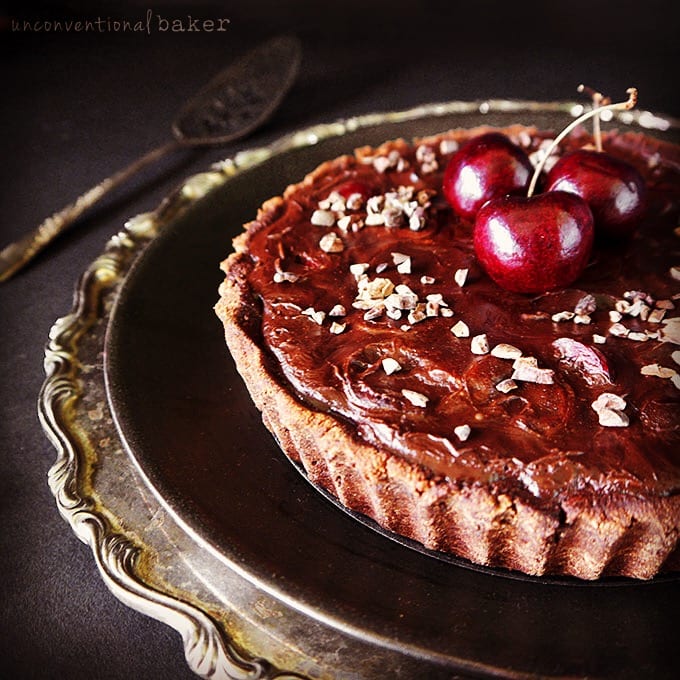 I just knew I had to make a black cherry chocolate tart. Jill's original recipe calls for gelatine though, and so I knew I'd have to improvise with the crust, so I couldn't follow the recipe. But the concept of it seemed heavenly. And as always, I got ahead of myself while making this dessert and ended up making up a different tart altogether, but I still think you can easily follow her directions for the tart filling, combined with the crust from my recipe for a delicious gluten-free, vegan, and paleo alternative version. 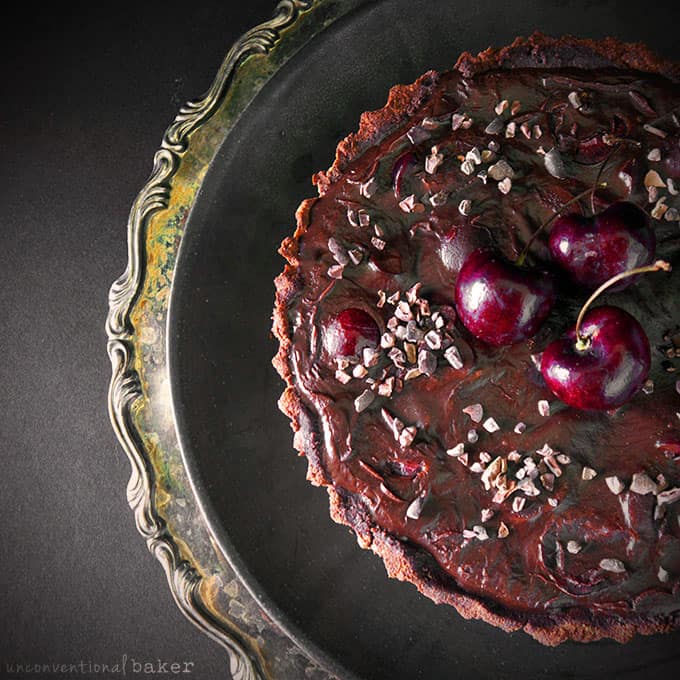 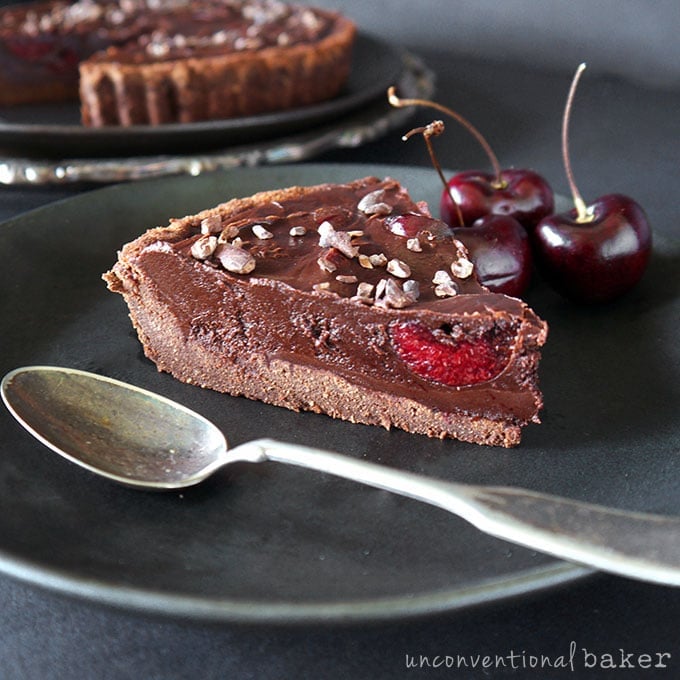 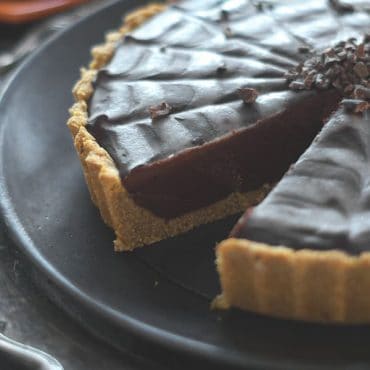 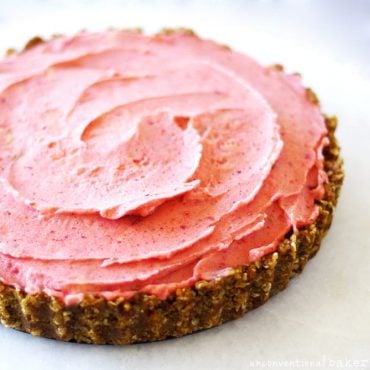