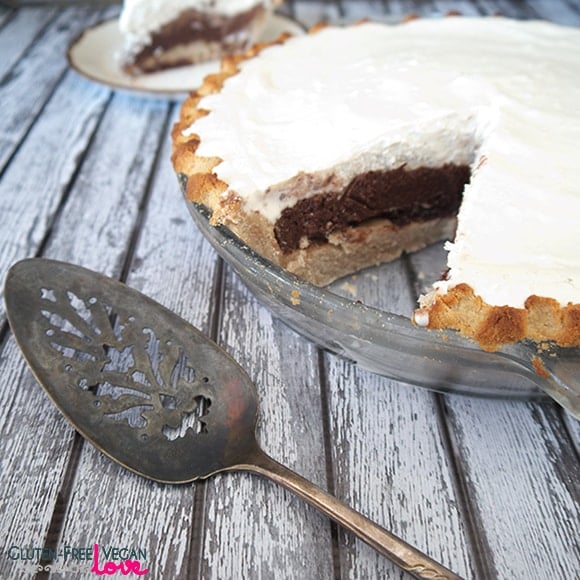 So remember how yesterday I promised to give a pie recipe using this vegan paleo nutella chocolate cake frosting? Well, here it is! I present you with this gluten-free vegan nutella cream pie. I think to date this is by far my favorite creation. It's really easy to make, but it's super decadent and delicious and tastes like something you'd get in a fancy pie shop or restaurant. It's definitely a recipe to impress company with, perfect for the holidays, or to simply enjoy with your family.

This recipe can also be easily made into a banofee pie with the addition of a thin layer of sliced bananas underneath the chocolate layer. I didn't do this, as the pie crust already has some banana in it, which was just right for me. But by all means, feel free to change it up .

By the way, the crust on this pie is pretty thick. Keep it that way. You won't regret it ;) 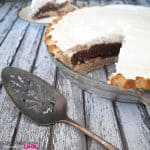 Bananas, vegan "nutella", and coconut cream are the key players in this flavor-filled Nutella Cream Pie.