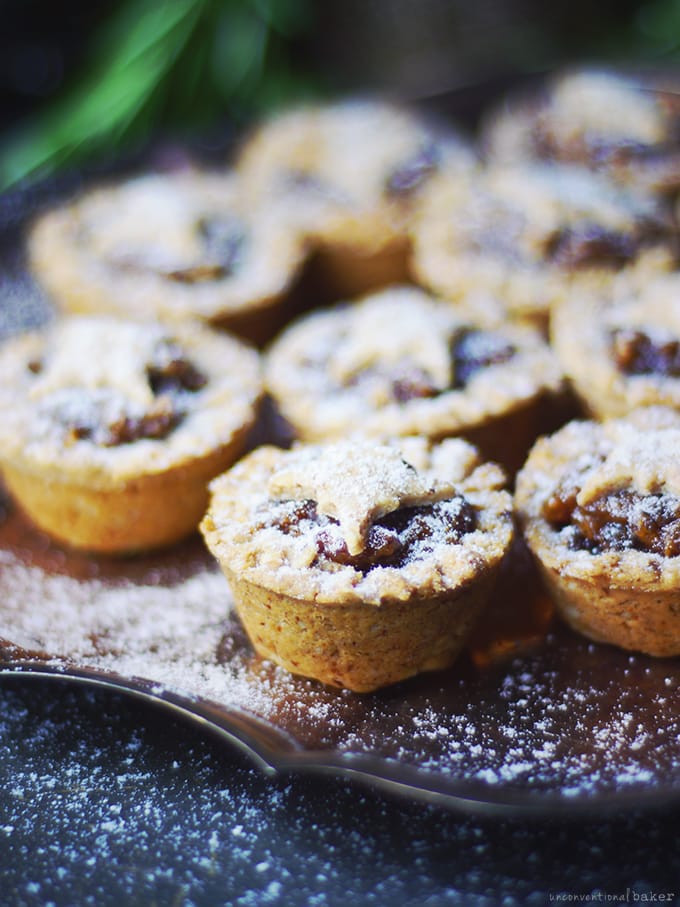 I know what some of you are thinking... More mince pies?! YES! ...I like options... variety...  This year I made more mini mince pies. I looked at my recipe from last year and felt like a change, and came up with these little cuties instead -- they were the first thing to go from a vast assortment of desserts at the table, and a few people went for thirds... These were even gone before the tiramisu o.O I was surprised! But not too surprised -- they were really good after all... 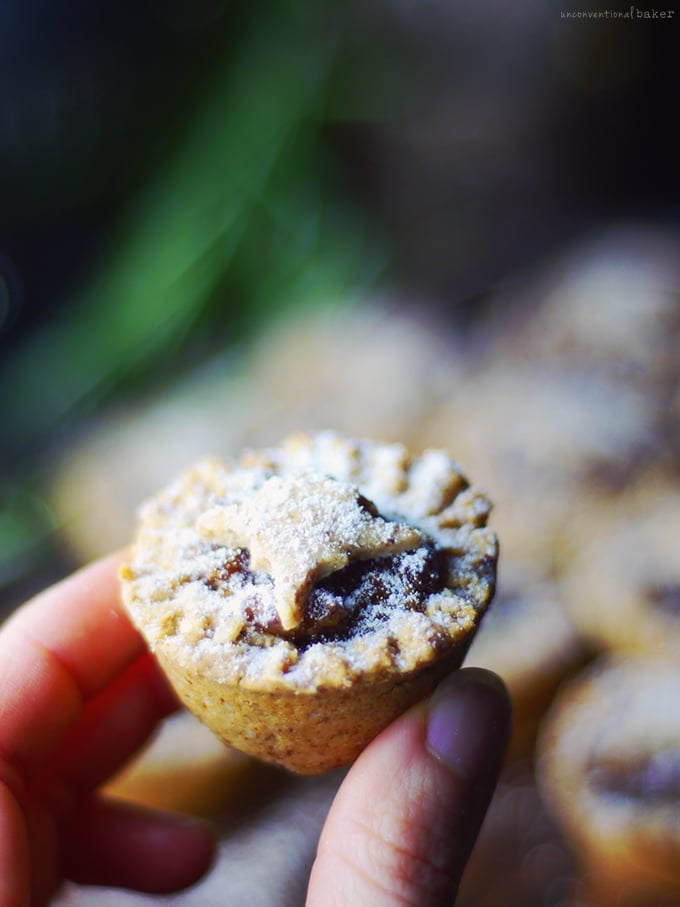 Sorry I wasn't able to share these before the holidays for those who celebrate with mincemeat... This recipe was a spur of the moment creation before the arrival of guests that turned out delicious. Sometimes these things happen quite unpredictably... I just find myself drawn into the kitchen and boom. No planning... just riding the waves of what comes... These little pies were too delicious to hold off on making for another year though... So even though the holidays are over, there's no reason not to enjoy these now anyhow. No such thing as out of season cookies and pie ;)

You may have noticed I've been slowly reworking many of my older recipes alongside creating new ones. These days less is more. I like things simpler, with fewer ingredients. Less oil, "gums" and the like where possible. Less cooking, more eating... and I've embraced my "nuttiness" ;) and started to work with them more in baked goods. To be clear, I've always loved baking with nuts (though had a spell for a few years of being unable to eat them, so I can totally relate to the non-nutters out there), but a large focus in my recipes throughout last year were recipe requests that involved no nuts. And actually recipe requests that involved "no many things"... I'm always happy to do those of course. But there's also something fun about crafting things to your own taste too or just following some murmur of inspiration... and that's how this year I ended up with these new mini minces instead of my recipe from the previous year.

That said, I decided to leave my older recipe intact rather than replacing it entirely, in case you too need options... variety... ;) or just a nut-free alternative. 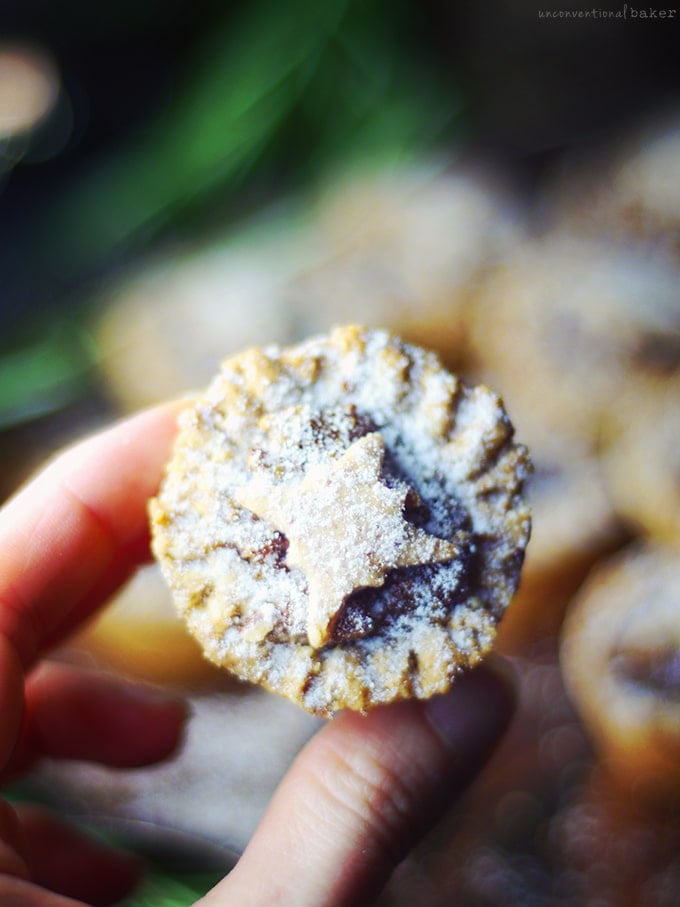 So these pies... As you can see, they're very mini! More like a cookie than a pie almost. You can of course turn this recipe into larger pies -- the size is entirely up to you. What matters is that they only take a few minutes of prep and some yummy ingredients you'll have a hard time resisting eating all up with a spoon before they make it into the pie... that's the true test of something good, isn't it? :)

The crust comes together very easily and is shaped by hand, so no major rolling required (unless you like rolling, in which case, do your thing... This dough definitely rolls). There's just a tiny bit of mandatory rolling in the end -- unless you're really nimble and good at freehand cutouts ;) . To make those mini cutouts on top in a jiffy, use either some tiny cookie cutters or the inserts from your linzer cookie set (that's what I used). 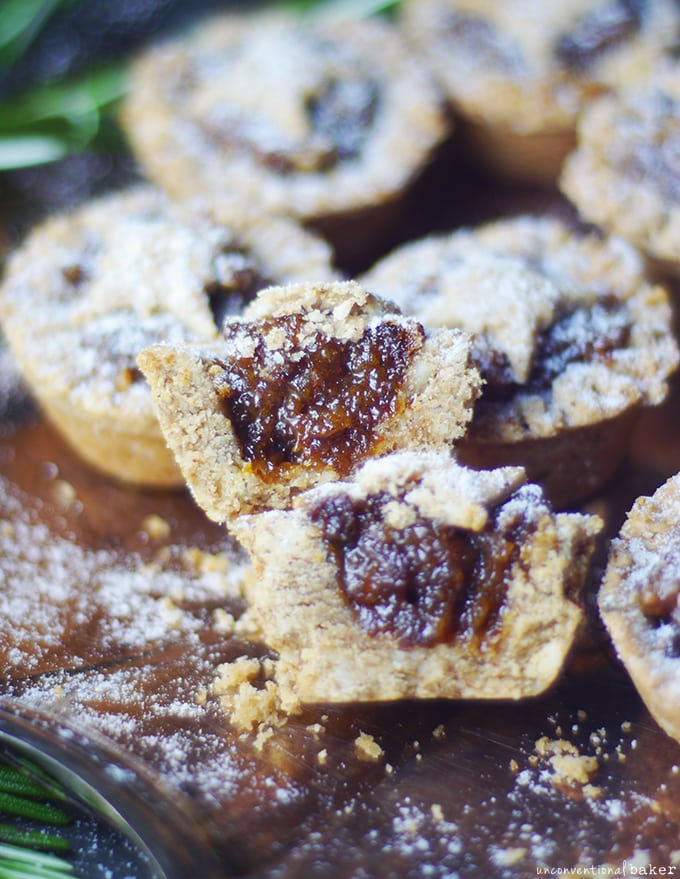 The filling I made this year requires no cooking. Just blending some dried fruit, some orange extract, mince spices, and apricot jam into a delicious concoction... Works a treat. I used my homemade apricot jam, but a store bought fruit-sweetened variety will work just fine too, if you prefer. The orange extract is key to the yummiest mince, but if you can't find any around, try grating some orange zest in instead and a squeeze of orange juice. But the extract is a great way to infuse these with the most amazing flavor quickly and easily.

The last thing I'll mention is that the creaminess of the nut butter matters here for the crust, so you may need to adjust the amount ever so slightly. Start with the amount specified in the recipe, and if you find your dough isn't doughy enough, add a tiny bit more at a time until you can roll it into a soft, pliable, and mostly smooth dough ball. 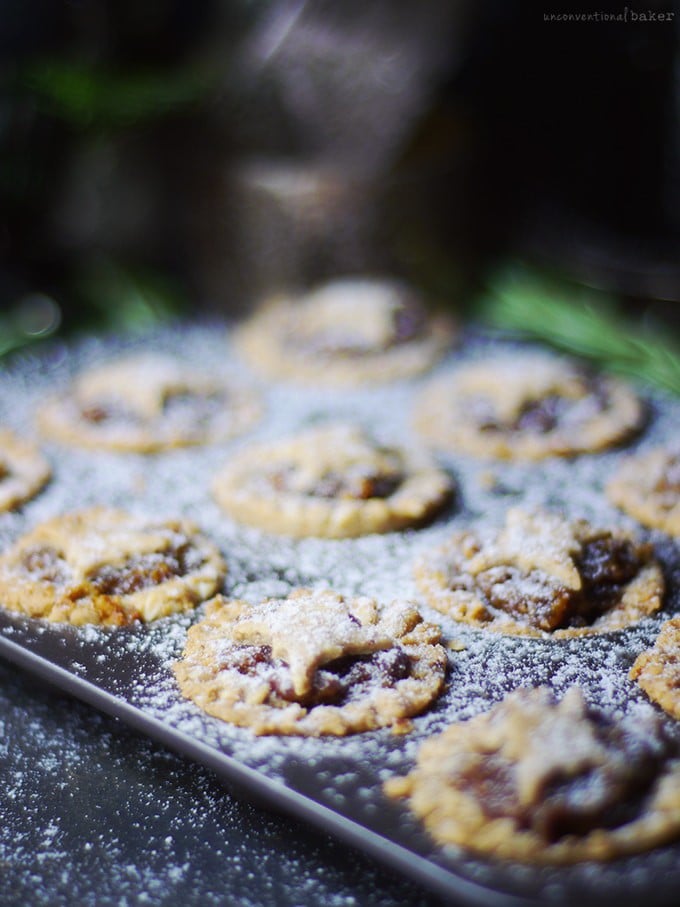 P.S. Have a look at this older recipe for a nut-free alternative or if you prefer a traditional cooked mincemeat filling. The filling here is rather fast-lane, but promise it won't disappoint :)

A simple, gluten-free mini mince pie recipe that can be assembled quickly when you're short on time. Dairy-free and made without refined sugars. 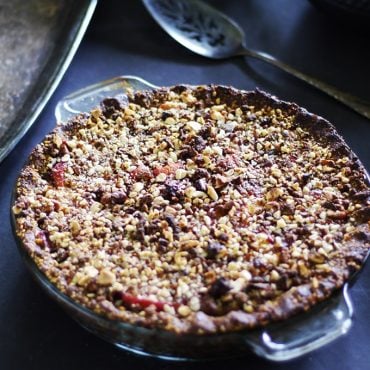 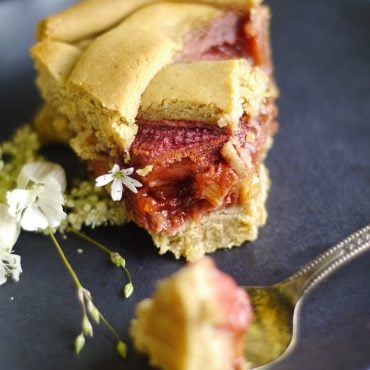