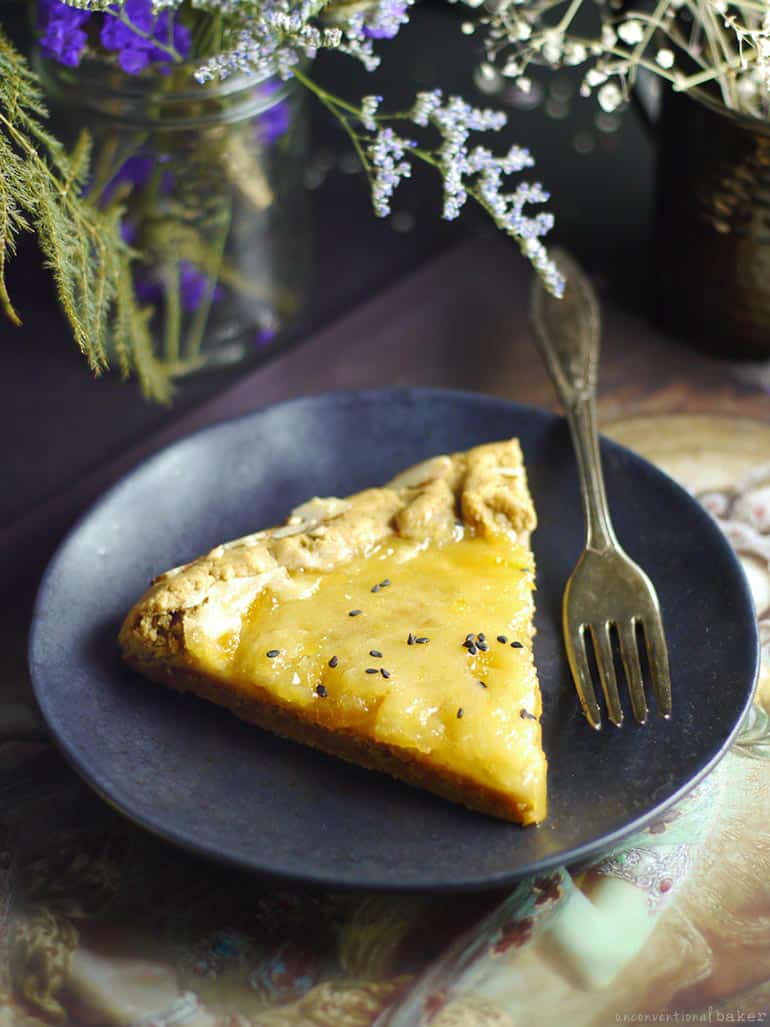 Orange marmalade -- do you love it or leave it? I'm obviously in the "love it" camp, but I dare say that even if you're not -- the flavor combination in this galette just may convert you. A cookie dough crust, a layer of "cream cheese", and a layer of marmalade is all there is to it, but holy cow is this fruit pizza ever good. Fruity, sweet bordering bittersweet, comforting, delicious. And I feel like I've been neglecting oranges a bit on the blog this year, so time to make up for that. 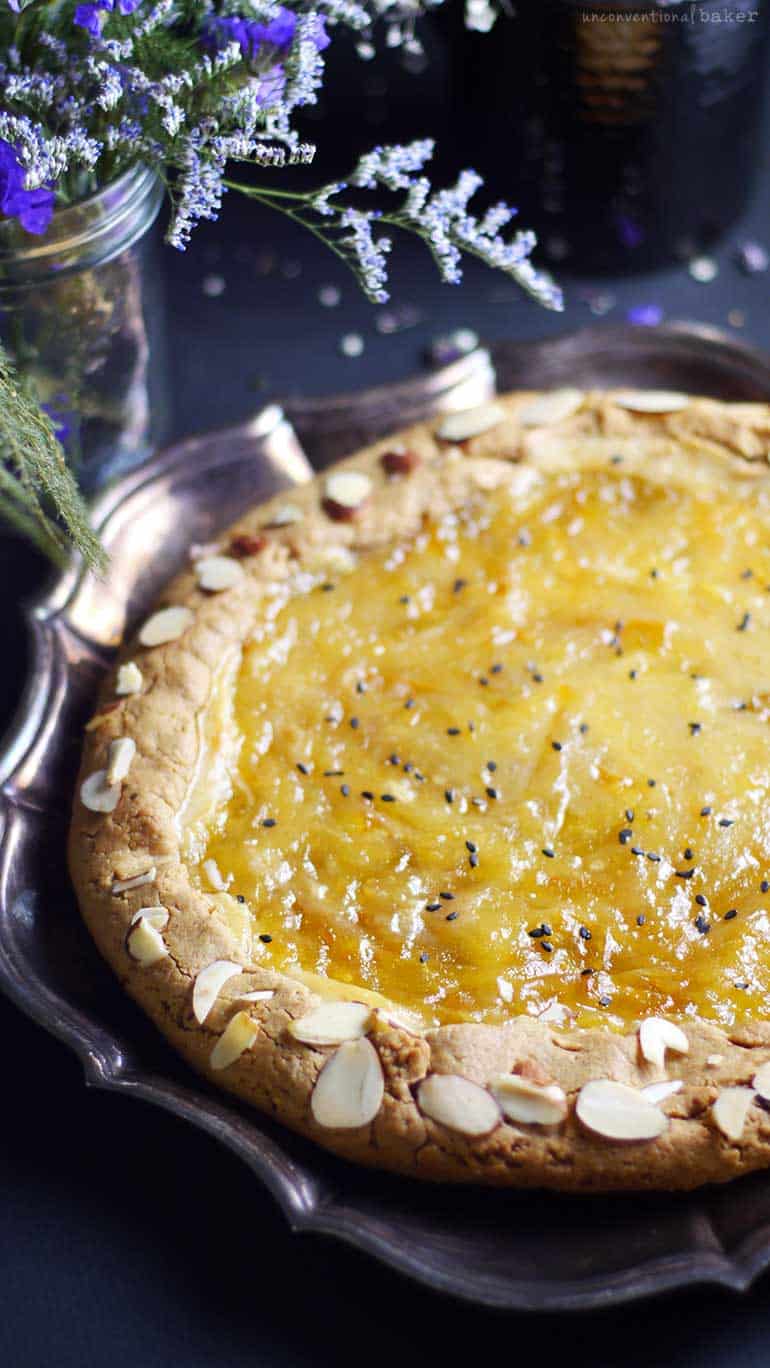 I've certainly not always been an orange marmalade lover. In fact, I recall being completely horror struck upon my first taste as a child. No, I'm not exaggerating :) It was at one of those breakfast fares at a brunch where you could pick your own tiny jars of jam and such. I picked the clear, bright orange jar thinking it looked interesting. I was expecting a typical sweet jam and instead, got something bitter and mouth-puckering -- what a confusing experience! I've since (of course) learned to appreciate it for the beautiful spread that it is. If nothing, it certainly makes a powerful flavor statement. 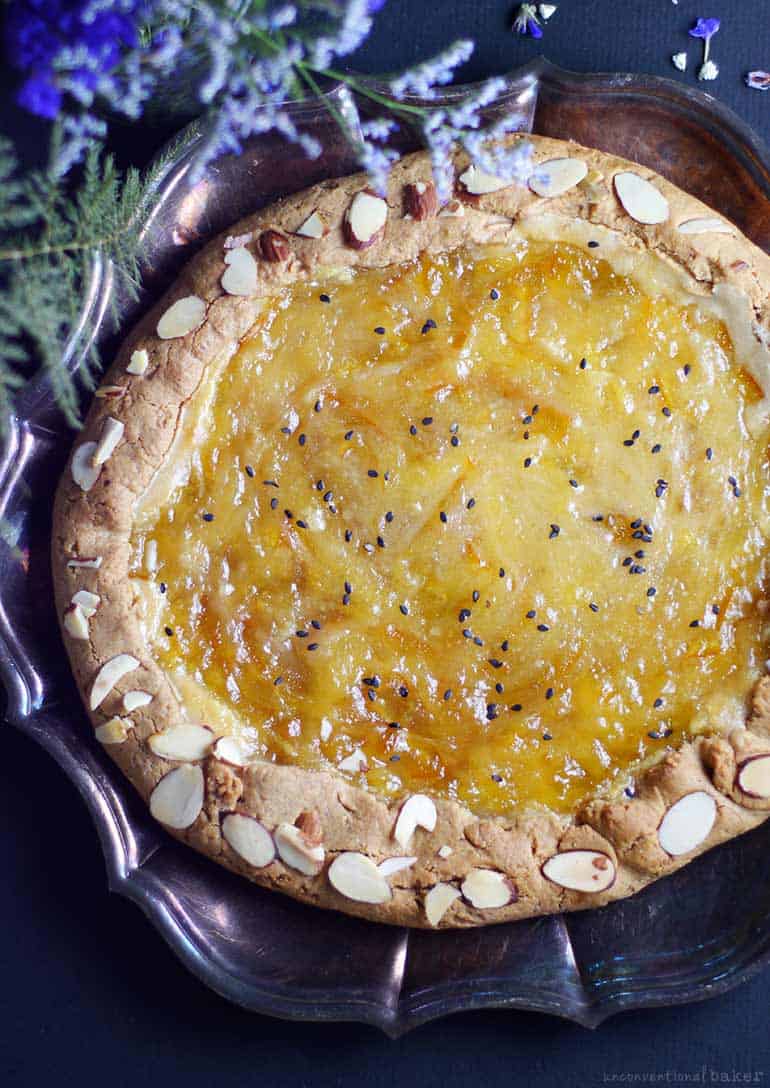 One of my favorite combos used to be orange marmalade with cream cheese on toast. Now it's been a few years since I've had cream cheese, but I recently got an itch for some. In fact, the itch was so strong that I even picked up a jar of tofutti (which I've also not had in years, and which is typically a total no-no for me). And boy did that tofutti make me feel gross afterwards ? ... but that wasn't even the disappointing part. The disappointing part was that it tasted AWFUL with the marmalade. I don't know what the prominent flavor is in that white pasty stuff, but it certainly didn't pair well with the spread I had on hand. I felt the flavor needed to be a lot more tangy to pull things off... And so occupied with all kinds of thoughts about marmalades, cream cheeses, childhood musings, maturing palates, and the perfect marmalade toast, I found myself making this galette in the kitchen... until this creation settled all those thoughts into a perfectly satisfying dessert. 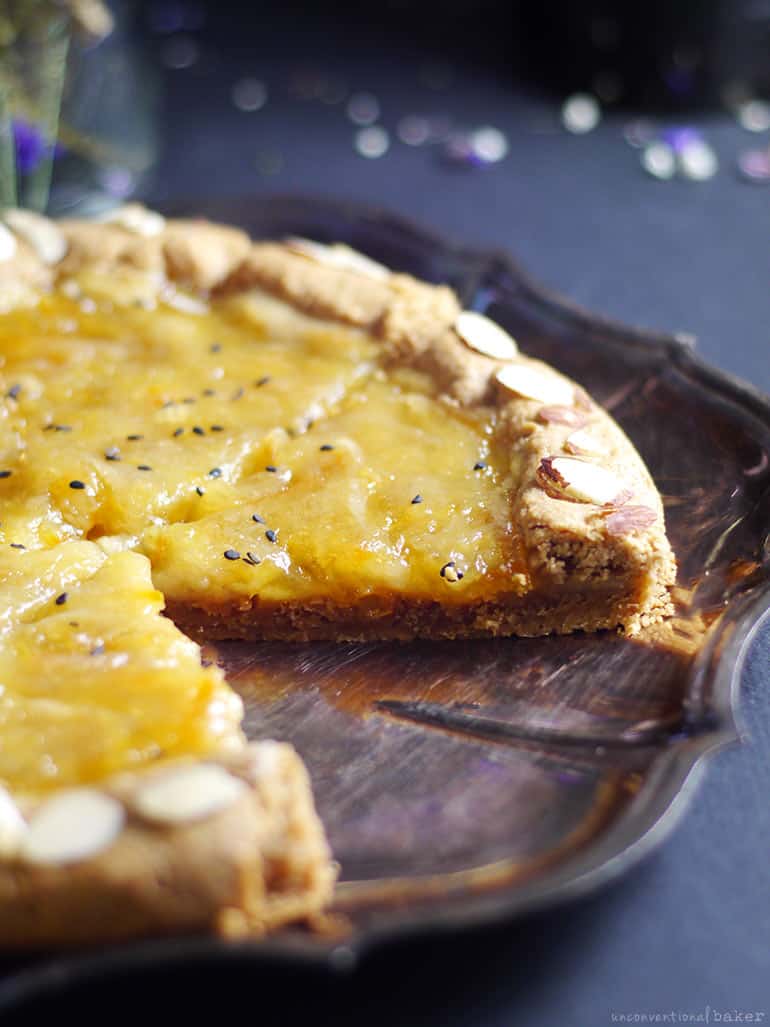 1. The "cream cheese" part doesn't actually taste or feel like cream cheese on its own. Just wanted to make that clear in case you're thinking of using it as such -- very tangy on its own. But once baked and combined with the marmalade it's just right.

2. I used store-bought marmalade. St. Dalfour makes an awesome fruit-sweetened version so I went with that. Hey, we're already making a crust and a "cream cheese" sauce from scratch, so something's gotta give ;) ...  The good news is the one I used is usually quite readily available and is delicious. But in the event you can't find any, feel free to substitute with your own favorite jam instead. I tried this recipe out with cherry jam and fell in love, so I'm pretty sure you've got a lot of wiggle room to pick a spread to your liking. And if you're really into homemade stuff, feel free to use one of the jams from this blog (like this one or this one, etc.). But I say it's all about the marmalade after all ? 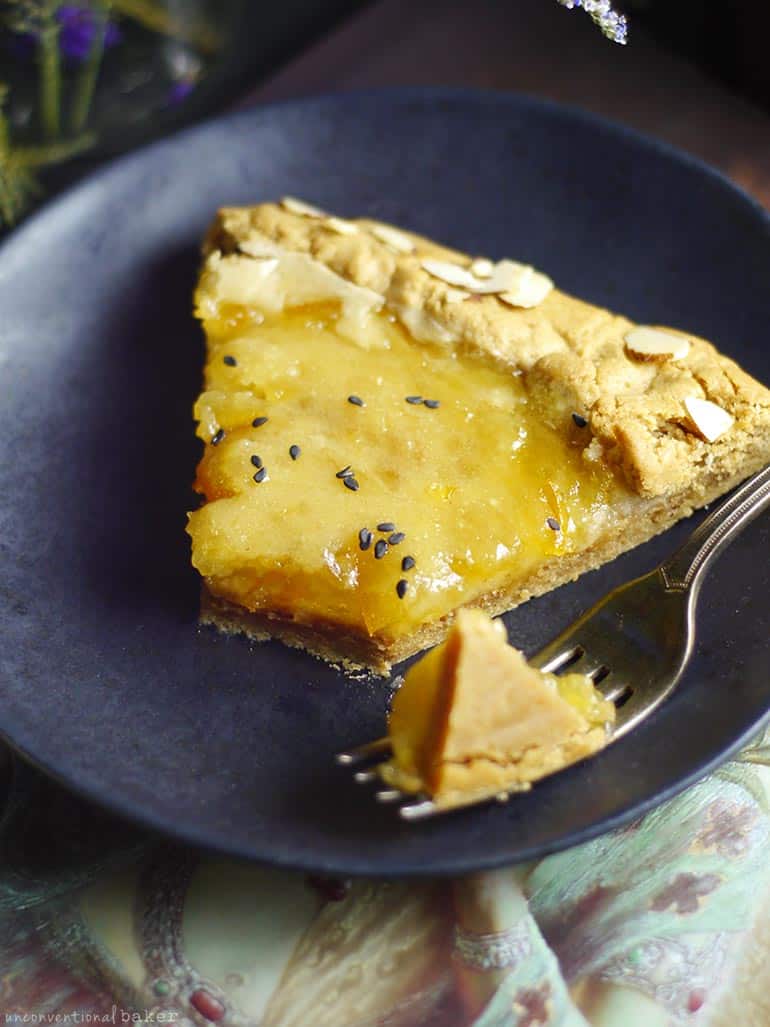 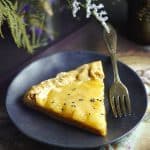