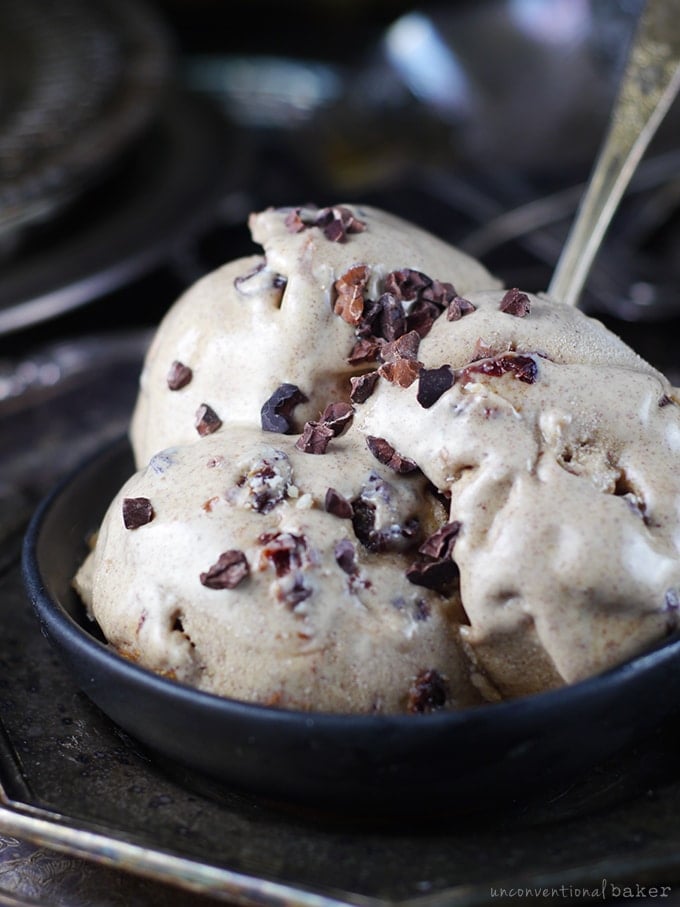 Ready for the creamiest and simplest no-churn dairy-free ice cream ever? Because this is going to be it! This recipe is actually a total knock off of my Peanut Butter Chocolate Chip Ice Cream -- re-made with those in mind who don't do peanut butter... Well, really ever since the peanut butter ice cream happened I've been making ice creams with every which nut butter I had on my shelf and they're all delicious in their own way, but this one was especially so ♥ 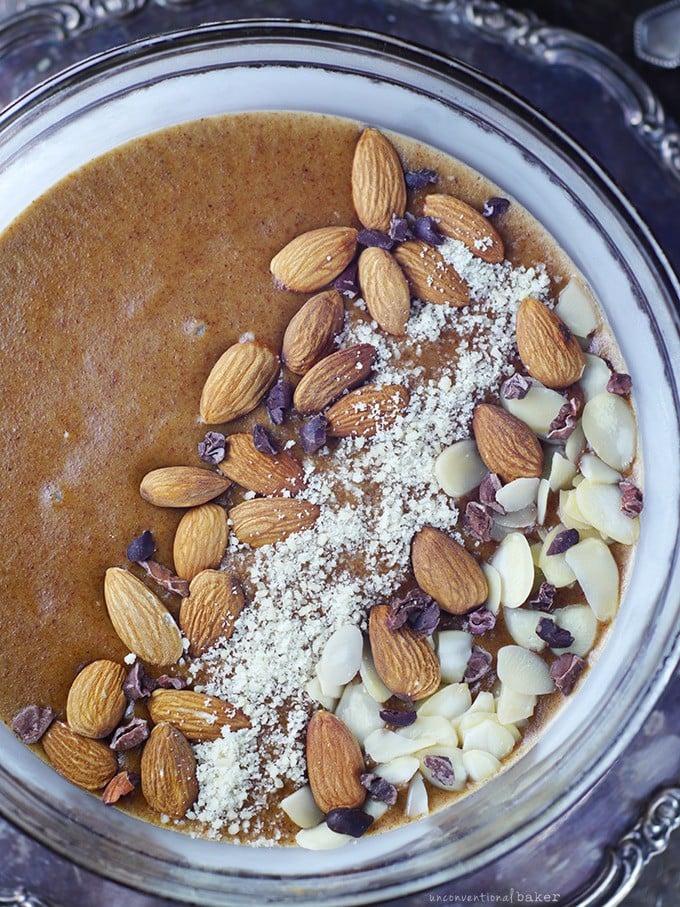 After making that peanut butter ice cream, I was so thrilled to have discovered that nut butter-based ice creams are such a simple concept that uses a few basic ingredients most people probably have on hand. I was also thrilled to have discovered an entirely fruit-sweetened ice cream recipe (and one without bananas or coconut involved -- I love both, but I also love to find alternate recipes for fun, and also because I know some of you have requested other options ;) ).

Oh, and I also majorly love that this type of ice cream requires no churning (so no need to pull out that clunky loud ice cream maker...). 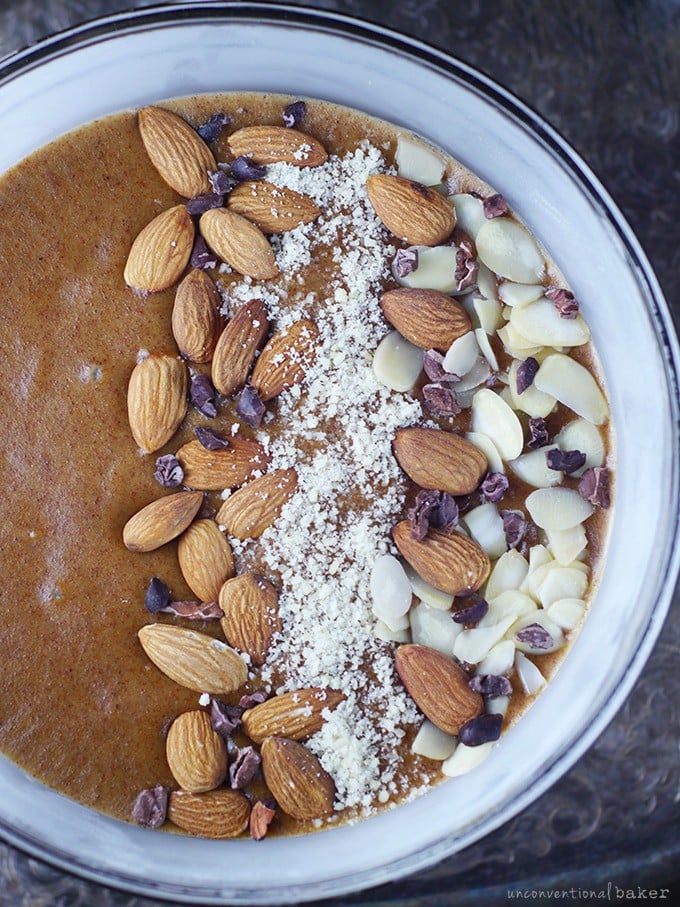 ... But I was most thrilled to have discovered that almond butter makes the most amazing of ice creams. This almond butter ice cream is so creamy, dreamy, and delicious. I paired it with some dried cherries, chopped almonds, and a bit of cacao nibs, but you can of course play around with whatever add-ins you like. 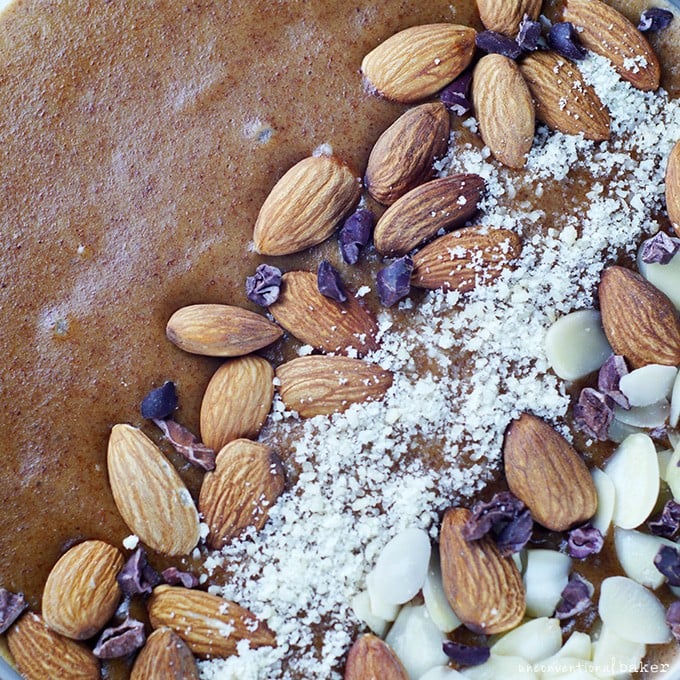 The most important thing about this ice cream though is that it's largely flavored by the almond butter you use -- so go for a creamy and naturally sweeter kind of almond butter here. I'm currently a little obsessed with Costco's Kirkland creamy almond butter, so that's what I used here. But of course your favorite brand or a homemade version will work just as well... 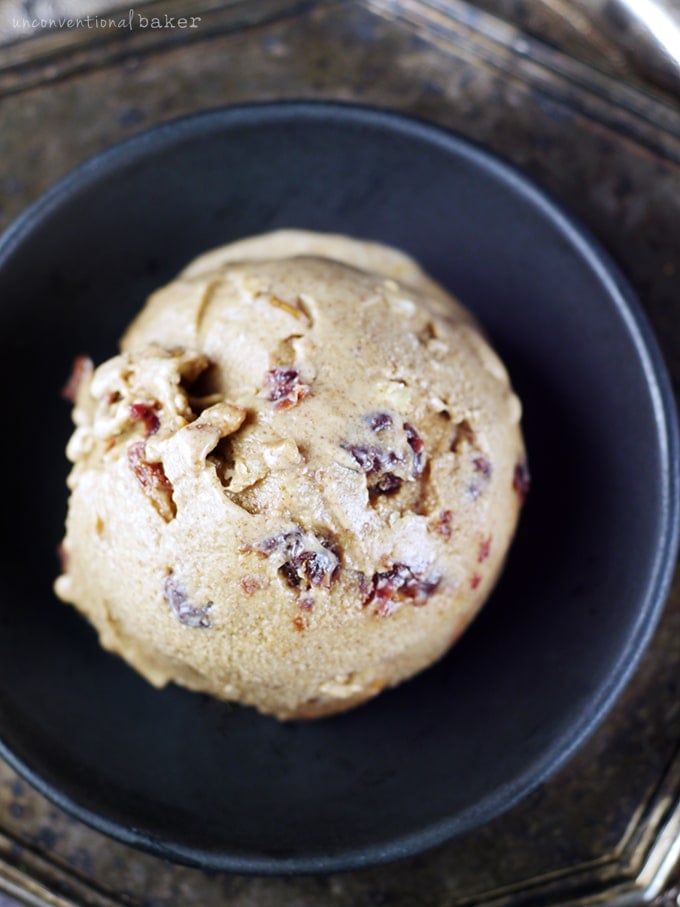 Ready? It's as easy as blend, freeze, eat! 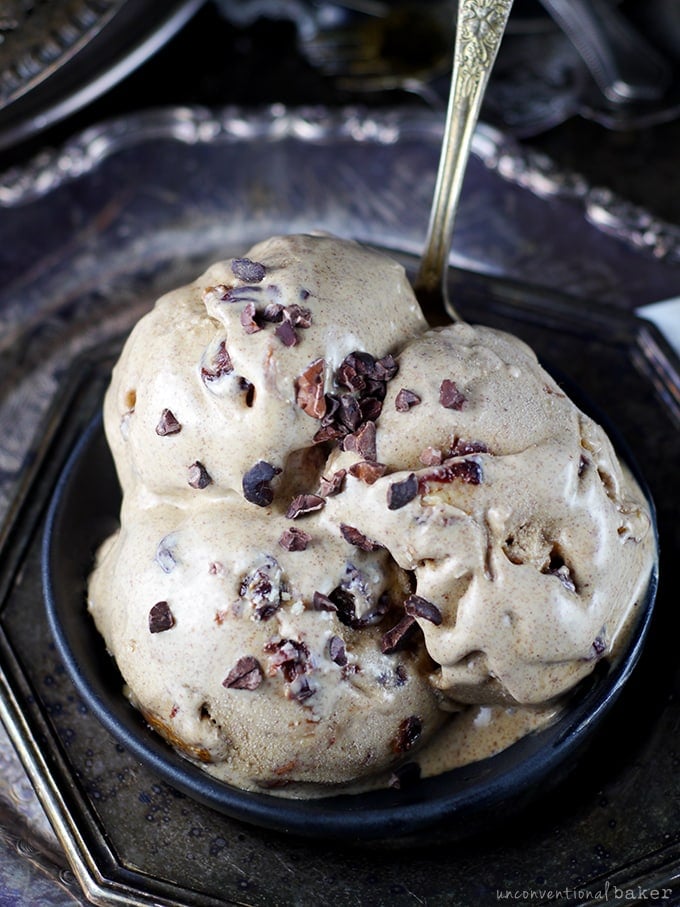 Creamy almond butter vegan ice cream you can make in a blender without churning. Raw and fruit sweetened. 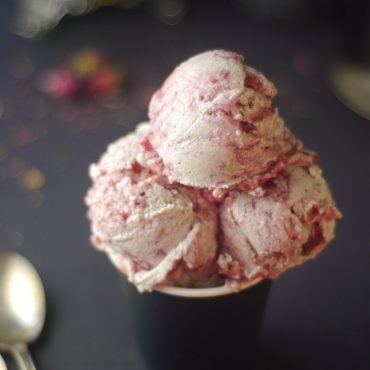 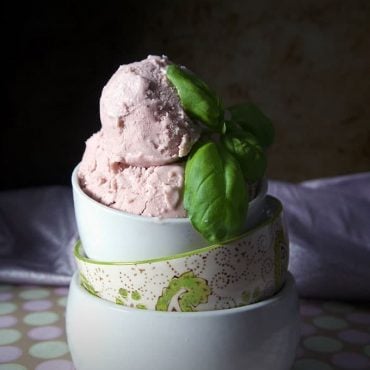