I was recently invited to partake in a virtual potluck for the 1 year anniversary of Ilene's blog The Colorful Kitchen. Ilene is a health coach and has many gluten-free, vegan, and refined sugar-free recipes on her blog -- all things I dig, as you know :) , so it was easy to jump in and partake in the celebration. 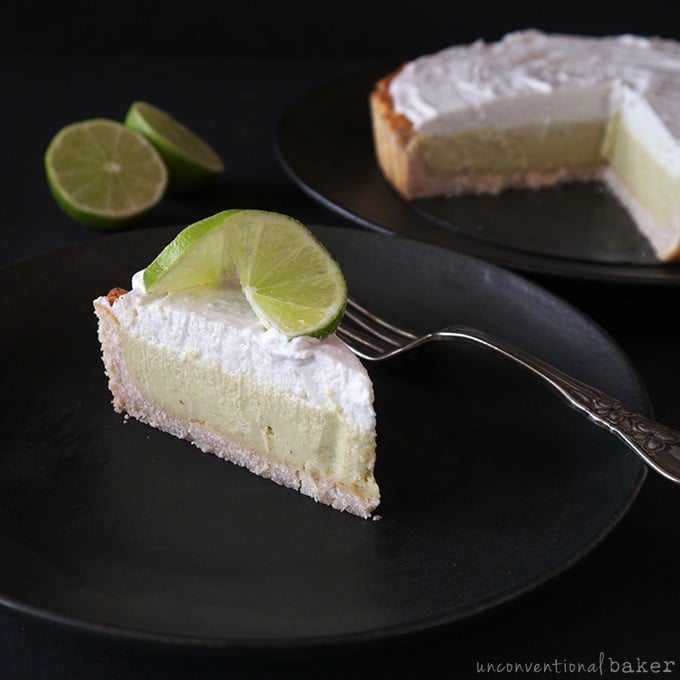 I was pondering what kind of a dessert I would bring to a healthy vegan potluck and finally decided to share my recipe for a gluten-free vegan creamy key lime pie for the occasion, which happens to also be refined sugar-free and suited to a paleo diet. 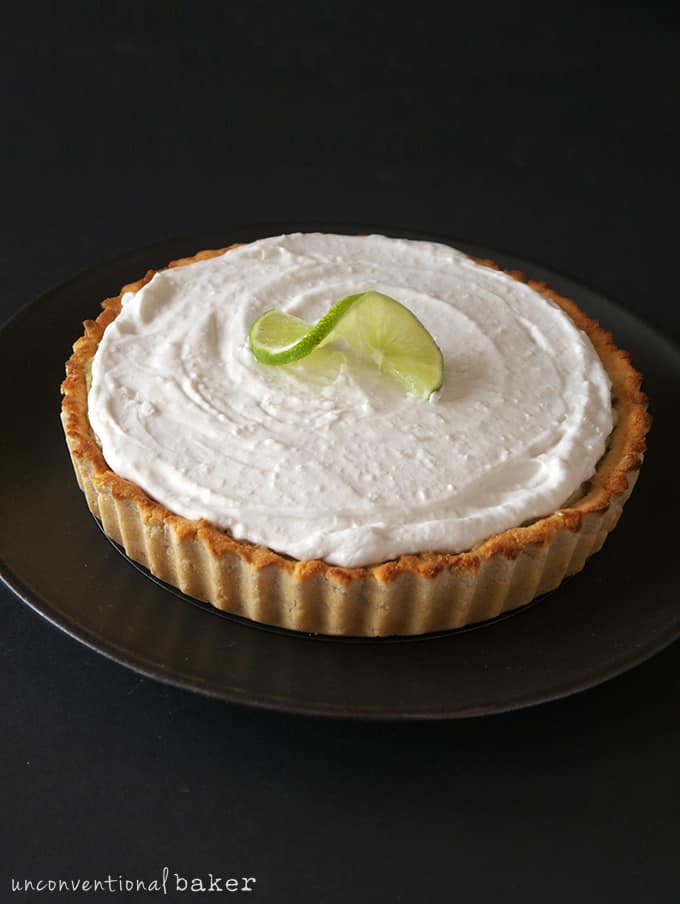 Key lime pie used to be one of my most favorite desserts, and sadly since it's traditionally filled with a ton of sugar, dairy, eggs, and gluten, it was a dessert I thought I had to leave behind... When I recently made a refined sugar-free and vegan lemon curd, someone suggested in the comments using avocado in it as a substitute for silken tofu. Suddenly I had a beautiful vision of how I could make a healthful, nutritious, and delicious creamy key lime pie! Now that's a dessert I'd absolutely LOVE to eat up at a potluck (and on any other occasion, really ;) ). 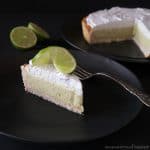 A deliciously creamy whoelsome vegan alternative for key lime pie. I originally shared this recipe on Ilene's website for her virtual vegan potluck.

2. Place all crust ingredients into a large mixing bowl, except for coconut flour and potato starch. Use an immersion blender to mix all the ingredients together until smooth (or do this step in a food processor). Add in remaining crust ingredients and mix the mixture by hand, kneading it lightly until a sticky soft dough forms. Transfer this dough into your oiled tart dish and press it down and spread it evenly throughout the pan (base and edges) using your hands until it’s shaped and molded to the tart pan shape. Use a fork to pierce some holes along the base of the crust to prevent bubbling while baking. Place in the oven and bake for 22 minutes. Remove from oven and cool a on a rack.

4. Place all remaining filling ingredients into a blender (or use a bowl and an immersion blender — that’s what I used) and process until smooth. Add in the key lime juice and agar agar mixture and blend a few seconds longer to mix it in. Pour this mixture into the baked pie crust. Place the pie pan into the freezer to set for at least 20 minutes.

5. Meanwhile, prepare the whipped topping. Open canned coconut milk and scoop out only the solid part of the milk into a medium sized mixing bowl. Add in vanilla and maple syrup and whip it up with a mixer until it’s light and fluffy. (Store remaining coconut water for later use or discard).

6. Warm up the water and the agar agar on medium heat in a small saucepan or pot. Keep whisking it until the agar is fully dissolved. Do not wait till the mixture boils! This is important, as it’ll clump up. Once the agar is just dissolved, pour the mixture into the whipped coconut cream and whip some more until everything is combined. NOTE: You can skip this step if you prefer, and just make a batch of fresh vegan whipped cream (step 5). The agar agar addition helps to make the whipped cream set more so that it slices nicely.

7. Scoop coconut cream mixture into the pie atop the key lime layer. Spread it around evenly. Place pie in the fridge and refrigerate for at least a few hours before serving to allow it to set (or place in the freezer for 1 hour to speed up the process). I found that the longer it was chilled, the better it tasted! Enjoy!