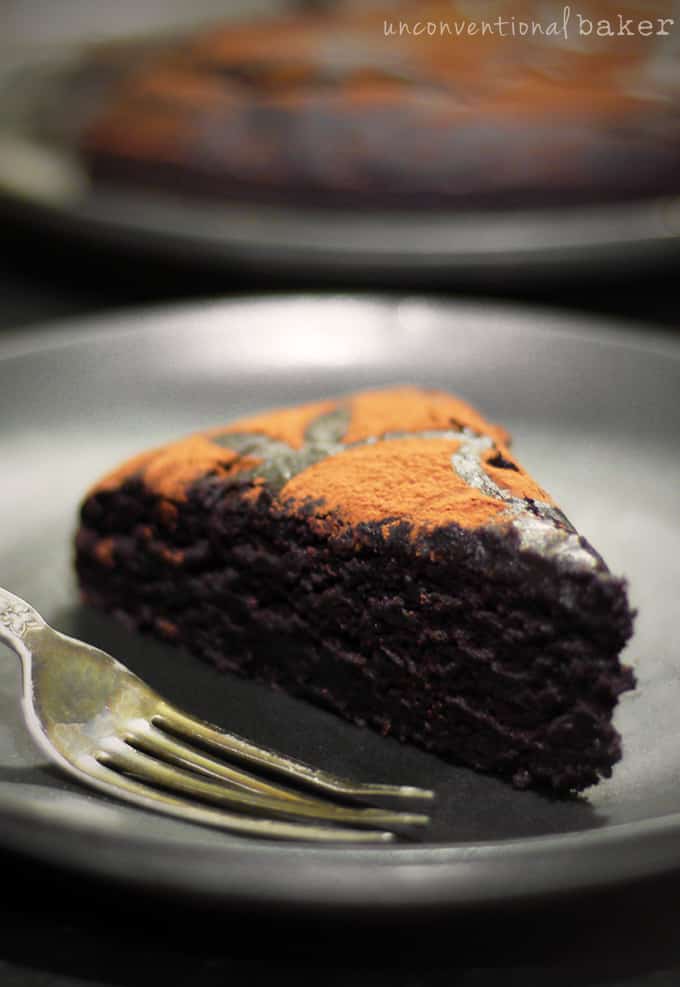 A few weeks ago I made this cake for a friend's birthday. It turned out chocolatey, velvety, rich, and had the most amazing texture -- lightly springy and spongy, and delicious of course! It's the perfect kind of cake for making layer cakes {if you double the recipe}, for cutting into a shape if needed, to enjoy on its own, or frosted. I served it unfrosted {just sprinkled with some cocoa powder on top} and upon it pretty much being devoured in less than 15 minutes, to my surprise everyone declared that it was amazing and tasted just like a Duncan Hines chocolate cake! 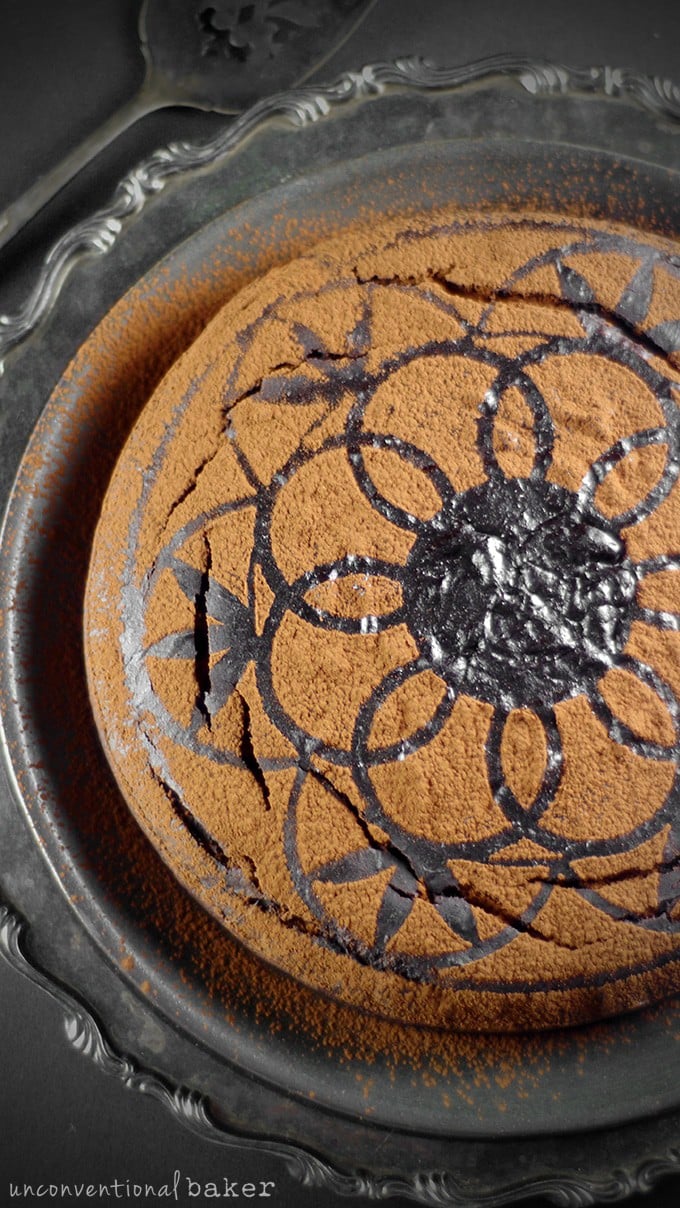 My friend, for whom this cake was made, is actually neither on a gluten-free or vegan diet. He is mostly an organic, clean-eating kind of guy, but his weakness is Duncan Hines and he makes exceptions for these boxed cakes knowingly even though they're not exactly a wholesome kind of treat... Apparently it's something he {and many of my friends} grew up with. I on the other hand must fess up that I never tried it {gasp!} -- my family never bought boxed cake mixes. It is possible I may have eaten some somewhere by chance, since as one of my friends put it, Duncan Hines happens to be a regular guest at birthday parties and such, but I actually have no idea what that boxed mix even tastes like. What I do know however, is that everyone said that this gluten-free, vegan and refined sugar-free cake tasted just like it. What an extraordinary coincidence it is that I made this cake for the birthday of the very person who loves his Duncan Hines so much! :) 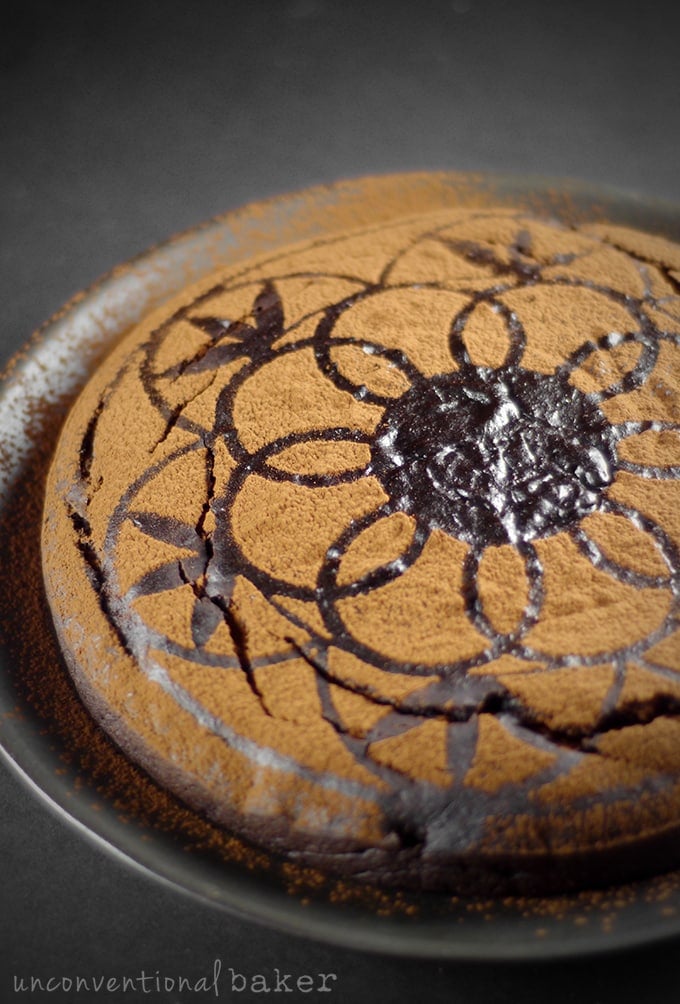 There is a part two to this story, though :) My friend also happens to loath beets -- to my horror he thinks they taste like dirt! I on the other hand think beetroot is a wonderful thing {especially of course when combined with chocolate, as in these fudgiest ever chocolate beet brownies}. I made it my mission to convince him otherwise and have made him some wonderful beet dishes in the past, but sadly only succeeded in making him like only one of them {in case you're curious, it was beet hummus he liked -- something my husband nicknamed "bummus" -- delish! ;)}. Anyways, I was really eager to make him secretly enjoy some beets again so I snuck them into this cake. And it absolutely worked -- he loved the cake, didn't have the faintest idea that beets could be anywhere in there, and the cake was absolutely velvety and delicious as a result. 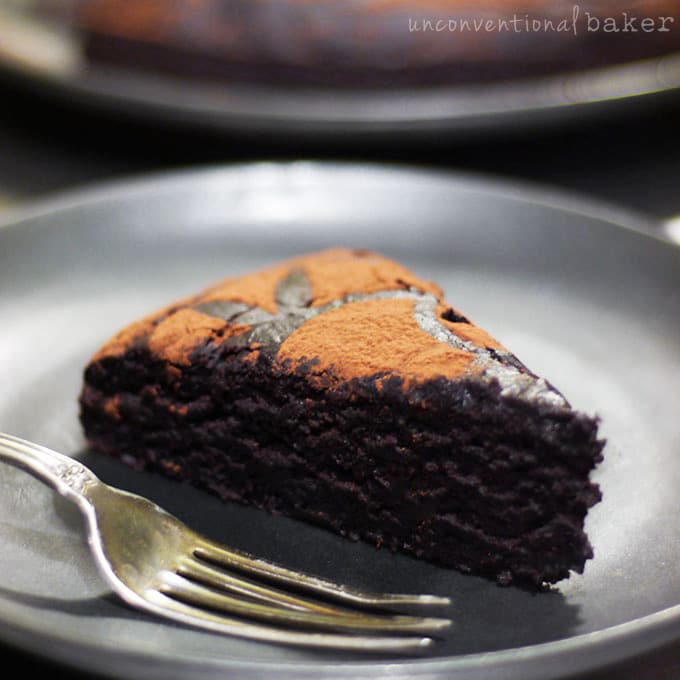 One thing to note about this cake is that it's not super sweet -- it has a very nice and balanced chocolate flavor that way in my opinion and it's perfect for those that love their desserts on the less-sweet side. It's amazing with a nice espresso or some delicious black tea. As I mentioned earlier, I simply dusted mine with cocoa powder {using a handy cake stencil}. The cake can easily be sweetened though with a simple ganache if you want it sweeter though {or if you like ganache ;) } -- I did this when I made the cake on another occasion, so I'm including the recipe for an easy dairy-free ganache as well in case you want your cake additionally coated with a delicious layer of chocolate. 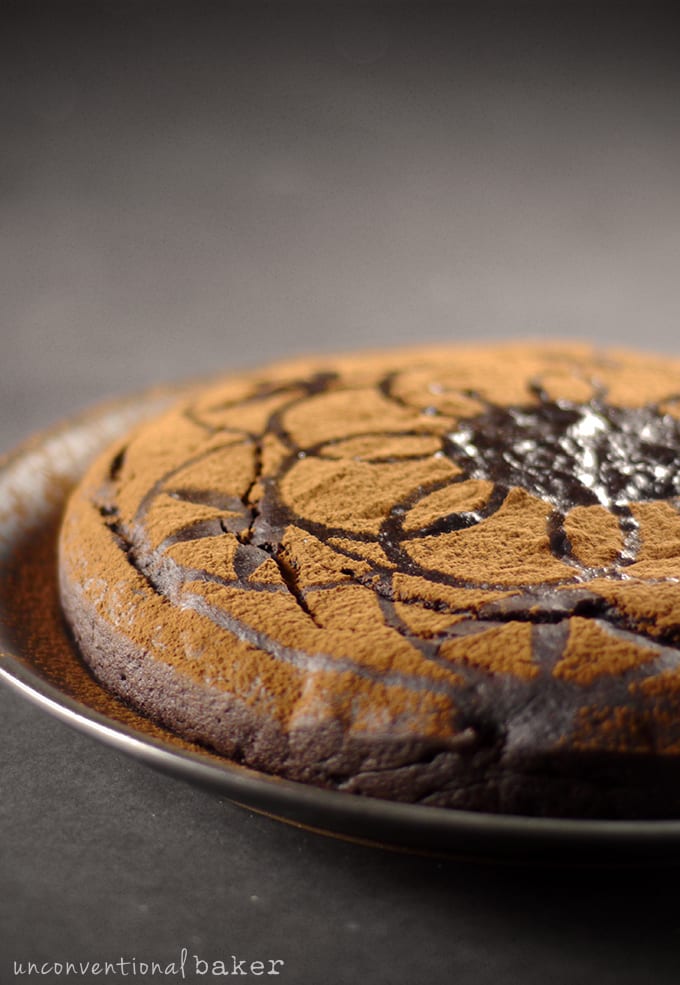 You can also of course frost the cake with a frosting of your choice as needed. One of my friends did just that for her kid's puppy-themed birthday party and it turned out great -- you can see her cake here, if you're curious. The upside of her making this cake by-the-way is that she managed to test out my refined sugar-free, gluten-free, vegan Duncan Hines-style chocolate cake on a bunch of unsuspecting 6 year-olds and their parents and it was a hit. She's being bugged for the recipe ever since, so I had to push this one up the queue above other recipes I had planned to share just so she can refer people to it :) 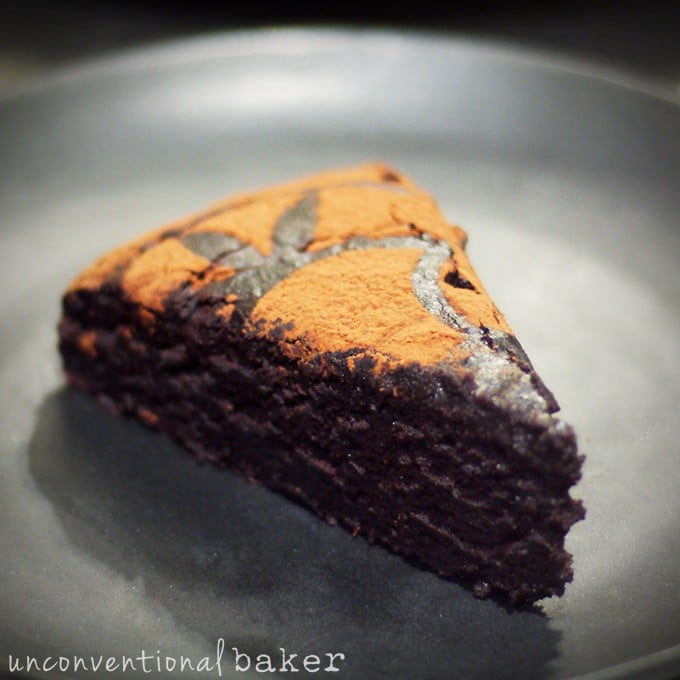 Baking time: whenever I make this cake, it bakes through in about 25-30 min max. I have had readers report the same results. There have been a few people though who mentioned their cake took twice as long to bake through. It may be something to do with oven temperatures being unsteady in some ovens, but just in case, keep baking the cake until a skewer comes out dry -- that's when you'll know it's ready.

Keep in mind, it is a moist spongy cake, so you wouldn't want it to dry out. So lean towards the 25 min mark and keep an eye on it from there. 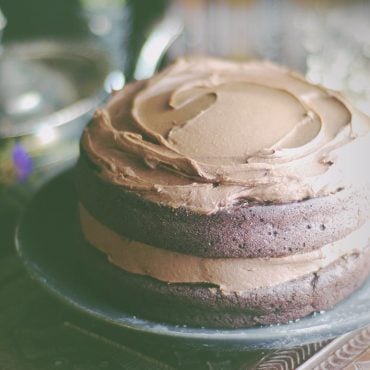 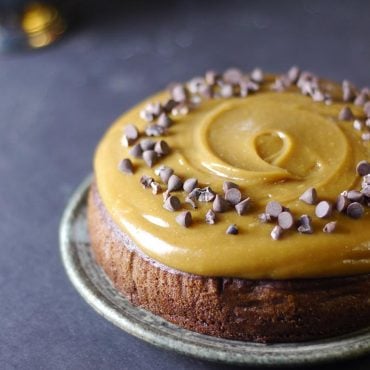