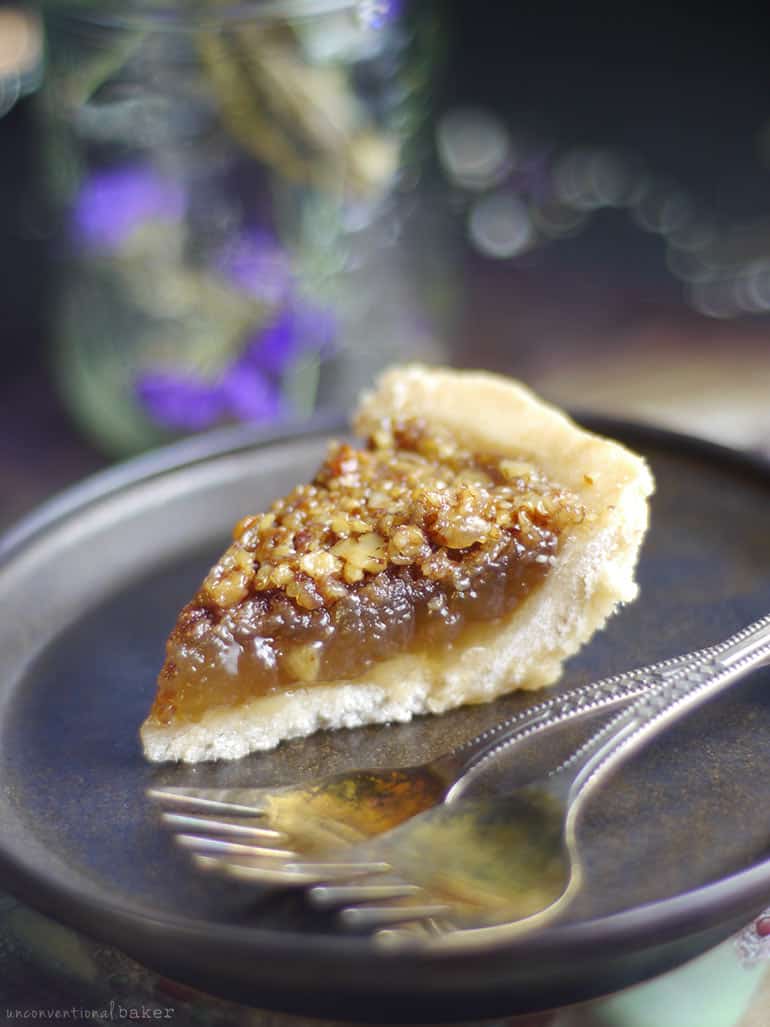 Bonus point time... List 5 Canadian desserts, and if you can do it without consulting Google, you win - GO! ...any luck? I'll be honest, I have a hard time naming many myself, and I live here! I can think of butter tarts, nanaimo bars, beaver tails, maple cookies... and.... ah... that's about all that comes to mind. But then, there's an often forgotten little hero: maple pie. 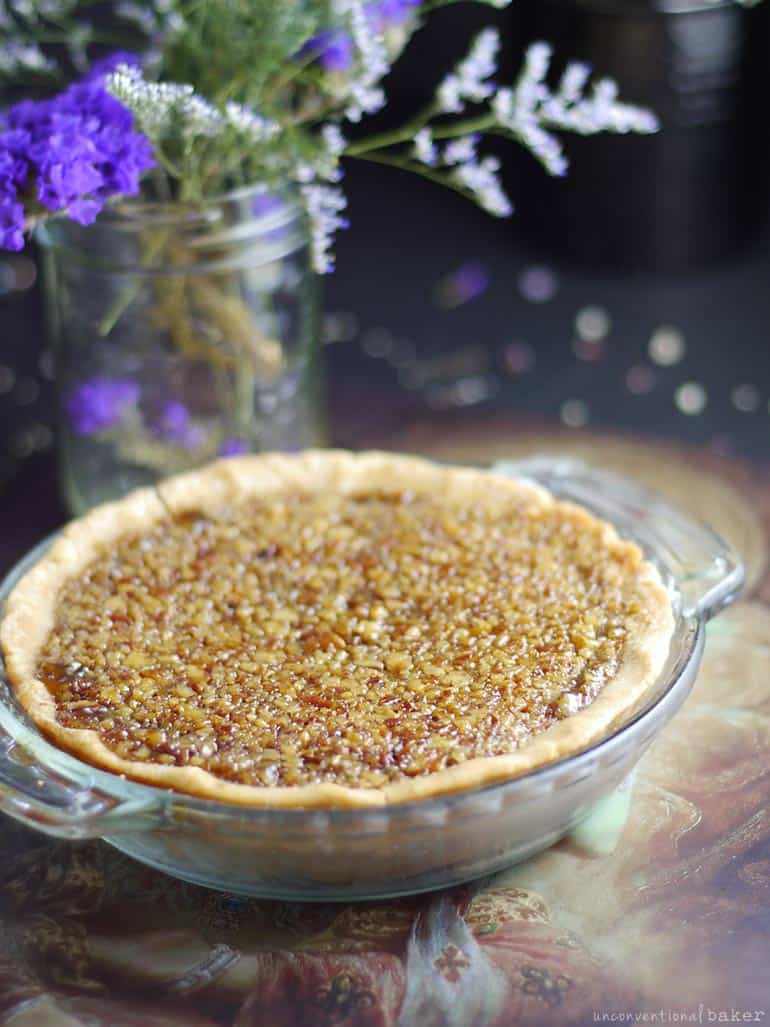 To tell you the truth, I can't say I'm super patriotic. I love living here in Canada, but I also loved every country I've lived in or visited. There's something so fun about exploring foods from various cultures. Some places have such a rich history when it comes to traditional desserts... and then there's Canada, whose history is so young it seems it's not had the time to develop a proper dessert culture.

And speaking of culture, it's so darn multicultural here (in a good way) that you can pretty much get any kind of dessert or food you like -- anything you can dream up you can likely find somewhere in Toronto. Anything save something truly Canadian. What a paradox! 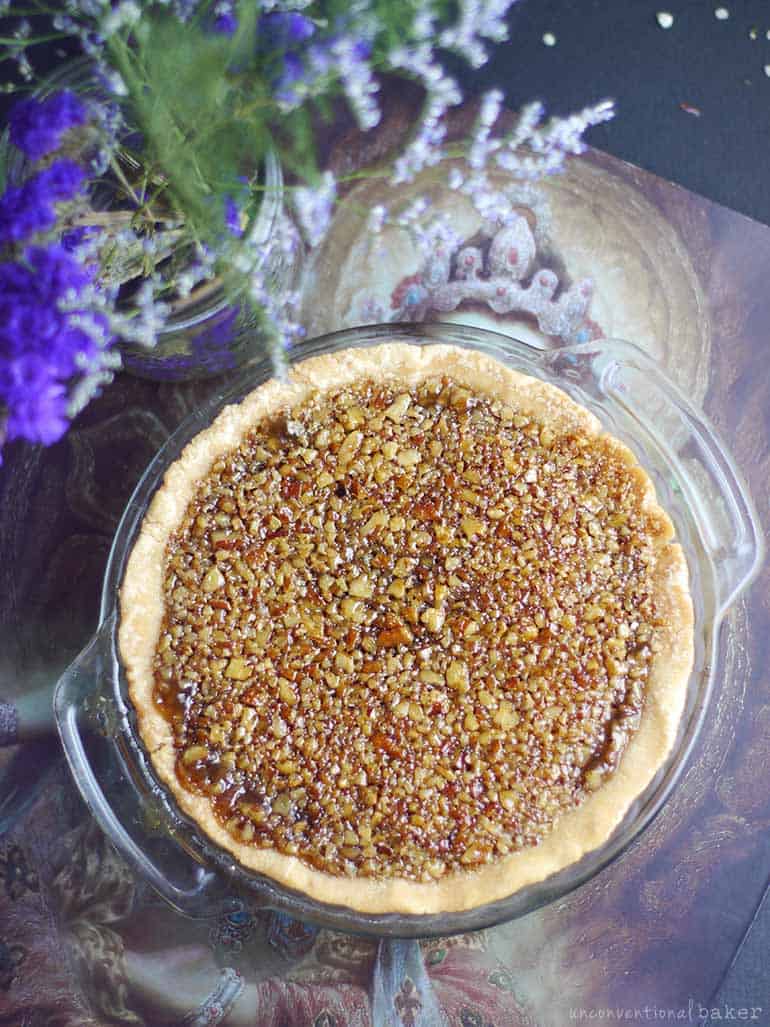 I remember being a bit surprised at the latter when I first heard of it while being on an exchange program as a student in Quebec -- trying to imagine what it would taste like was difficult somehow. Well I'll break the mystery for you -- it tastes like delicious maple custard. Very simple, very unique, very flavorful, and most delicious. Like a much improved maple-infused butter tart. It's traditionally made with eggs or heavy cream and a store-bought glutinous pie crust, but I took care of that for ya so now we can all enjoy some! 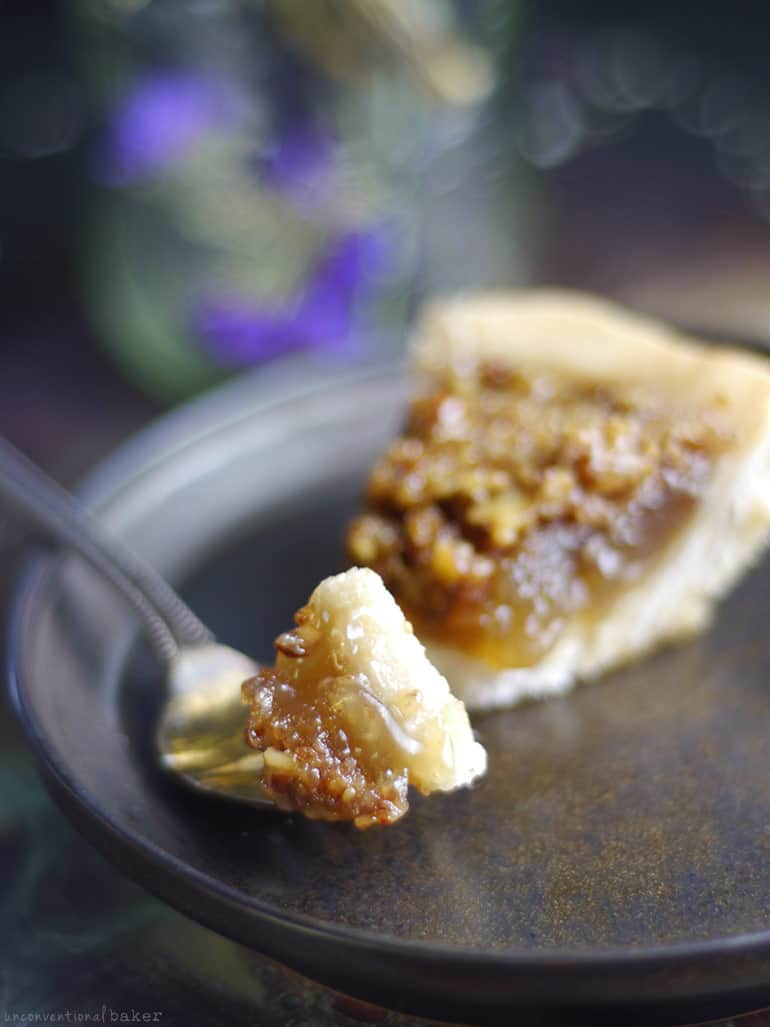 In keeping with tradition, the real recipe here is for the pie filling. The crust could be any crust you like. I'm including in the recipe one of the crusts I used (my favorite one for this pie), but you can easily use a small portion of the crust from this blueberry pie (nut-free | make a ⅓ of the recipe) for instance (which is what I actually used in the version pictured here). The pastry crust from this bakewell tart (nut-free | make a ⅓ of the recipe) will work great too. Or see the crust from these tarts (nut-free & grain-free | make ½ the recipe). The only kind of crust that doesn't work here is my usual go-to ground nuts and dates kind of a crust -- there's some kind of wizardry that happens in the process: the nuts will rise to the top as it bakes and you'll be left with a crustless pie!

I also made this in my mini 6" pie plate. If you don't have a dish that small, use any other oven safe dish of a similar size, or make a few tarts instead in a muffin pan or ramekins. Otherwise, triple the recipe for a 9" plate.

Last but not least, the pecans are optional but absolutely scrumptious. If you want to make this a nut-free pie, use ground sunflower seeds instead or omit altogether. I made this once with cashew pieces instead and that was delicious too if you're out of pecans. 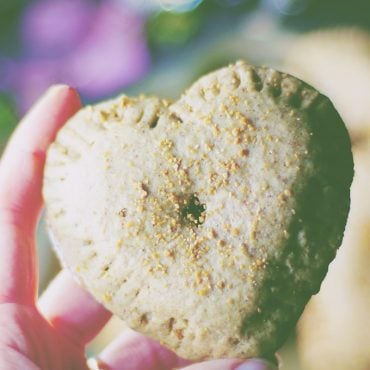