So here's the story with this raw vegan raspberry and white chocolate bark: wild raspberry season is beginning to come to an end around here, and so I've been trying to take advantage of the acres {I'm not exaggerating!} of raspberry bushes we have around here to do something easy and fun with them. I decided not to go full on with the berry picking this year {and the deer, gophers, and bunnies have been more than happy with my decision so far...}. Instead I spent tons of quality time outdoors with my pups, the three of us picking and eating the berries daily right off the bushes -- I think this will be a "ritual" I'll keep for years to come ;) . It's really incredible being able to enjoy nature's abundance and to share it with all the little creatures we share this space with! 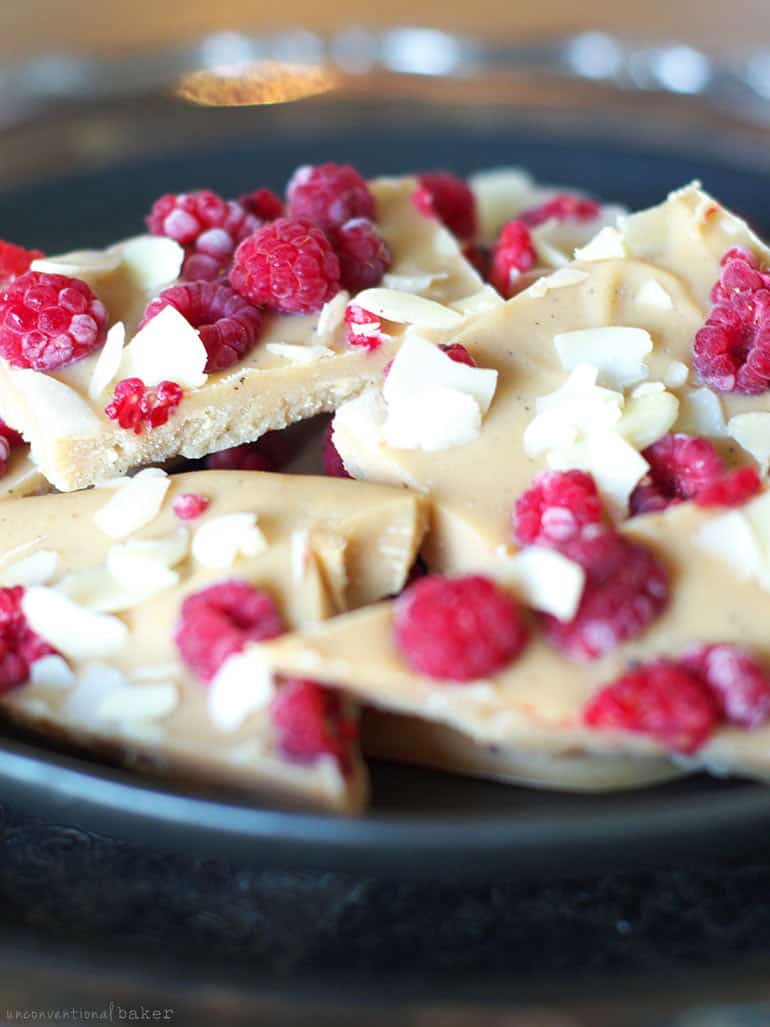 I did pick some for recipes though {couldn't resist} and made some jam with them {using this recipe}, added them to porridge and my morning cereals, and also of course made some of our favorites around here {Gluten-Free Vegan Raspberry Almond Squares, Raspberry White Chocolate Paleo and Vegan Tapioca Pudding, and Heavenly Raw Vegan White Chocolate and Raspberry Cheesecake}. Notice a pattern there? Yeah, I love my white chocolate with raspberries ;) . So here's another easy one for you: Raw Vegan Raspberry and White Chocolate Bark {Gluten-Free, Paleo}. The combination of chilled white chocolate and raspberries was super refreshing on a hot summer day, but the creaminess of the cashew butter makes it also go really well with a cup of good coffee or tea. Enjoy it however you like it best -- I bet it won't last too long ;)

Vegan white chocolate bark with raspberries... beautiful, festive, and refreshing yet rich. Try it chilled for summer, or served with coffee/ tea for winter. 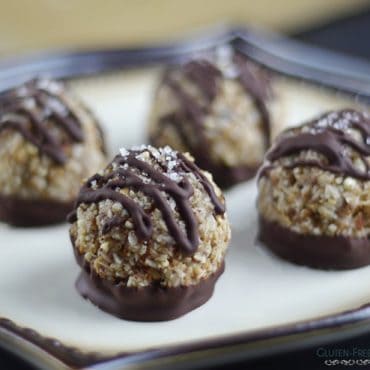 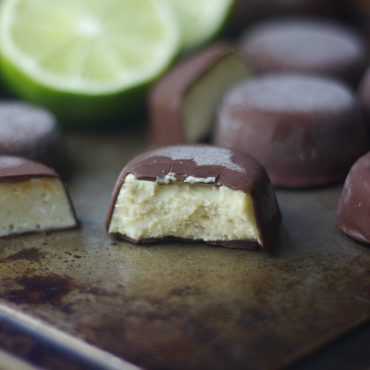