What is it about peanut butter that makes you start out with a spoonful on toast and end up with spoon in your hand and half the jar gone in a blink?! I know I'm not the only one guilty here... 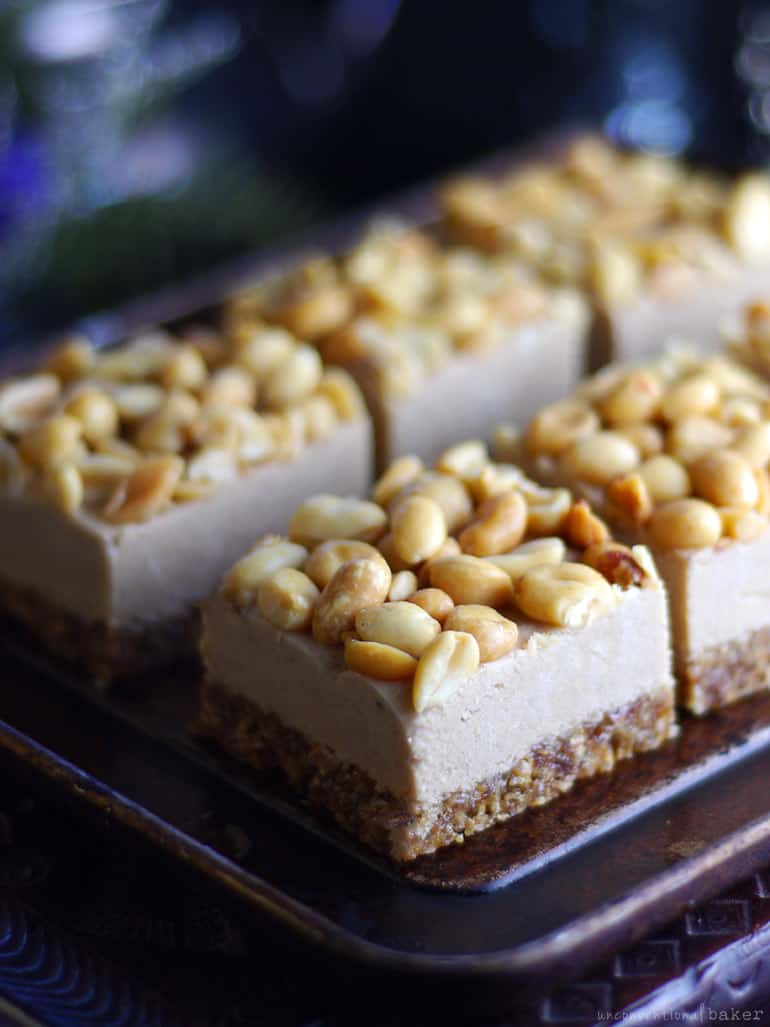 Somehow I can pace myself better if I incorporate the peanut butter *into* things... like these bars. Plus, peanut butter + banana in a highly customizable, grab-n-go ice cream bar situation is a combo that's hard to beat. 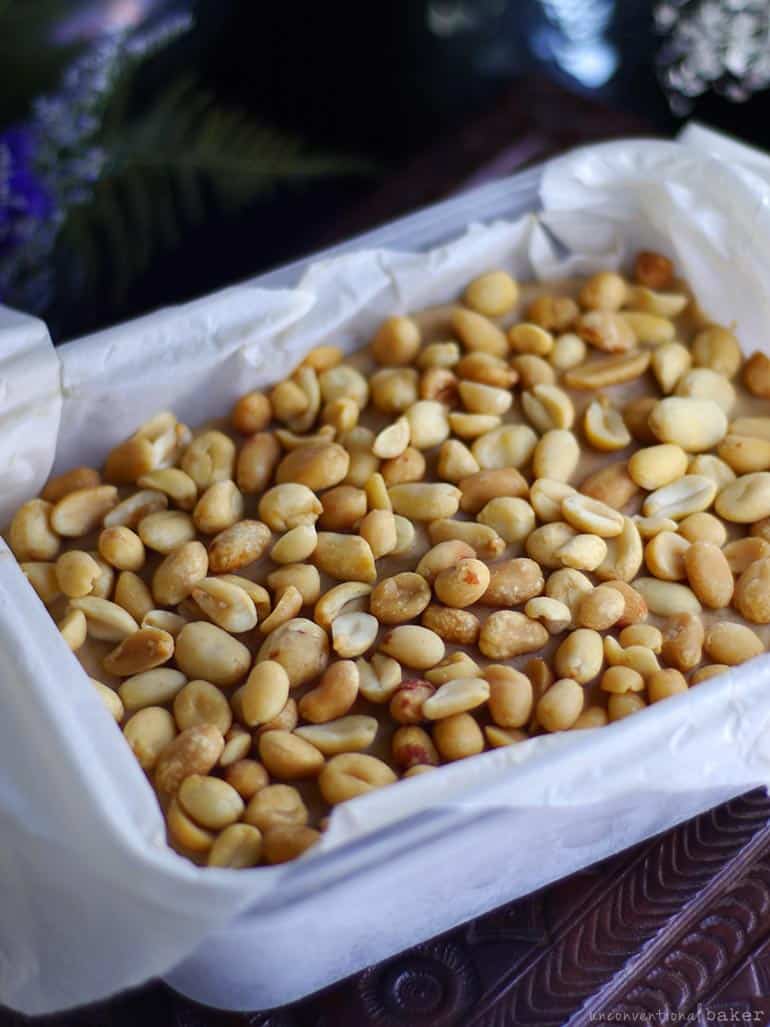 This recipe is basically like a glorified slice of nice cream (banana ice cream), but the added the peanut butter and other goodies worked in make it extra creamy. It's totally a make-ahead-of-time treat to have ready for after school snacks, or something to grab when you need a snack in a hurry... that kind of thing.

You can store and portion it easily thanks to the handy crust. And the toasted peanut topping + any other toppings you'd like to throw on there add a satisfying variety and texture. 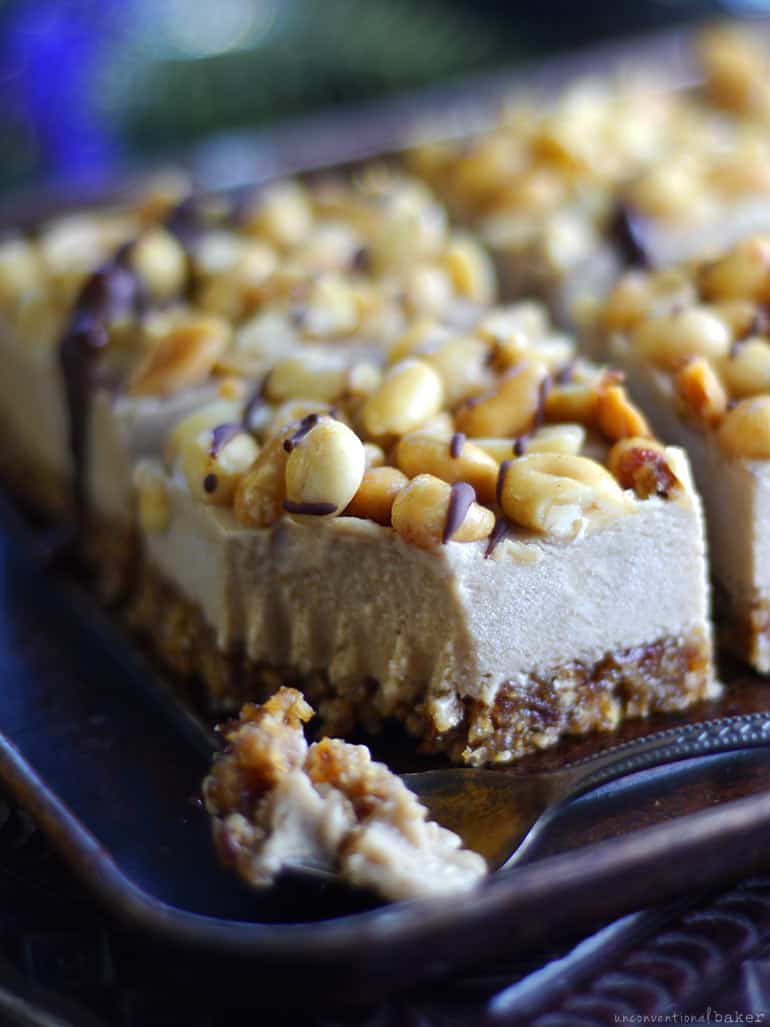 Depending on how you're feeling, you can vary things as you like. I made several versions. The one pictured has dried mulberries in the crust as opposed to peanuts. Both ways were ?. Mulberries make a softer chewier crust. Peanuts... well, it's hard to argue against peanuts and their toasty deliciousness. You can also use a different nut or seed of your choice (whatever's on hand...).

For the topping, I left them blank in the photos (there's just a tinge of chocolate drizzle visible). I was undecided how to top them, and so decided to leave it a clean canvas for your imagination to step in. Throw in some chocolate chips or chunks, drizzle with some dulce de leche or a caramel sauce, this condensed milk, melted chocolate or a diy chocolate or carob sauce... Swirl in some jam before freezing... 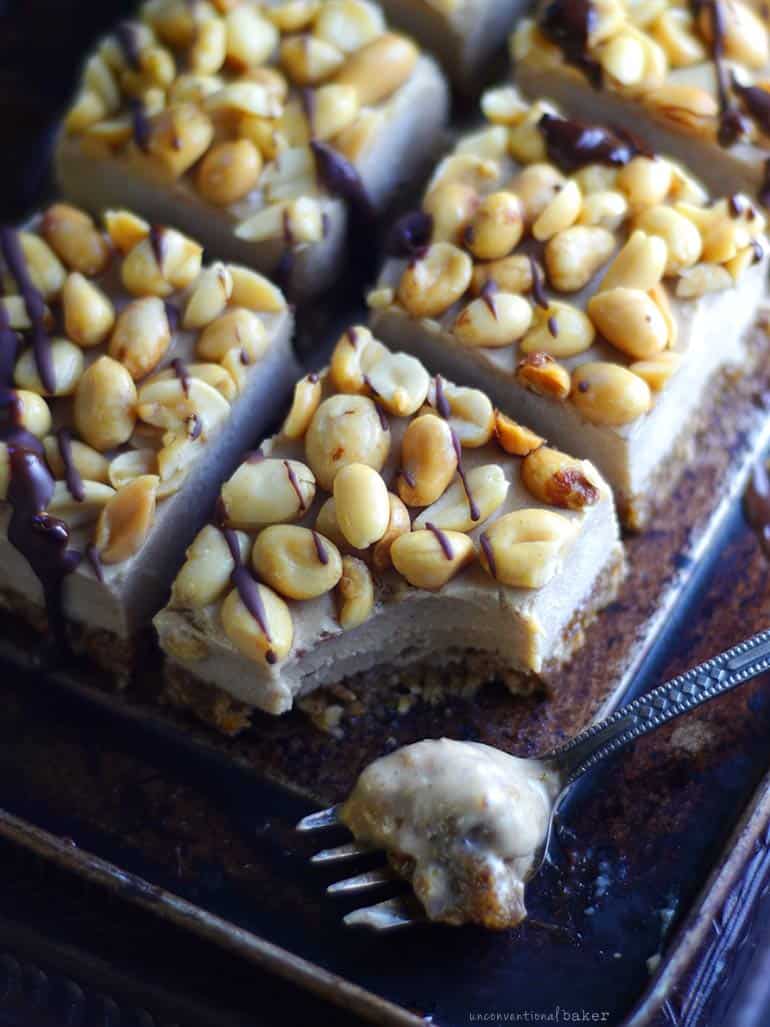 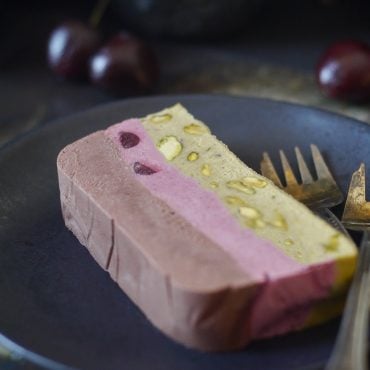 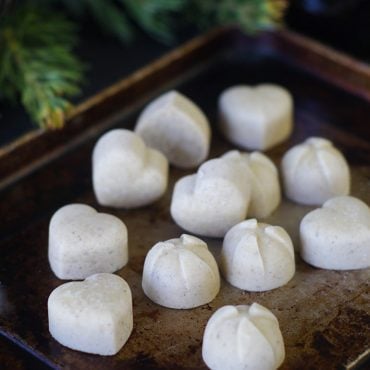