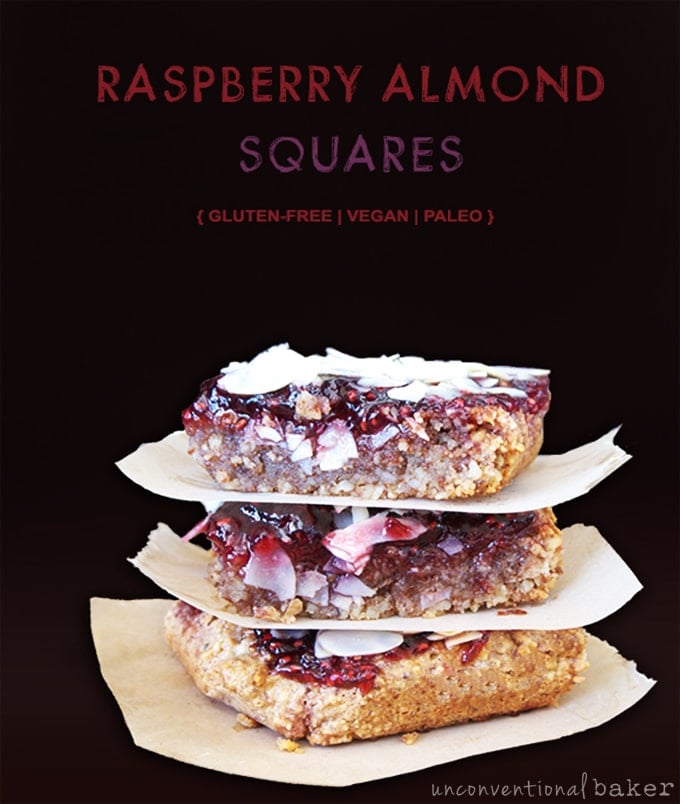 So I made these gluten-free vegan raspberry almond squares for my husband since he's not a desserts fan, but does like the occasional raspberry (or apple) treat. And yet, as I was making them, I couldn't lay my hands off the batter. And as I was photographing them, I couldn't lay my hands off the squares :P . He's lucky he even got to eat any. And you're lucky they survived long enough to at least show you what they look like ;) . They're literally finger-licking good! 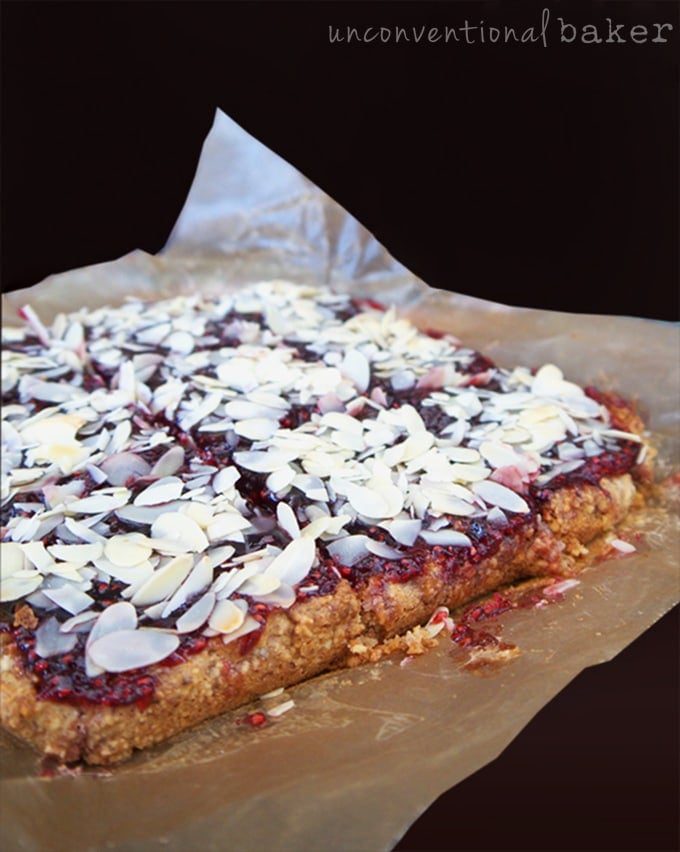 Note: they can be made with a store bought raspberry jam for a quick dessert, though if you can't find a vegan brand or a paleo diet approved brand (i.e. refined sugar-free), then you can use my Vegan Paleo Balsamic Raspberry Rhubarb Jam {Refined Sugar-Free} recipe or any other homemade jam you like (go for the thicker kinds though). 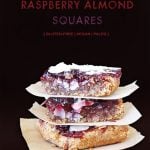 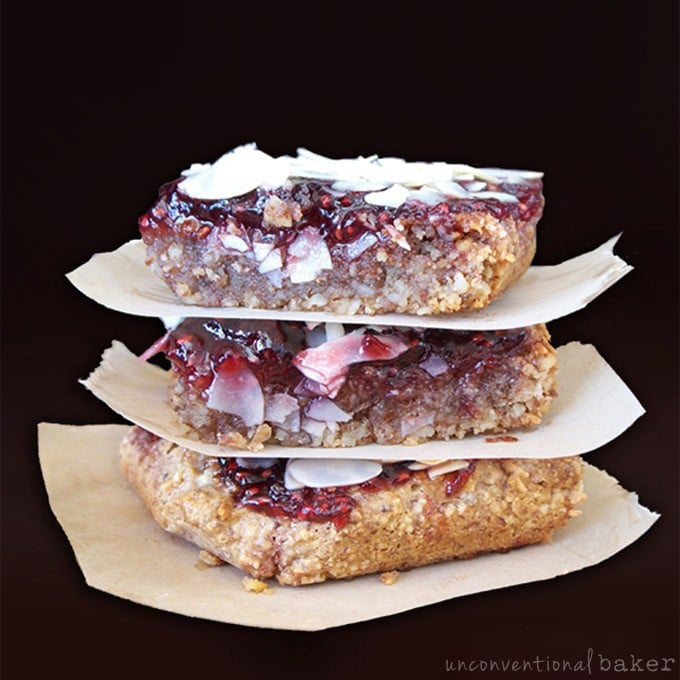