DIY coconut milk is my quick and simple solution to those dreaded times I'm out of non-dairy milk. While I love making homemade nut milks, or store bought vegan milks (I have a weakness for this one brand of unsweetened vanilla almond milk), sometimes I just want something a little more coconutty (and cheaper) to whip up. That's what I love about this DIY coconut milk alternative. 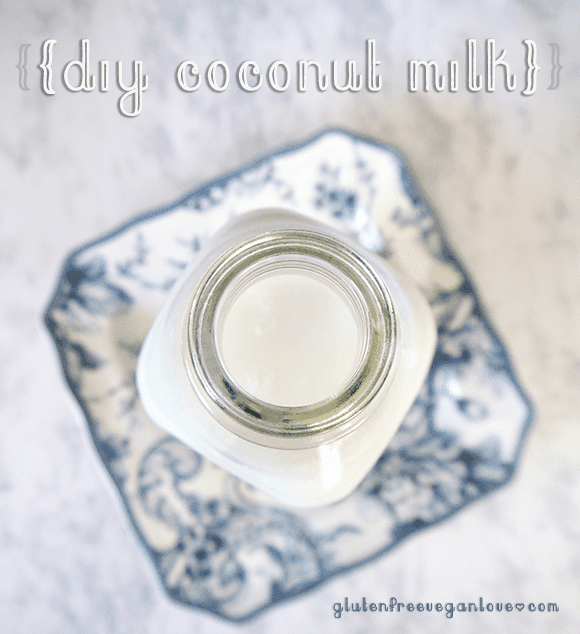 There are many ways to make your own coconut milk — some more involved than others, and some resulting in a richer coconut milk. This recipe is for a light milk, best suited for smoothies and cereals, or in baking in place of water to give the recipe a richer coconut flavor.

The best part? It's the easiest thing to make in the world!

Blend water and shredded coconut together on high speed until it's well blended. Strain contents through a nut milk bag (squeeze out as much as you can) and enjoy the resulting milk!

I mentioned approximate quantities of coconut to water because it's really up to you how strong of a flavor you like. The good thing about this recipe is that you can always adjust the flavor by adding more coconut and blending some more.

I make a full Vitamix's worth of coconut milk and then pour the strained mixture into a reusable glass milk container. I get one full 1L bottle of coconut milk that way. You can then store this milk in the fridge. Between my smoothies, cereal and porridge, this quantity normally lasts me 2-3 days, but I've had it even a week later and it's been fine before. I like storing it in those milk jugs because after about a day or so the milk will start to separate, so you should store it in something you can shake up to mix it up again.

I sometimes like to flavor mine either by adding some vanilla, or 2-3 Vanilla Creme liquid stevia drops, or a bit of liquid sweetener to taste. But it also tastes great on its own. {Skip stevia for AIP}

After you press the milk through the nut milk bag, you will end up with all the solids (clumped up coconut solids). You can either discard these leftovers or reuse. I like to reuse mine — don't like the idea of wasting something fully edible. So here are some ideas of what you can do with it: use it in a recipe that calls for pulp (like in raw cookies or cookie balls, etc.); dehydrate it into some coconut flour; or compost if you don't have a use for it. 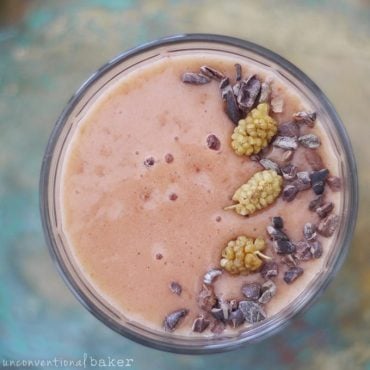 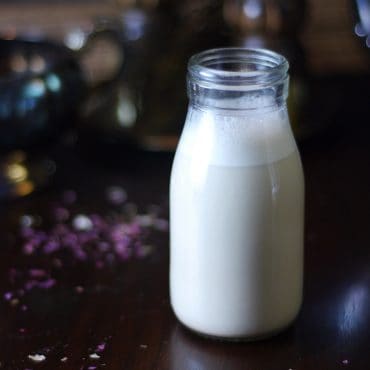