Some days you just gotta have an instant brownie fix. And by instant I mean forget-about-the-baking-altogether instant! And no long list of ingredients either, this is for when only the shortest list of required items will do...

If you've just come home from work on a weeknight, or you've got a big chocolate craving and 10 minutes to spare on a Saturday afternoon, these little brownie bites will save the day. I've been making these darlings for weeks now in all sorts of shapes and forms (you might recognize them as the brownie fudge bits in this peanut butter banana and fudge swirl ice cream), so it's only proper they're documented here. 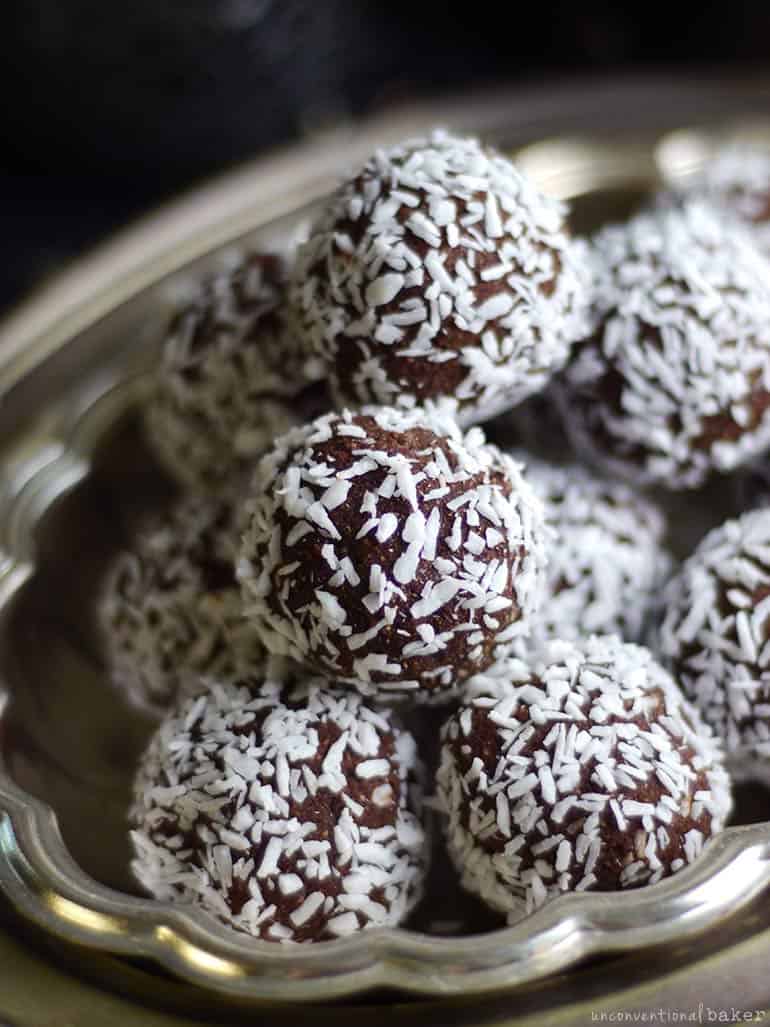 Despite the absolute simplicity of this recipe, it's a total winner for covering those chocolate cake / fudgy brownie hankerings, and I love that it's a nut-free, oil-free, and grain-free recipe, along with the usual "free-froms" you'll find around here... 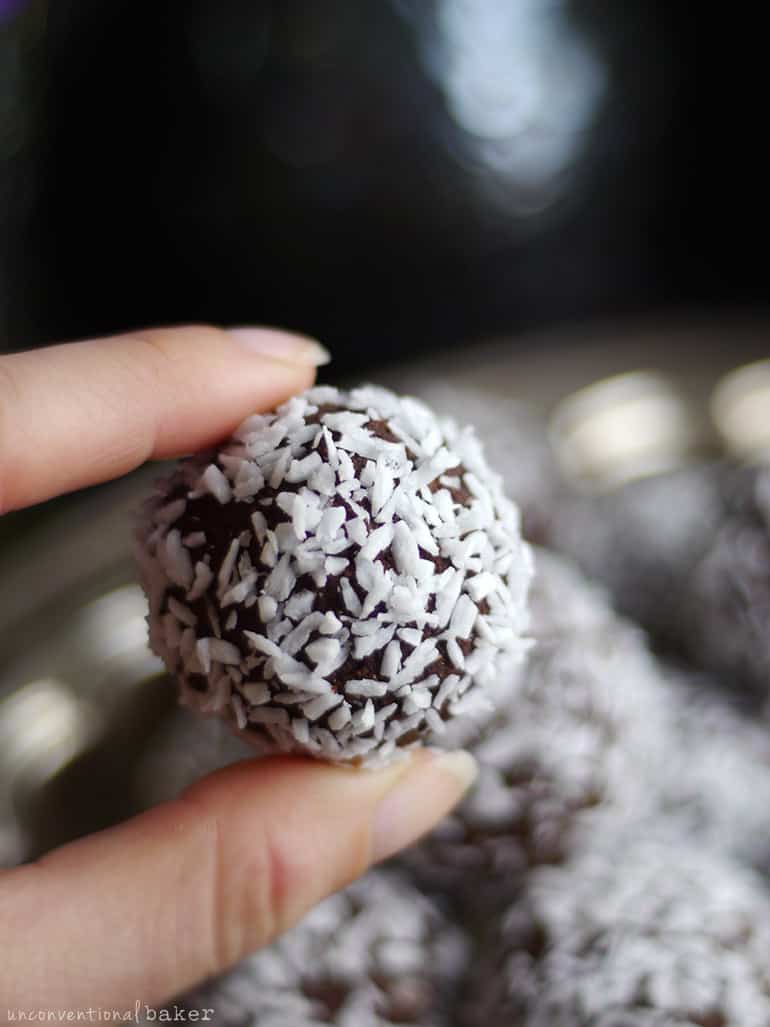 Most bliss balls out there are nut / date based, which is great, but, you know... nutty, chewy, truffly, crunchy... If that's what you're after, perfect (not a knock against any of those things at all by the way -- I LOVE all those varieties). But sometimes you just want a cake or baked-goods texture without having to turn on the oven, and that's where these coconut flour-based bliss balls really shine. 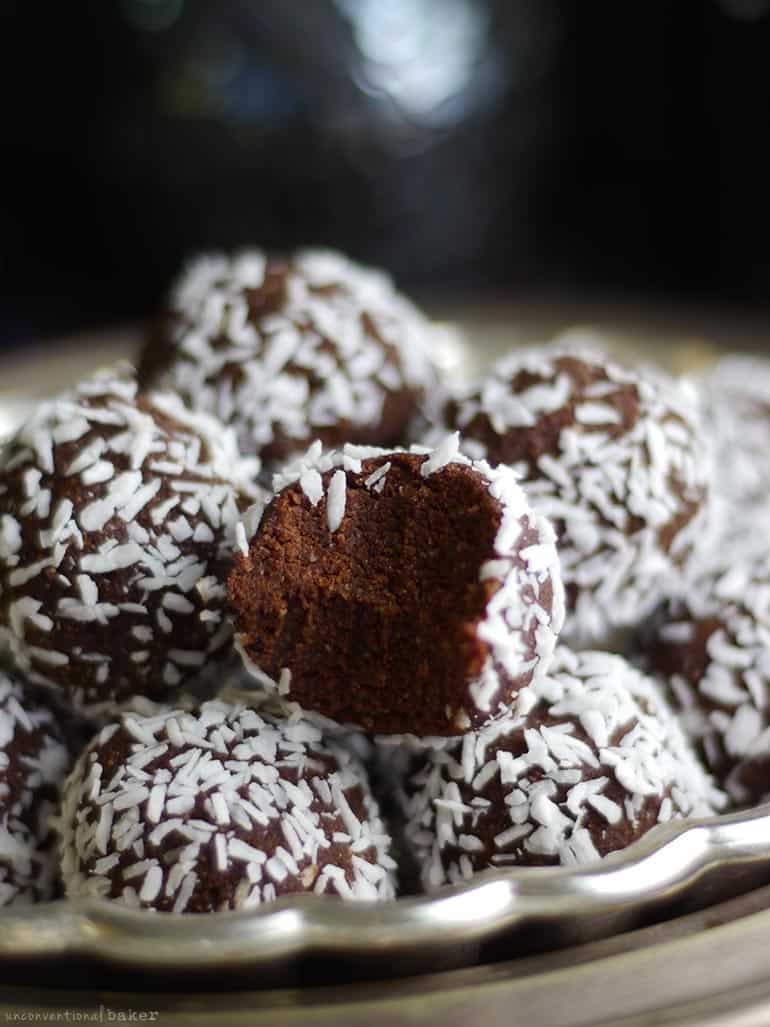 They're pretty simple in flavor by the way, but if you're feeling wild you can easily customize with a few tweaks. I added freeze-dried raspberries to one batch... loved it. They'd also be great with a pinch of cinnamon or cayenne...  or tiny chunks of chocolate folded in. And even ginger -- a weird one, I know, but sometimes chocolate with a hint of ginger can be refreshing. Or, if you're feeling plain, leave them to be the naturally mellow, brownie-ish cake bites that they are -- sometimes simple is best!