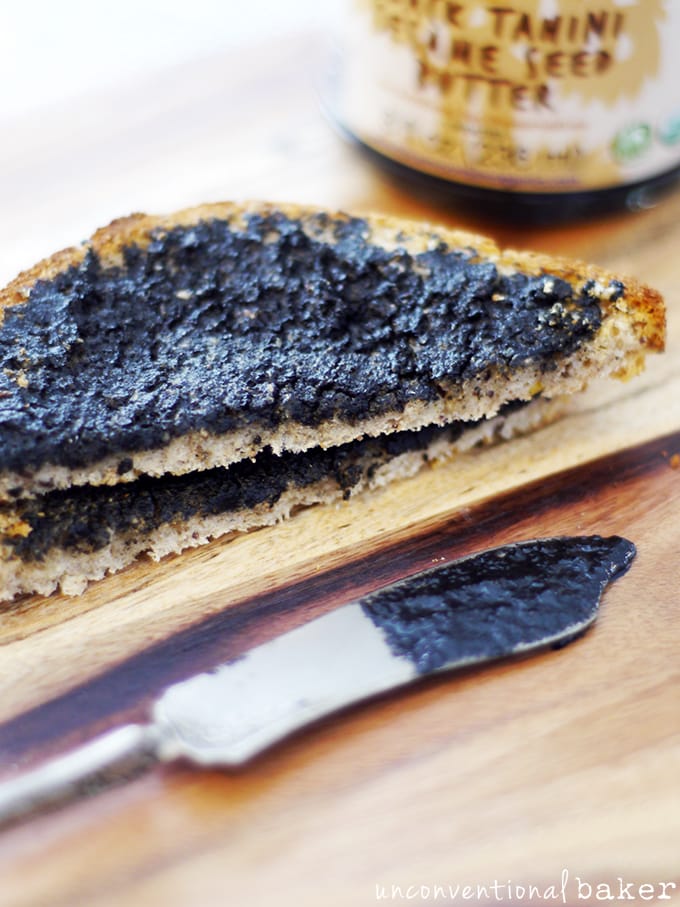 Today I'm sharing something a little out of character for me -- out of character because not sweet for a change. I've decided to take a quick break from dessert recipes and share this homemade organic gluten-free "Vegemite" recipe with you instead. Why? Because VEGEMITE! I've discovered a way to make gluten-free "vegemite", and one that is free from artificial MSG and totally organic <<< This is HUGE! ... And it's still a "treat" so perhaps it's not that out of character after all... ;)

If you're wondering what on earth is Vegemite, you're obviously not Australian. Well, that's ok, because neither am I :). My husband and I first discovered Vegemite over a decade ago via an Australian friend. My husband got instantly hooked on this black "aromatic" stuff {see what I did there?}. It took me over a year to even taste it. First of all my breakfast must be sweet {nana ice cream, fruit, smoothie, porridge, CAKE...}. Second of all, that stuff has a very funny smell. Third of all, it just looked and sounded plain odd. My husband on the other hand was completely addicted -- both to Vegemite and to trying to make me a Vegemite convert. My first taste of it did not go over so well -- I thought it sort of tasted like... sardines? But after a few attempts it really grew on me. It's salty, it's pungent... sort of like a strong cheese. I began to actually like this stuff! ...And then the Vegemite party came to an end -- I became gluten-intolerant. This stuff is made from barley. 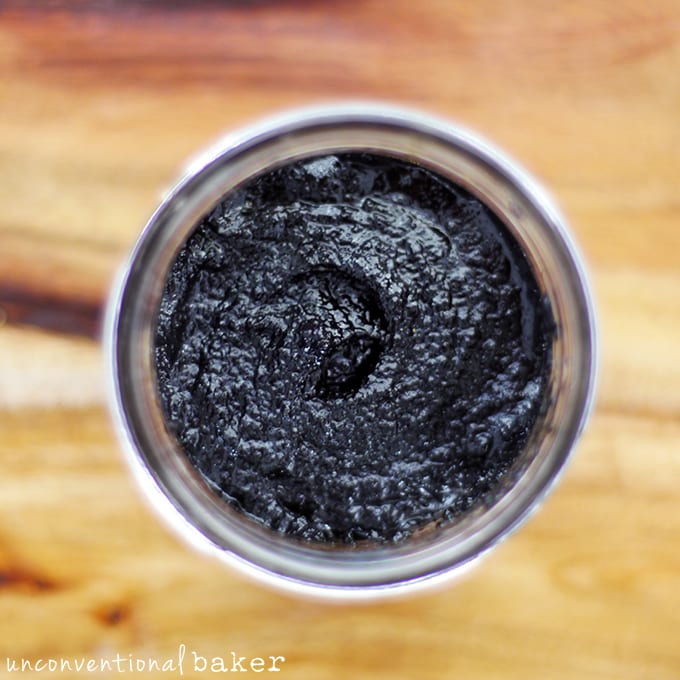 To be honest, I was ok to let it go. I'm not very picky about what I eat. I mean, it's not like I was asked to give up chocolate ;). My husband continued to have it every breakfast. But the problem has always been sourcing -- Vegemite is not sold in Canada. We used to have friends from Australia ship it to us in giant tubs. We sent them maple syrup in exchange, so all was good. But then it just got too expensive. Shipping it here costs more than an arm and a leg. The only option here was to buy Marmite -- the tiniest jar for $10 and it's not even close to Vegemite! No thanks.

There was another complication to this whole story: for various reasons, over the years my husband and I switched to a more mindful way of eating, and that includes eating organic wherever possible and avoiding junky ingredients. That made Vegemite a non-food for us as well as it's got some ingredients we're not too crazy about. Recently, however, while speaking to a friend in Australia, my husband inquired whether there is an organic Vegemite for sale out there yet. The answer was no, and my husband wondered if there's a way to make your own...

So he went on a search and chanced upon an interesting recipe, tucked away as a mere sentence at the end of a blog post about the "funky" stuff that's snuck into Vegemite. Their suggestion was to make your own, with the help of an unexpected secret ingredient:

Black tahini sesame seed butter! We were so curious to see whether a homemade organic gluten-free "Vegemite" is at all possible that we went on a hunt to spot some of this black gold. Warning -- this stuff is not cheap, though perhaps you could find cheaper sources. We were just so happy we found a jar that we didn't mind paying the price for the experiment and looked no further. Plus, reading around online, black sesame tahini appears to be quite an interesting superfood, loaded with all kinds of goodness, and it surprisingly tastes half-way to Vegemite on its own. So I'd say it's worth the splurge in this case. 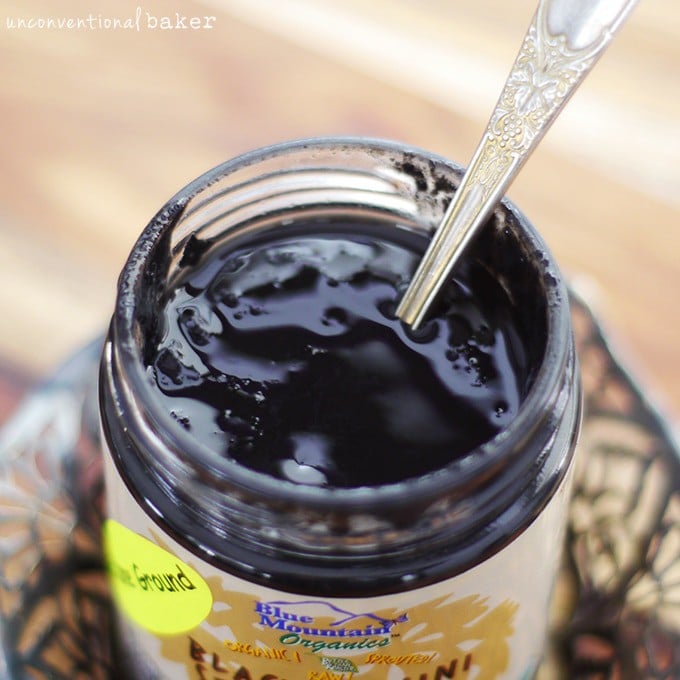 So we gave the recipe a go and absolutely fell in love. Ok, ok, if you're a Vegemite purist, it's not exactly identical in texture, etc. But honestly, this tastes as close as you can come to the real-deal. And it's actually good for you and takes about 2 seconds to make! And I could even eat it because there's no barley anywhere near this recipe. What's not to like?

I actually loved it so much that straight away I contacted Bec from My Goodness Organics, the genius lady behind this organic "Vegemite" concoction. We talked over email a little and I asked her whether I could share her recipe on the blog with you because I felt like this recipe needed to be more than just a mere sentence floating around out there -- I want people to FIND and MAKE this stuff. Thankfully she happily agreed, hence my reason for sharing this recipe with you today.

I've now made several batches of this stuff we tweaked the original recipe ever so slightly in two ways. One: we double the batch because we love this stuff :), and two: we increased the amount of nutritional yeast just a tiny touch because my husband likes it more punchy. You can read Rebecca's original recipe + some interesting info about why you should really be making your own "Vegemite" here. 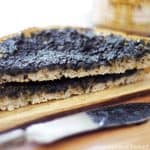 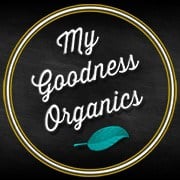 Before I let you go, I wanted to give My Goodness Organics a shoutout and tell you a bit more about about what they do because I'm just so impressed with their company and approach. As I mentioned before, Bec and I talked over email a little and discovered our back stories are quite similar. Through an ongoing battle with autoimmune issues we have both come to a very similar approach to food and diet. I decided to share healthy nutritious recipes for alternative diets via this blog, while Rebecca and her husband took a more physical approach to spreading nutritious and healthy foods -- via catering of custom meals right to your door. Here's a bit more about them from their website:

Their food sounds like a complete dream -- if I lived anywhere near I'd most certainly be more than a regular customer. I honestly wish I had options like this around. Their Instagram feed is always filled with the most amazing-looking meals and inspiration. So I thought I'd take a moment to let you know about what they do -- if you're a local, be sure to check their services out or just give them a shoutout to support their efforts -- after all, catering to alternative diets, while being local + organic, and done with knowledge and love, is not an easy feat! Plus, they brought you this "Vegemite," so they must know a thing or two ;)