So I had all these other recipes I was planning to share with you, but I made this gluten-free vegan peanut butter and marshmallow tart last night, and it was so amazing I couldn't resist sharing it with you straight away. After all, I wouldn't want you living one more day not knowing about the existence of this amazing tart ;) 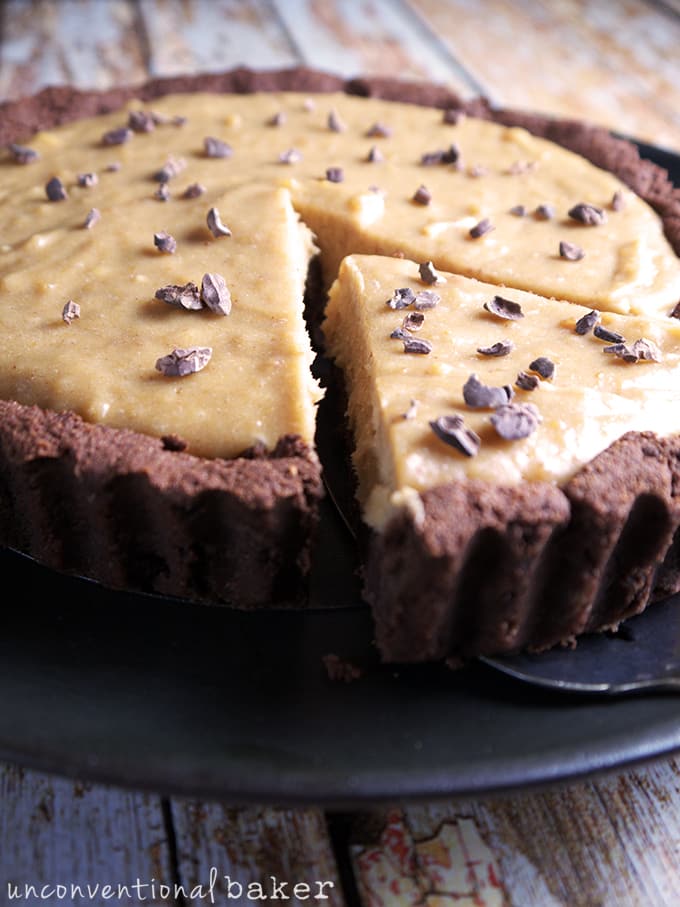 It's not a recipe I invented. I actually came across this peanut marshmallow tart recipe once while searching for something new to make out of pb and marshmallows and it really caught my attention. I mean, doesn't that recipe look totally incredible? How could I resist trying to de-glutenize and veganize it! :)

I finally got around trying it out last night and it was actually very, very easy to make. The hard part is waiting for it to set a few hours (no, I totally didn't eat my first slice at midnight... why would you even think that?!). So below is an adaptation of this peanut butter and marshmallow tart for those on a gluten-free and vegan diet: 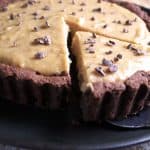 *Recipe is adapted from Taste.com.au.

I made a mini tart (7″ pan), but you can easily double this recipe for a full size tart pan. 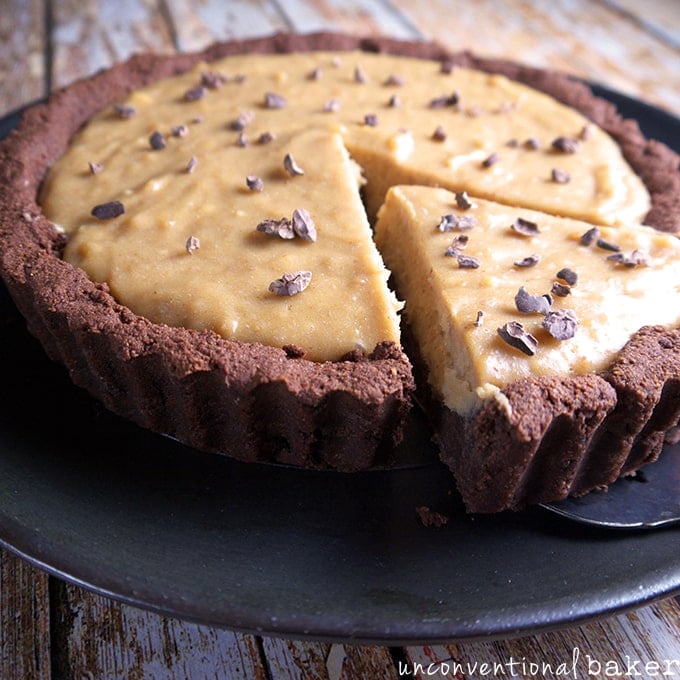