Ok, what season is it... Sometime in early spring(!) I made a delicious baked chocolate carrot cake, and promised to share the recipe later. Except you know how life gets... 6 months later, I got a nice "Hey, where's that cake?!" reader email reminding me of the aforementioned promise. 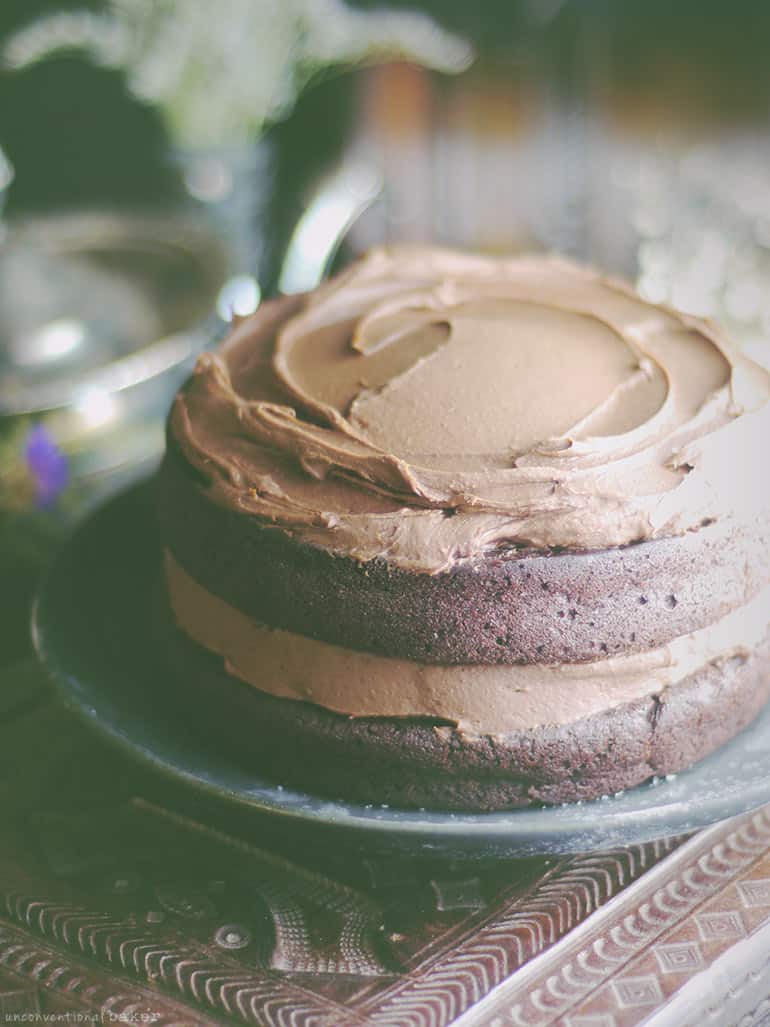 So where was the cake? Well by this point the recipe had gotten a bit buried, but luckily after a rummage through paper / sticky notes and online docs, the long lost chocolate cake was rescued from the depths of my chaotic baking archives. Yay :)

Now any lost recipe hunter knows that the only responsible thing to do when so much time has lapsed since the original recipe was documented is to... you know, test it again. Just to be sure it's the correct rich, gooey, mega-chocolatey cake recipe you remember.

Happy to report it's just as good as it was 6 months ago. Yep, delicious alright... 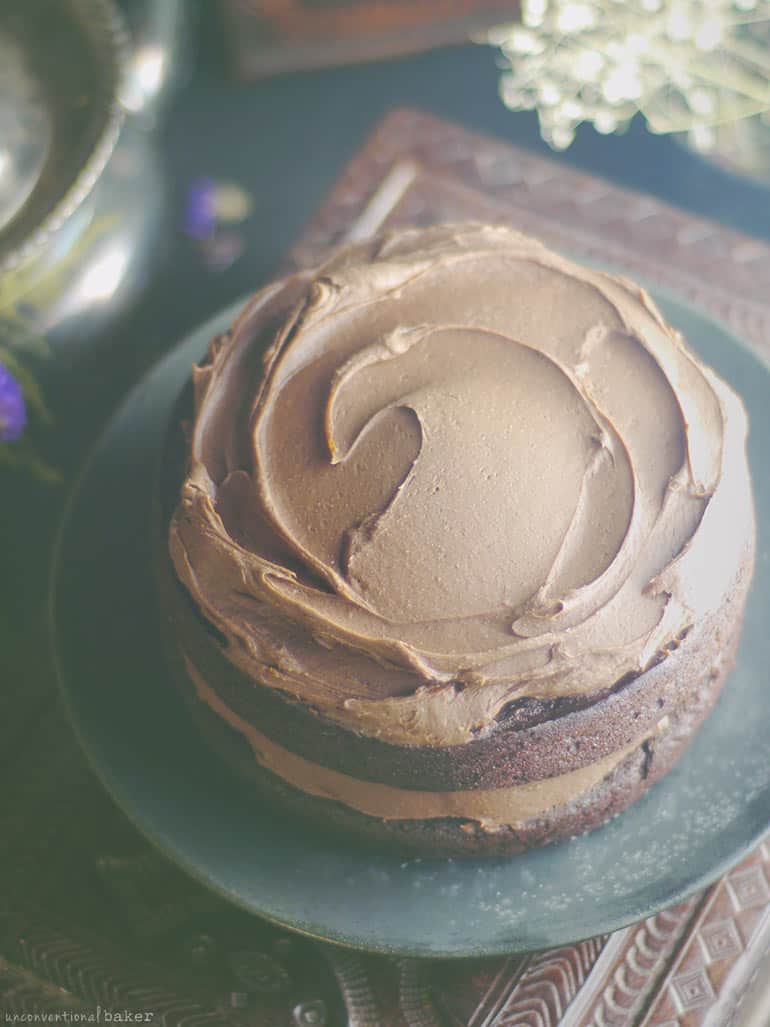 This is a layer cake recipe, left "naked" for the sake of simplicity by only frosting the middle and top. If you're not a layer cake kinda person, or don't have a special occasion to make this for, it works well as a sheet cake, too -- single pan, single layer of delicious frosting, zero fuss. All the chocolate.

And speaking of frosting, when I made this the first time I didn't include the cashew butter in the frosting -- the result was more of a firmer chocolate ganache. With the added cashew butter in there this time though, it became thick and fluffy, and uber satisfying.

A pinch cinnamon thrown in is lovely, though optional. This frosting would work great with other flavors, I'm sure -- like peppermint, or a hint of almond extract, orange extract, etc. Somehow the warm tone of cinnamon made a lot of sense to me with a carrot cake profile. 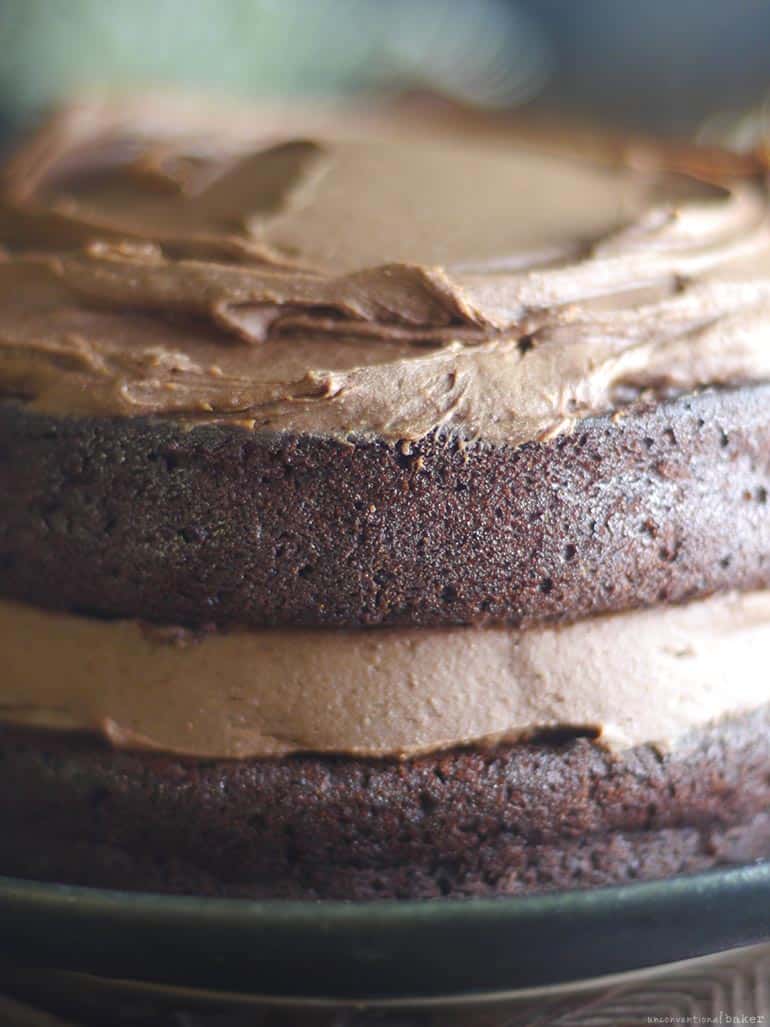 By the way, unlike a regular carrot cake, you can't taste too much carrot in this chocolate version. You're basically relying on the goodness of sneaking veggies in there more for nutritional content, moisture, and a hint of flavor.

Just thought I'd mention that in case you're expecting something super carroty... (if you are, you might want to try this or this recipe instead). 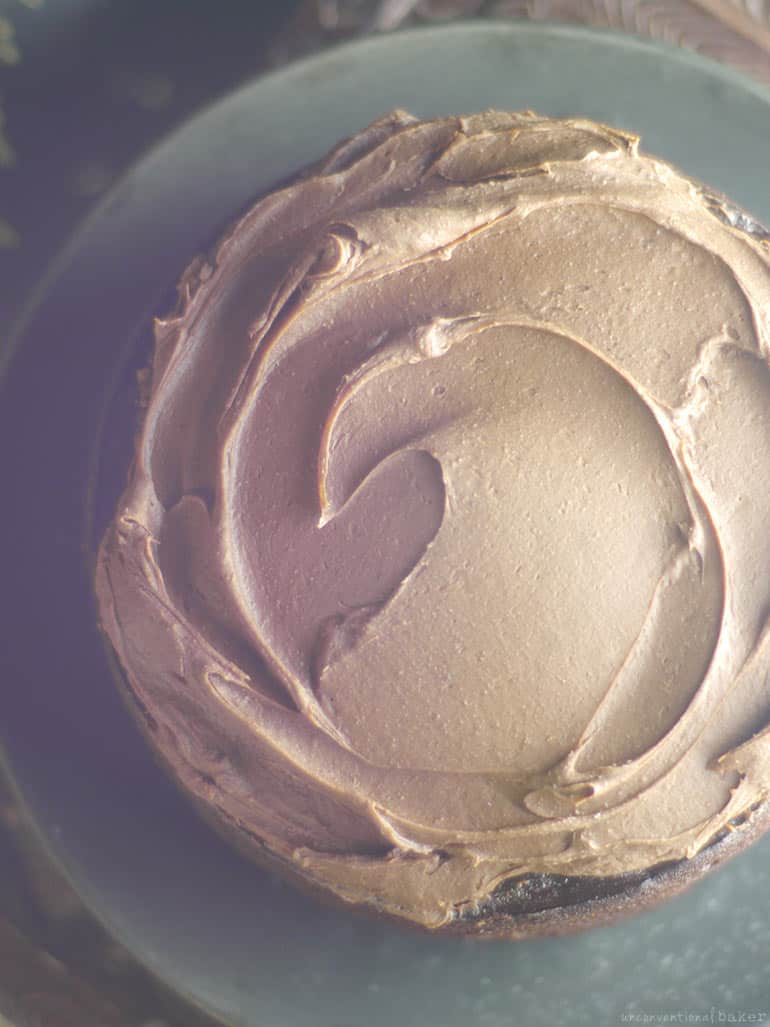 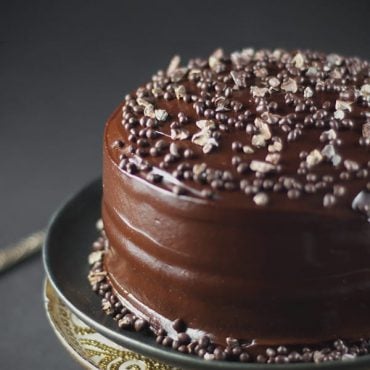 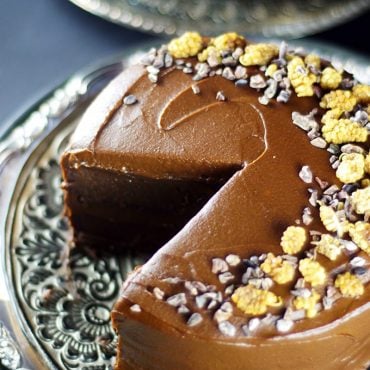