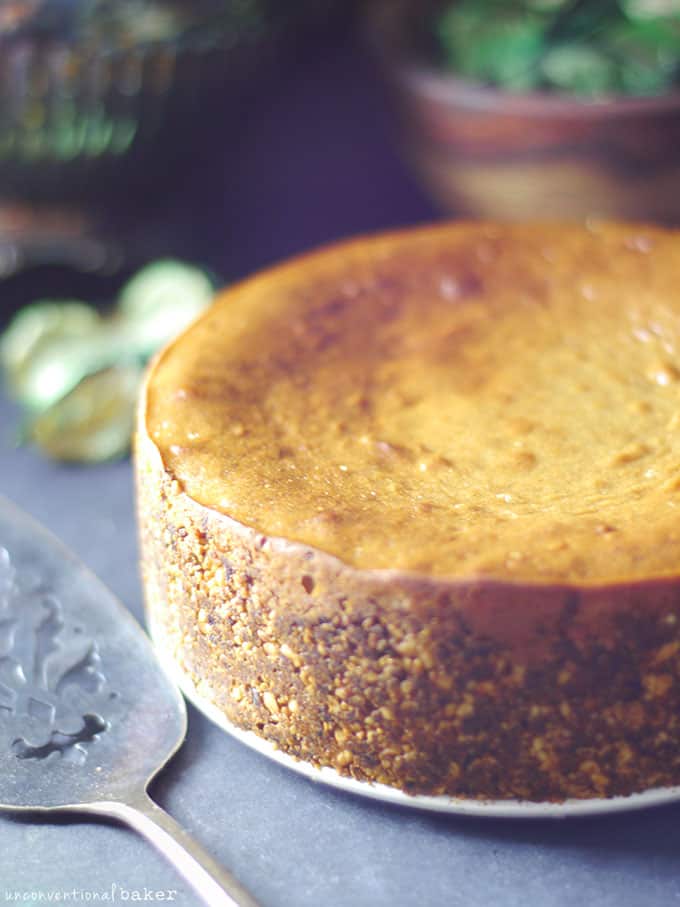 I BAKED a cheesecake for a change... Like a regular ol' cheesecake. Almost conventional, I know... except somehow the dairy, eggs, sugar, and gluten got left out... oh and so did the grains and oil... and pumpkin. Oh and no soy. Ok, I can keep telling you what's NOT in this cake, but let's talk about what's in it instead :D Because I'm sure you're going to want this easy baked cheesecake cooling off on your own kitchen counter very soon... 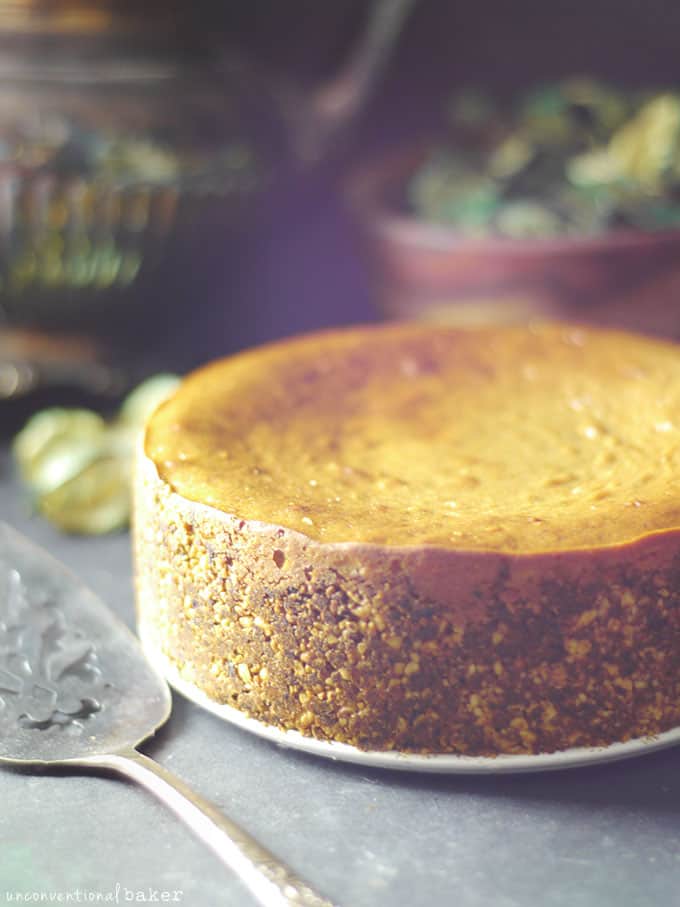 But first, I have to share why I turned my raw cheesecake world upside down and decided to bake one for a change. The truth is...I have a problem. I'm a raw cheesecake fiend! Anything and everything that enters my kitchen ends up being "cheesecaked". Daily. Raw. No-bake. Cant. Stop. Half my book is raw cheesecakes... There's been so much cheesecake in this space lately that I seriously started considering renaming the blog "Unconventional Caker" :) The bottom line is, raw cheesecakes are MY WORLD right now.

But then I got a request from someone for a baked one. Then another. Then another... Then people who have been enjoying the raw cheesecakes were requesting a baked one for variety as well, or for family functions or there was someone transitioning into a dairy-free lifestyle who still had a soft spot for classic baked cheesecake. Anyways after about the tenth request I snapped out of my raw cheesecake stupor and realized it was time to get baking...

**As a side note, one of these lovely people actually tried to bake one of my raw cheesecakes -- and it did NOT come out as expected... So now we all know to give that option a PASS :)** 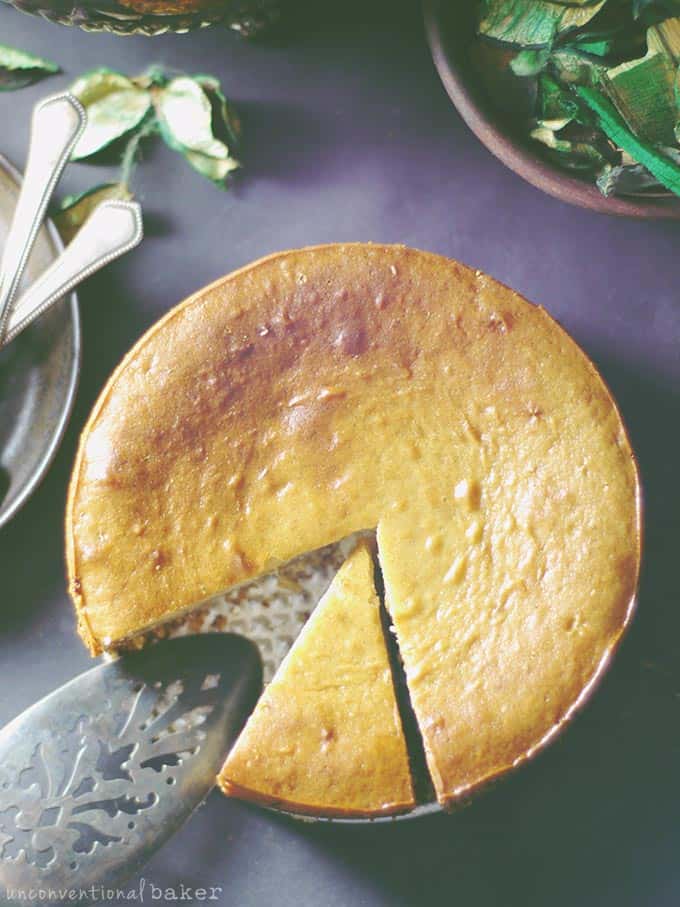 So what would you put in a cheesecake with no gluten, dairy, eggs or refined sugar? The only other "no" you guys requested was no pumpkin, because not everyone can find it in certain places in the world. (Pumpkin was my first thought actually; check out my friend Natalie's super quick recipe for instance).

Mainly, I really wanted to keep things simple and as "normal" as possible. One of the snags I ran into was that I live remotely, which means shopping happens very rarely, especially middle of winter, which translates into making things only out of what I have on hand in my pantry until the next shopping trip. It took many tries to perfect this recipe. I feel most of those attempts were super close and just required a tweak or two each, but nearly each time I didn't have more of the ingredients needed to retry with the tweaks, so I had to start over with a brand new idea for the next attempt each time... until suddenly it happened!!! 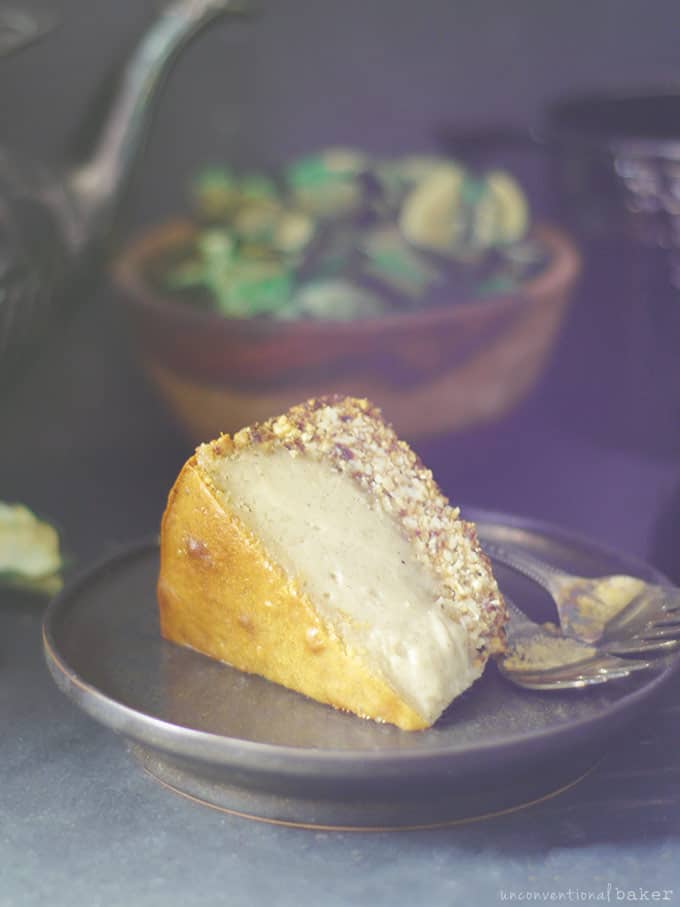 Turns out cashews + yogurt = cheesecakey tanginess! I have a super oldie recipe on here for a no-bake cheesecake using cashews and plant-based yogurt and it's always been a massive hit, so this combo is making a reappearance in baked form.

On that note, I'm positive any plant yogurt should work. I used one that I quite like -- non-gmo, agave sweetened, no carageenen, and so on. As clean as the commercial ones come around here. Use whatever yogurt you like most though -- the flavor might differ a touch, but it'll get you there nonetheless I am sure. 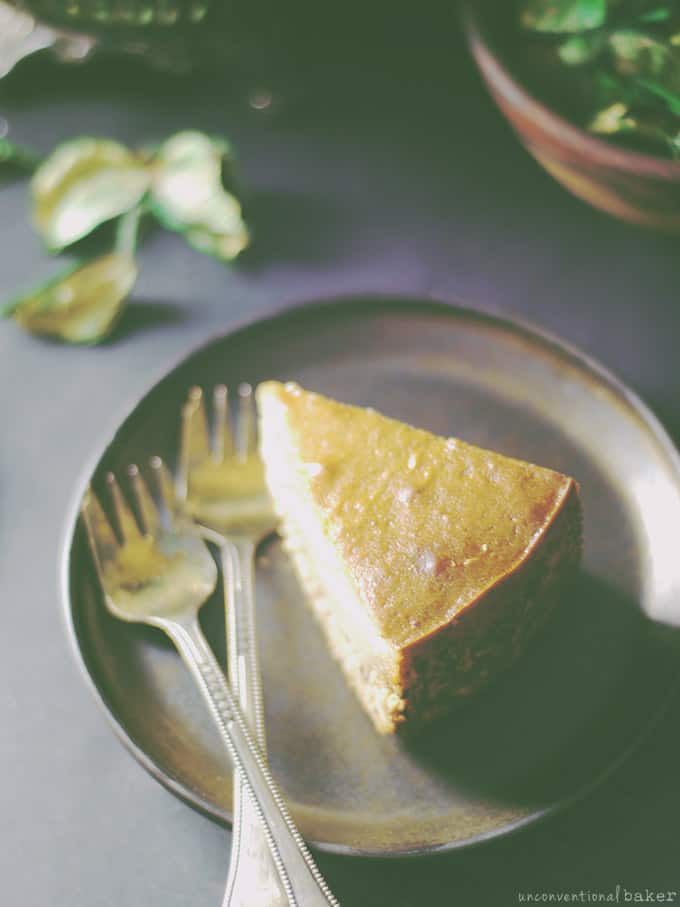 There was one more little trick to get this cheesecake filling to set. Agar is the typical go-to for something like this. I do love agar, but somehow the thought of the extra step of first cooking and dissolving the agar prior to adding it in just didn't seem appealing (especially facing so many attempts at this baked cheesecake thing -- agar is expensive!). Plus I know that every time I share things with agar a bunch of you run away because it's intimidating to work with it if you're unfamiliar... So instead I used some psyllium husk and that was perfect. Super pleased with the results and I love that it's such an easy workaround for the agar... Just add it in with the rest of the ingredients and blend. Bake. Cool. Done. 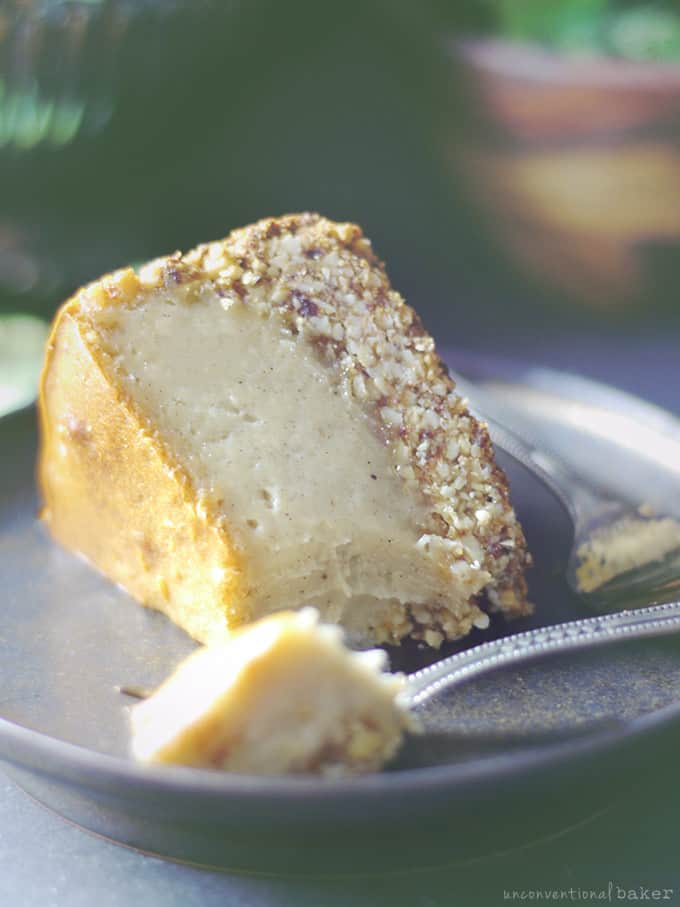 The end result is the most delicious MELT IN YOUR MOUTH baked cheesecake. So delicate, almost brie-like when you bite in (though I must admit it's been a loooong time since I had brie; hope my memory isn't deceiving me ;) ). If you want it a little firmer you can change the ratio slightly -- a bit more cashews in exchange for a bit less yogurt (just don't go crazy there or you'll lose that cheesecakey flavor). I love this on the delicate side myself. Make sure you let it cool completely before slicing in, and you'll be all set with simple baked cheesecake deliciousness. 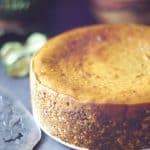