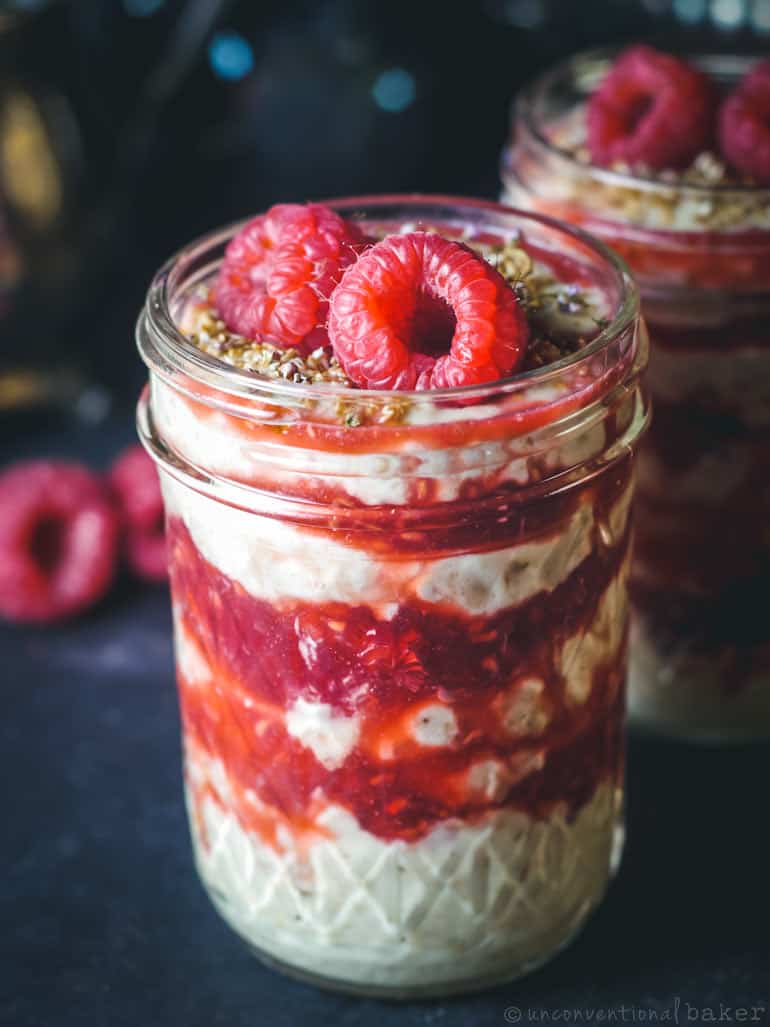 Sharing another simple treat today: a vegan version of cranachan -- a traditional Scottish dessert made up of layers of whipped cream, toasted oats, delicious Scottish raspberries, and some Scotch whiskey (optional).

It's a simple parfait-like pudding dessert, and there are so many possible variations relying on a few flavorful ingredients you likely have at home. Easy! Plus this recipe can double as a fancy breakfast treat too...

Although it's probably a major transgression to take the whiskey out of a traditional Scottish treat, I'm just not a big fan of alcohol in something like this, so I prefer to leave it out. But up to you how you want to roll here, and you can increase the amount to your liking.

Last, but not least, keep in mind it's a treat best served freshly made. The good news is that it's super quick to whip up on the spot, and often it's actually served as an assemble-it-yourself-at-the-table sort of a treat so you can always go that classy route if you run out of time ;) 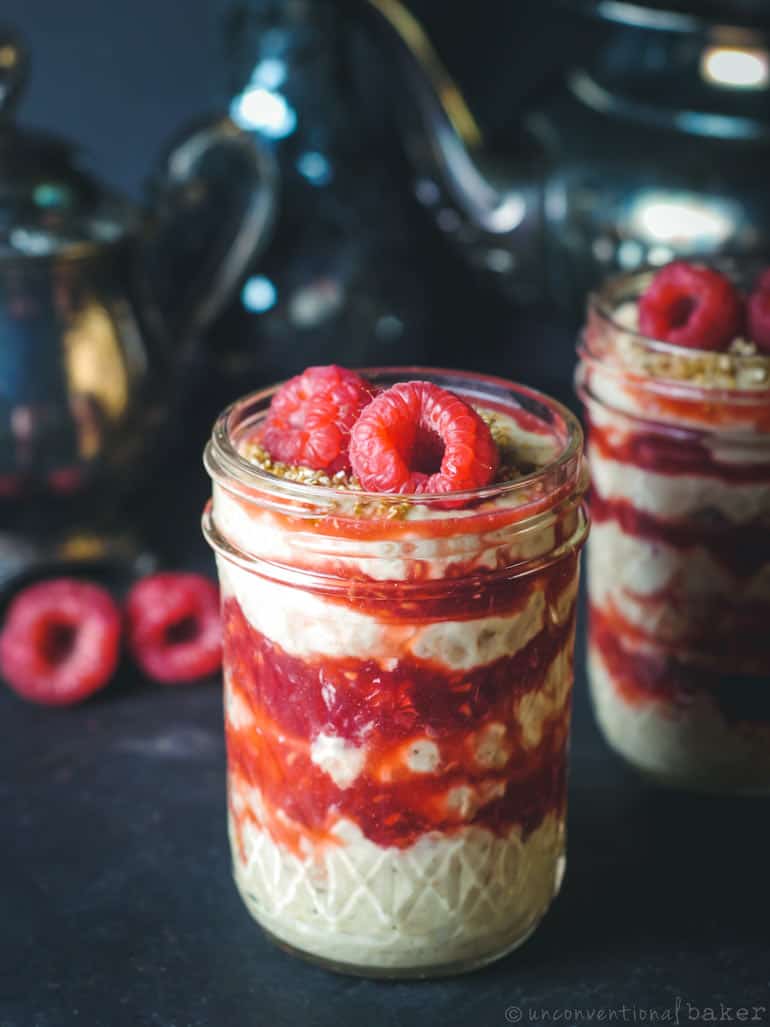 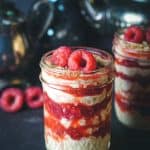 3. WHIPPED CREAM: whip the coconut cream with a hand mixed until fluffy, then add in the maple syrup and whiskey (if using) briefly mix again to combine. Reserve about a tablespoon of the toasted oats mixture for garnish, and gently fold the rest of the oats into the whipped cream with a spoon.

*Coconut whipped cream can be made at home from a can of full fat (aka "regular" coconut milk, not "lite"). I like the Thai Kitchen brand best for this purpose, and for this recipe I used two of the small 160 ml can. Chill the cans in the fridge overnight, which will cause the cream to separate in the can and firm up near the top (when you open the can you’ll see firm firm white stuff gathered at the top — you should get about ⅔ cup of it). You want to scoop out this solid white cream only into a mixing bowl, taking care not to scoop any of the coconut water along with it (as it will make your whip runny and not stiff). Note that it’s very important for the full fat coconut milk can to be chilled first so it separates. If the solids aren’t this thick when you open the can, the whip isn’t going to work as well and will be too runny: