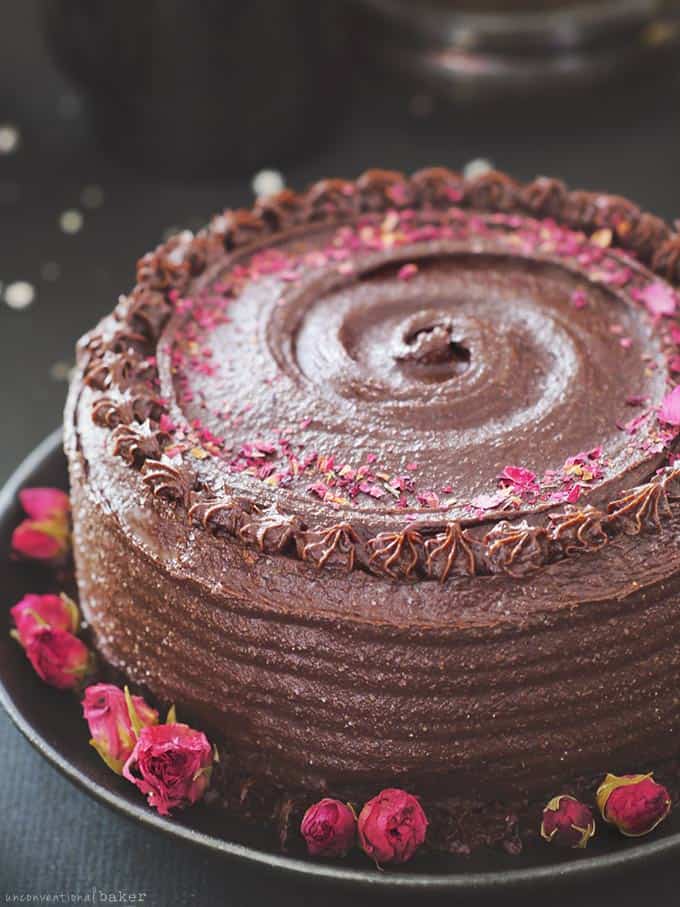 I’ve been dying to try some chocolate carrot cake after seeing a few recipes floating around the web last year. And also wondering how is it that Carrots and Chocolate have never been introduced to each other in my kitchen before? Well, this week I finally got down to it (yes, it took me whole year to get to this!) I headed into the kitchen to make a warm, fresh baked carrot cake and then somehow ended up with a raw chocolate carrot cake version instead — because, you know me and raw cakes!  I did squeeze a baked version in too (coming soon)… but the no-bake version was quite lovely, so I thought I’d start by sharing this one with you… you know, get the weird recipe out of the way first ;) 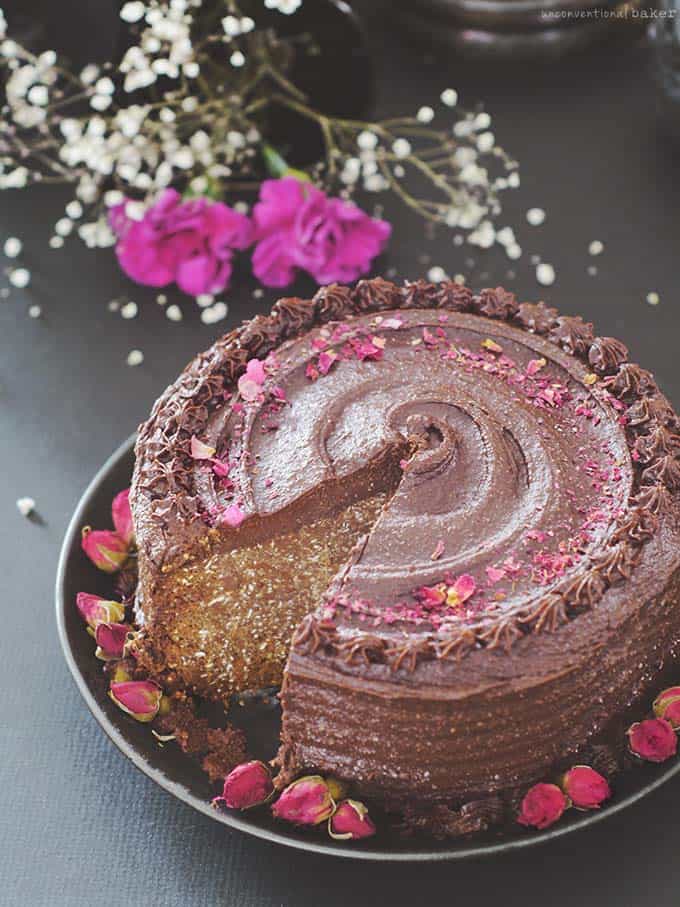 So where to start… well, let’s just say you have no reason to take the next year to make this because it’s extremely simple to make. Process the filling (just have patience and keep pausing and scraping down those sides as needed), squish it into a springform pan, and freeze to let it set. Then frost and chill. And DEVOUR. No dairy, no gluten, eggs, refined sugar, and also no oils, coconut, or nuts… Done!

Here’s the caveat: The recipe does use gluten-free oats. So for you Aussies and anyone oat-sensitive, you may want to check out this raw carrot cake recipe instead (try adapting it by adding cacao) — and stay tuned for the baked version in the next day or two ;) 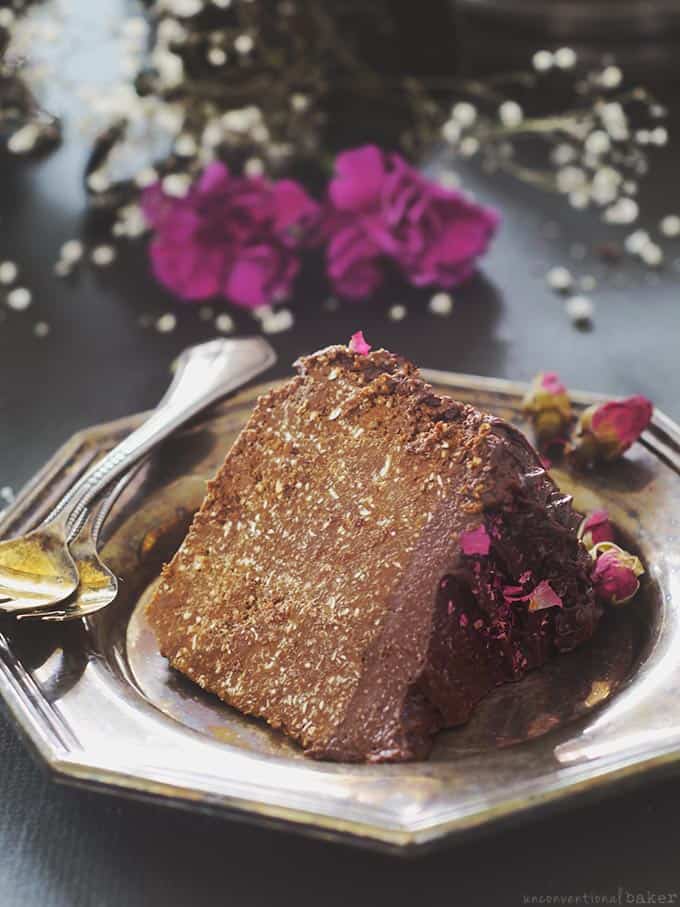 Now, I do have one tiny little mishap to confess. Notice anything strange about the slice above? Like how big and tall it is… and how it’s MISSING the filing? Ok maybe most people wouldn’t notice, but in my hasty, spontaneous chocolate-making glee, I sort of mixed up two ideas in my head. One was making this cake a two layer 6″ beauty, the other was making an elegant, single layer 9″ piece. Somehow I ended up with a 6″ but with only one layer! It only dawned on me that I forgot to cut the cake in half before frosting when I noticed I had aaaall this extra frosting left over, which was intended to be the filling. Eeek!

So, I ended up cutting my slices in half and spreading extra filling on top. No biggie and still very delicious. But yeah, don’t do that. My advice is to just make it a 9″ or 8″ flatter springform cake — less hassles in the slicing and filling department ;) — that’s what I’m doing next. 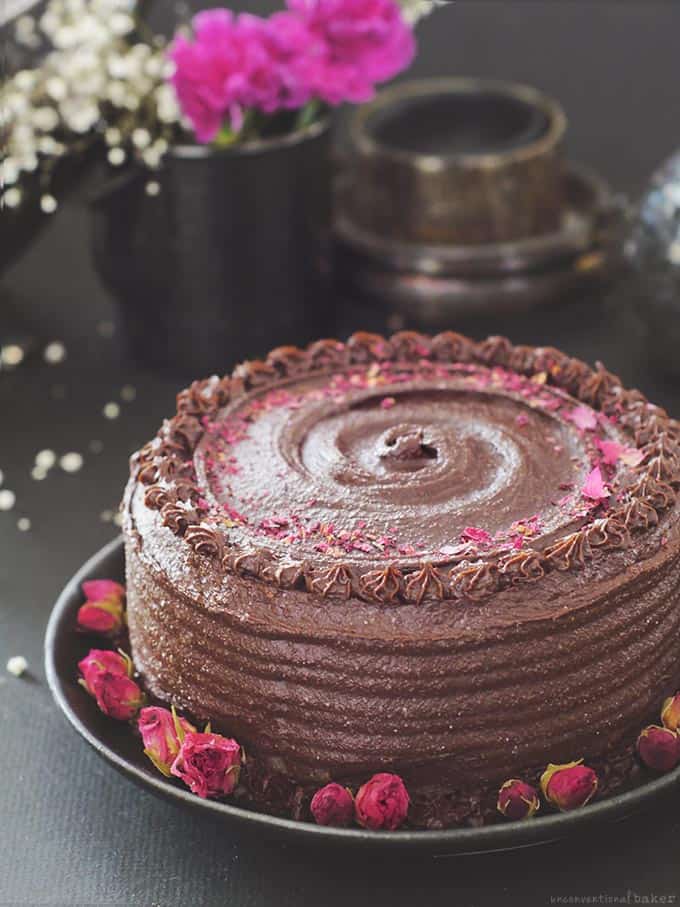 Disclaimer: this post contains affiliate links for the jam, pan, rose petals, and blender I used to make this cake. 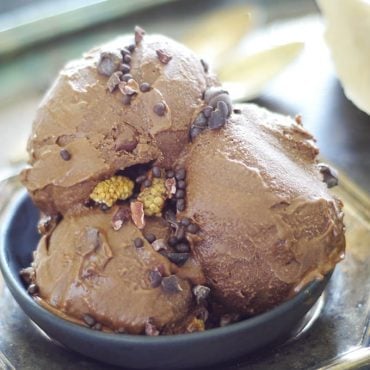 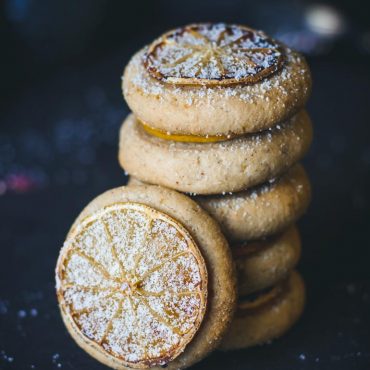