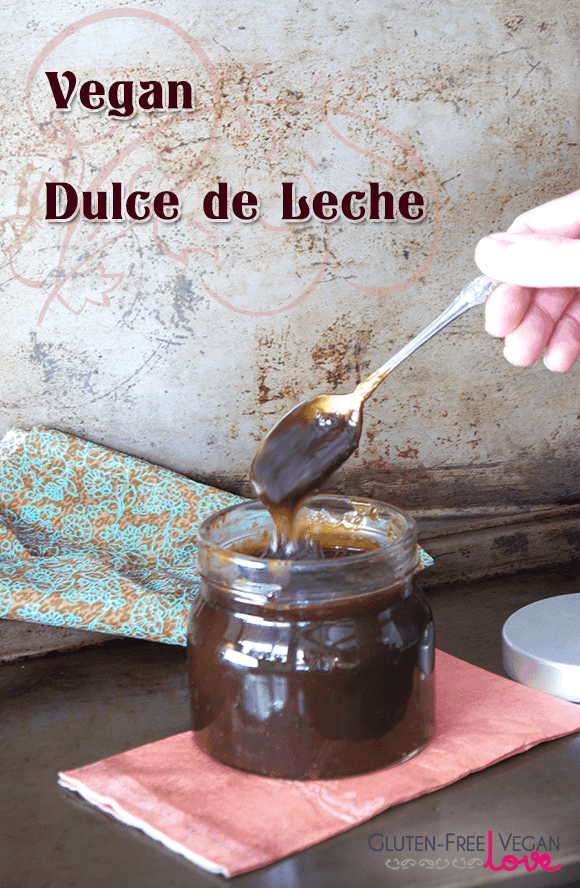 Dulce de leche — or a sweet, milky, caramel sauce in general — is something I never dreamed of being able to have once I went dairy-free. I was actually surprised though how easy it was to convert a traditional recipe into a vegan dulce de leche! It’s really one of the easiest gluten-free vegan things I’ve ever made, and I dare say one of the most delicious too. Dulce de leche and I go way back — I grew up eating this stuff straight out of the jar, but I’ve since matured into using it in cake recipes, on ice cream, and as a spread (though you may still catch me with a jar and spoon in hand occasionally… ;) ).

Note: you’ll need to make this when you’ve got a few hours on hand just because you need to stir the pot occasionally, but other than that it’s really not a fussy recipe at all.

If you want this to be a very thick mixture, like if using inside of a cake layer or if you just prefer a thicker (non-runny) spread, you may want to thicken it even further by adding 1-2 tbsp arrowroot and 1/2 – 1 tbsp coconut flour in the last hour of cooking it. To add the thickener you’ll need to make a slurry first so as to avoid arrowroot and flour clumps in the dulce de leche. The way to add it in is to first mix the arrowroot and coconut flour in a separate dish with a little bit of water (or more non-dairy milk). Whisk it well together until all the lumps have dissolved and then add this paste into your dulce de leche mixture and mix it thoroughly. The dulce de leche sauce will begin to thicken within a few minutes of whisking it on the low heat. Omit coconut flour if you want the mixture to look more gelatinized, and just use arrowroot alone.

This post contains an affiliate link for the sucanat I used. 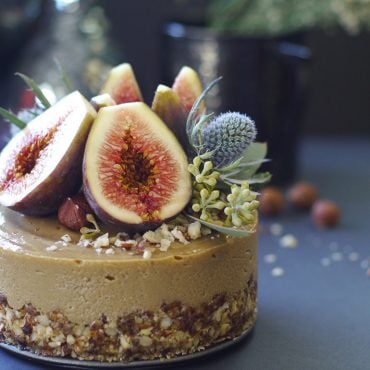 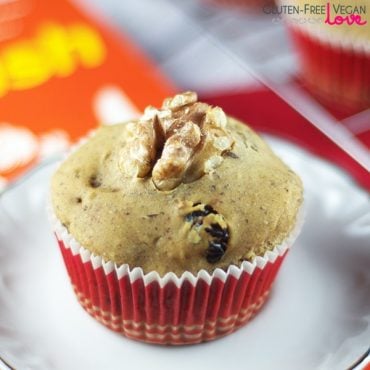