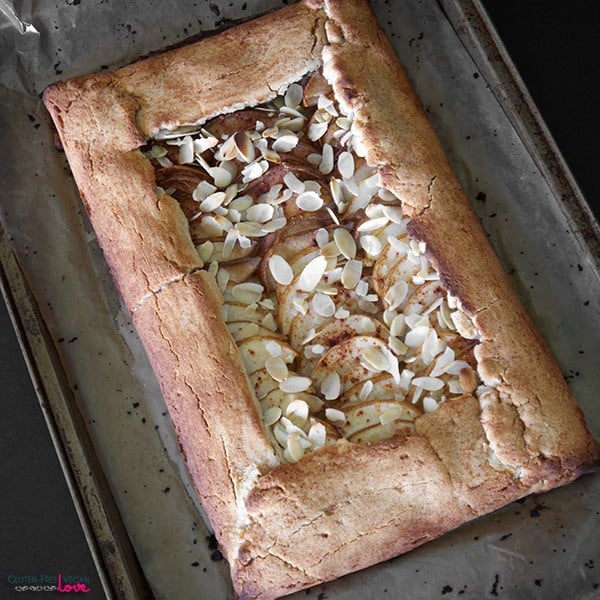 Perhaps it’s the approaching early fall harvest season or maybe just the cooling weather, but I’ve been more in a traditional baking mood lately and so I ended up with this paleo and gluten-free vegan rustic pear galette the other day. It was a perfect finish to a cozy meal with some visiting friends, and pairs remarkably well with some vanilla ice cream or yogurt (non-dairy for me, of course ;) ). You can substitute some apples or other fruit in here as well and it’ll be just as tasty! (Though note that berries will juice more and you’ll end up with a messier — but no less delicious — galette).

Now, the galette crust being gluten-free, vegan, paleo, and refined sugar-free means it needs extra care as it’s not as flexible and stretchy as a typical doughy crust and can easily break or tear if not handled correctly, but I really wanted to keep it paleo and also free of butter and eggs (the things that typically make for wonderfully elastic dough) and I was determined to make it work, and it did :) . I used wax parchment paper to help fold those perfect edges over (explained in step 5), and so you’ll need some parchment paper (or wax paper) and a cookie sheet to make this recipe work. It’s really simple though, and actually it left the edges really straight, rounded, and perfect, so I think I’ll be using this technique for all similar creations in the future. End of disclaimer :) . And now to the recipe: 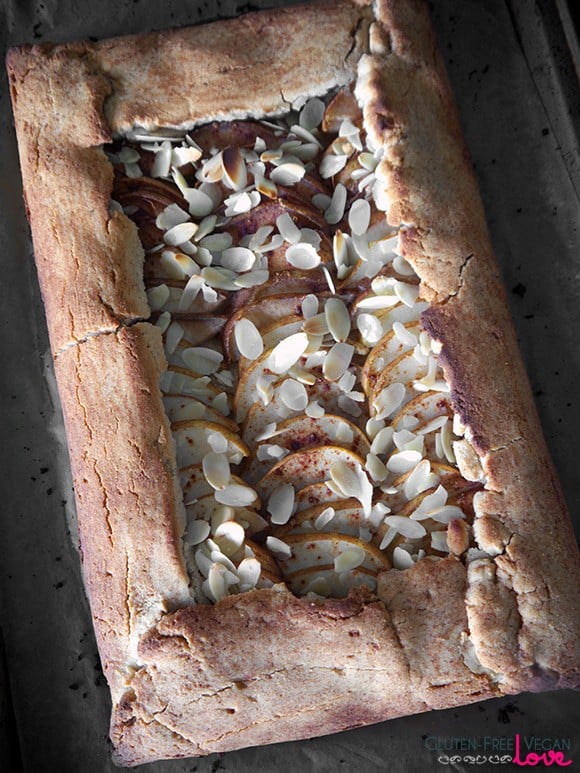 This post contains an affiliate link to the coconut manna used. 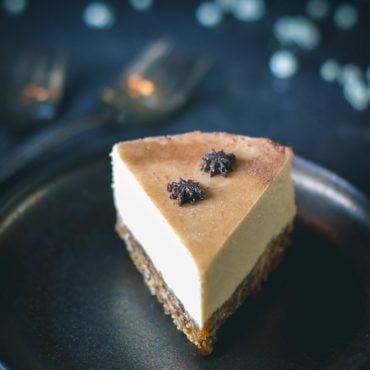