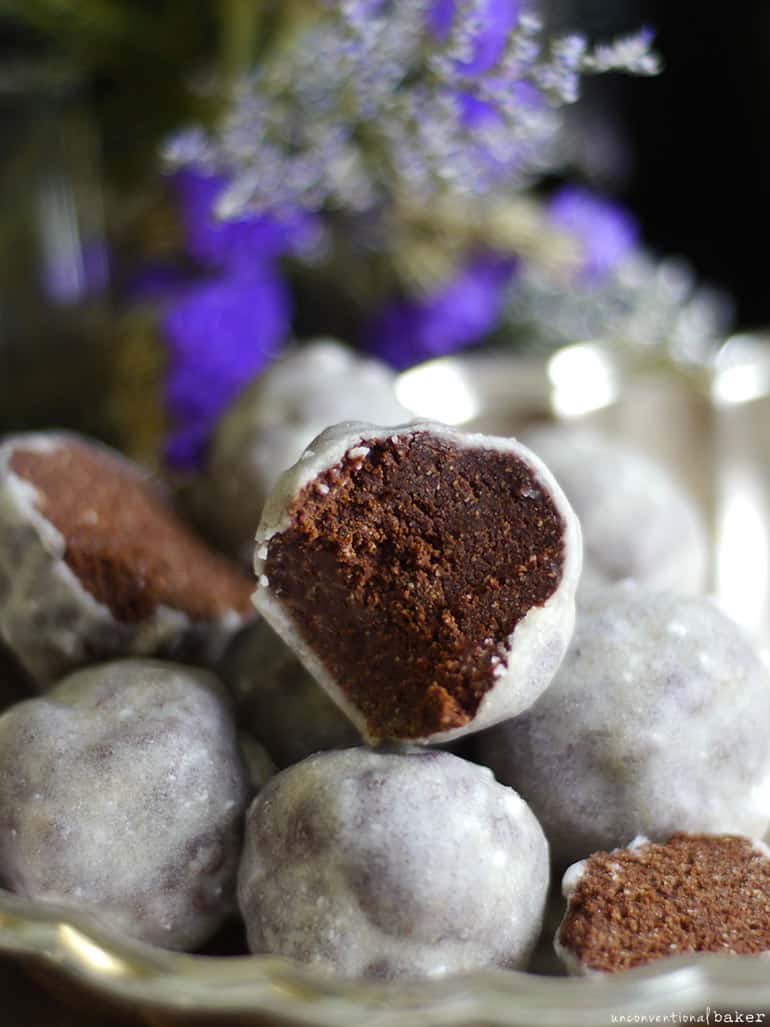 Move over grease-laden, deep-fried donuts… this no-bake version is my go to fix. Especially this time of year when foodie temptations are at their max and we’re likely being more naughty than usual already with our choices… (guilty, I fess up!).

So actually, these aren’t exactly “donut” holes. But they are yummy, and they taste the part (especially the chocolate ones), and look the look, so “donut holes” I dub them.

Really, here’s where I’m going with these sneaky little glazed bites: This time of year many people share lots of lovely celebration desserts to grace dinner tables, enhance family gatherings, and be enjoyed at celebrations of different kinds. But, there are already lots of good choices for epic shareable desserts on here, so instead I wanted to talk about the other thing we sometimes do at holidays…

…and that is wrecking desserts and creating all manners of baking disasters ? No doubt the plague of most adventurous bakers or those seeking to make something yummy in a rush, under pressure, last minute, and / or while improvising. Raise your hand if you’ve been there :) 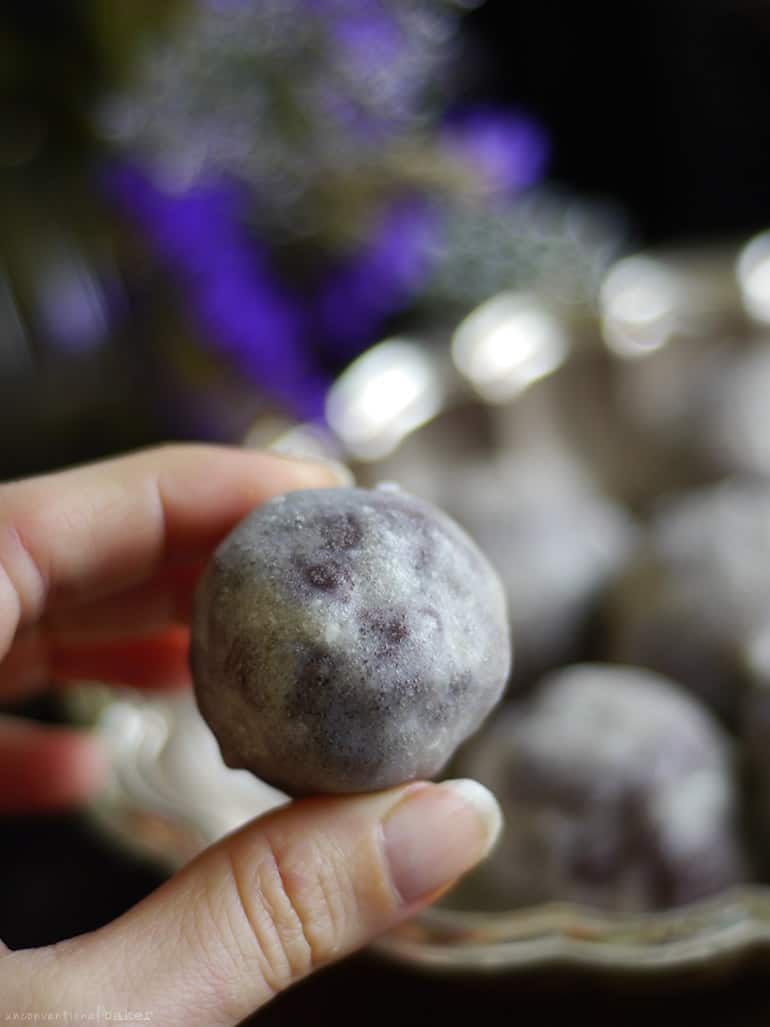 Well, despite having an arsenal of go-to recipes, baking disasters certainly don’t skip my kitchen either. In fact, my kitchen is often literally “littered” with disasters as I make things up, experiment with new ingredients, and so on. For me it’s part of the game, and never a discouragement. Well, maybe not never, sometimes I get pretty bummed out about that cake that fell apart on me, or those muffins that came out too dry / wet and sloppy, or that quick bread that came out not tasting quite right…

But I use each opportunity as a learning curve. And always try to salvage the not-quite-there-but-there’s-something-to-’em botched experiments and make the most out of them. Especially, since ingredients don’t always come easy, and are often pricey too, so I try and put them to good use as best as possible.

The not-so-great cookies often become a crumble, or form a part of the next cheesecake crust (just grind them up / crush them up and use straight away or freeze for later use). The so-so muffins, quick breads, and cakes tend to become “cake balls”, “brownie bites” to add to ice creams or my breakfast bowl, “cake pops”, and often donut holes! 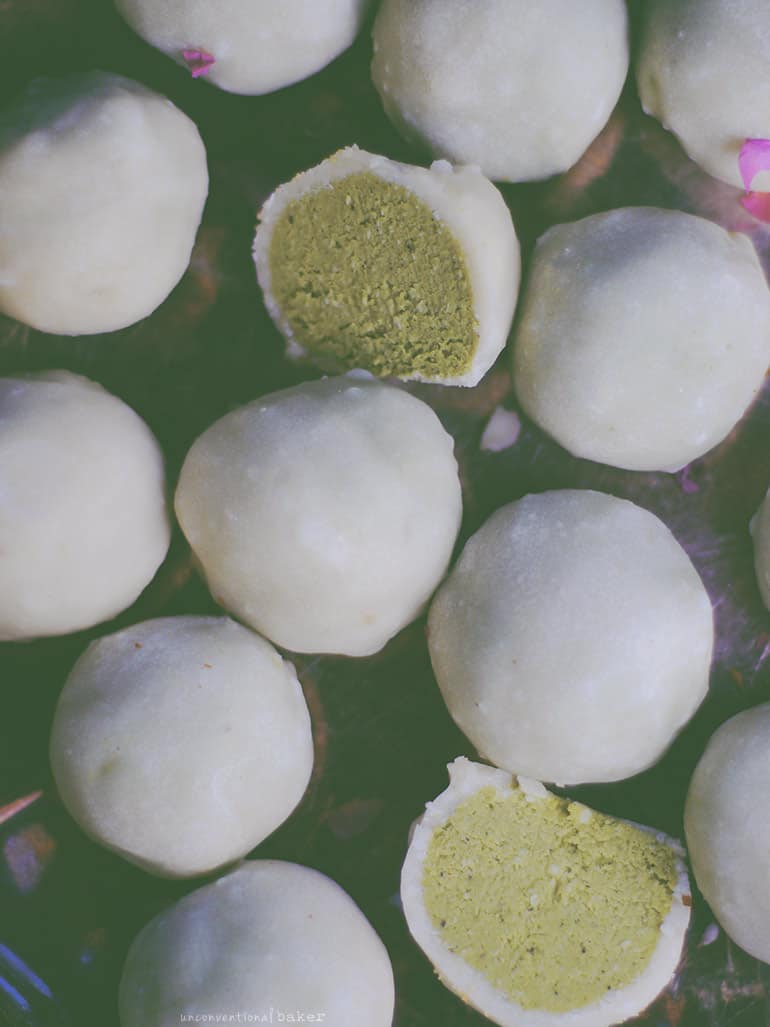 And finally getting to the point here… those “donut holes” are what I actually wanted to share with you today. This is my all-time favorite way to salvage the nearly-there cakes or baked goods. Just break them up into even size lumps, roll them into a ball with your hands, dip in a magically simple 2-ingredient glaze, and voila! An entire dessert made up of stuff that nearly landed in the garbage ? Rescue mission accomplished.

Note: if your cake / baked treat failed because it’s too dry (too dry to even roll into a ball) or is not flavored right or just needs an extra little flavor fix, you can always toss it into a food processor and add a touch of water / plant milk / coconut oil / maple syrup (pick your “liquid” here), and a touch more flavor (be it more sweetness, some cinnamon, more vanilla, etc.), process briefly to combine and get those balls rolling. 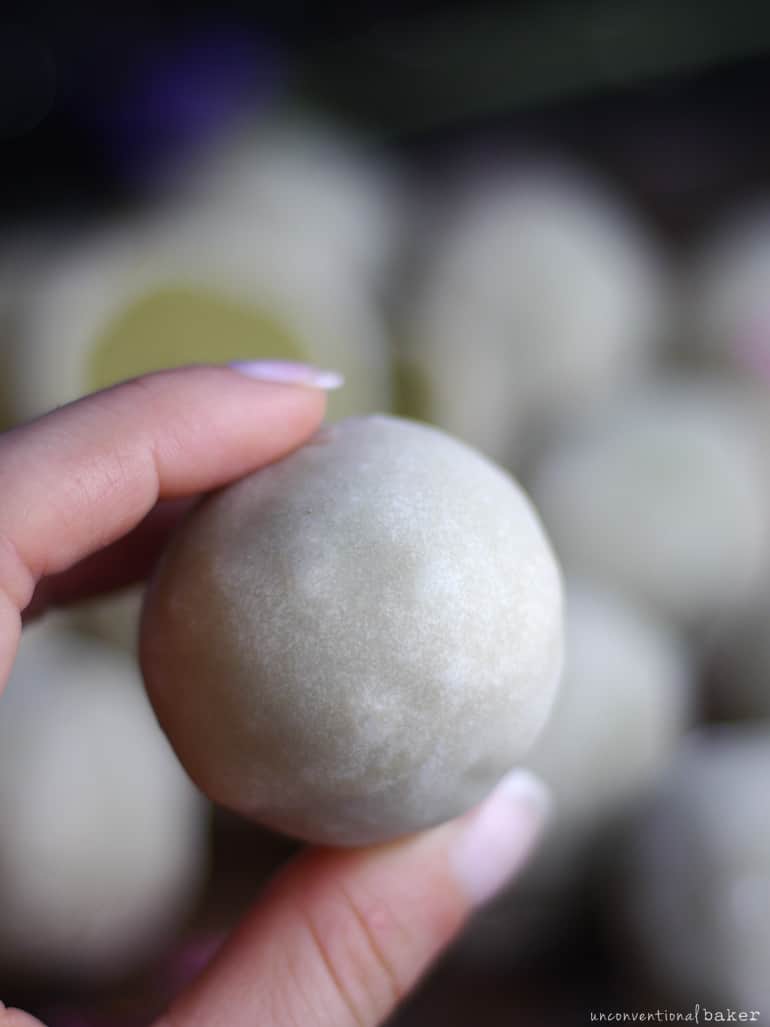 Of course, to make these glazed bites, a burnt and broken cake is not required ?. But that is how I ended up making these donut holes the first time around: made a chocolate cake that was a bit too dry for my liking, but sort of borderline and kind of yummy despite the dryness. Turned it into little dessert bites and glazed them, and the glaze added the perfect layer of moisture. I served them to my guests instead of the cake and everyone loved them.

Since then I’ve been making glazed donut balls in all sorts of shapes and sizes, and of course even intentionally as such (i.e. w/o having to wreck a cake first…). So if you have a dessert you need to salvage, use the glazing part of this recipe to rescue your goodies. If you don’t have a dessert, but just have a hankering for some “donut holes” (or “timbits” as we call them here in Canada), make a batch of these brownie bites or blueberry coconut bites and glaze. Problem solved. ✨ 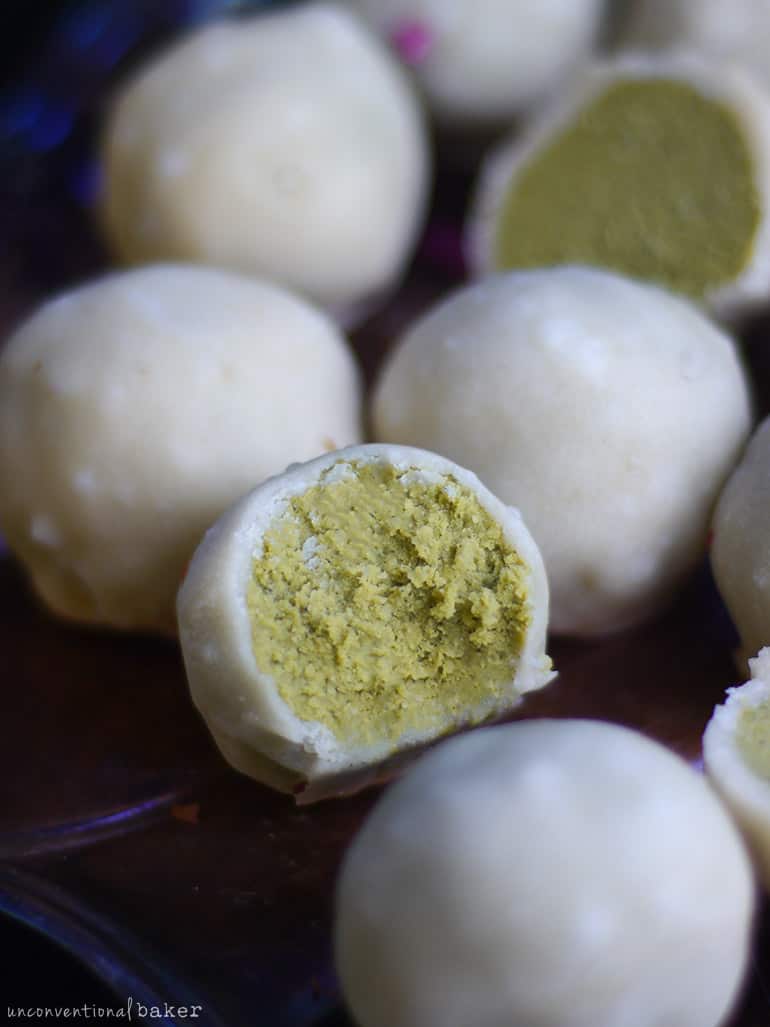 No-bake gluten-free donut holes are the perfect way to salvage baking disasters! When your vegan cake/ cookies/ muffins don’t turn out, use this recipe. So good!

*The coconut oil needs to be at the right consistency for the recipe to work. It has to be softened, but not melted or hot in any way. If it’s fully melted (i.e. a runny liquid), it will separate from the maple syrup as you try to mix. The correct color should be white (not clear), and the texture should resemble applesauce (not thin like a cooking oil).

** If you need more tips on how to wipe off excess glaze from your balls most efficiently, without spoiling the look of the balls, there’s a video demo available in the Unconventional Treats book & video pack.

*** Note: the basic premise in this recipe is that the glaze sets when it comes into contact with something cold (because coconut oil gets liquid when hot and solid when chilled). This is the reason for freezing the balls first. Likewise, having a chilled tray to set the glazed balls on helps the glaze not to spread out onto the tray, but instead set upon contact with the cold tray. Having the tray lined with parchment paper first will ensure an easy separation from the tray. 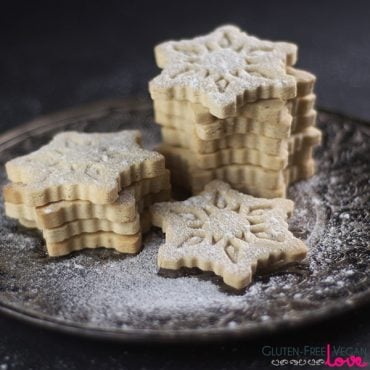 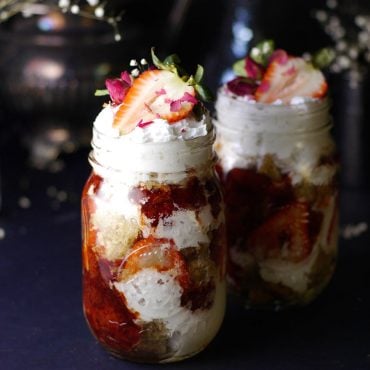